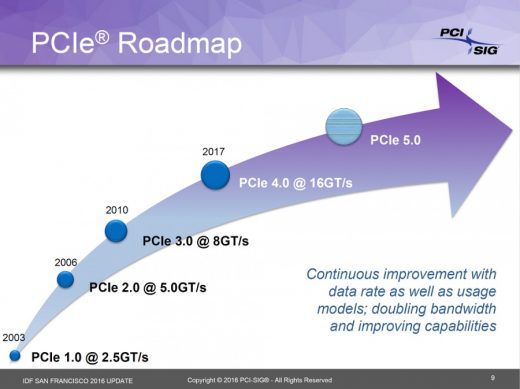 PCIe 4.0 Might Not Require Your GPU to Have PCIe Cables Attached for Additional Power

PCIe 4.0 Might Not Require Your GPU to Have PCIe Cables Attached for Additional Power

The increased power delivery of PCIe 4.0 could mean that GPUs will only require that PCIe slot to grant them all the power that they ever needed

PCIe 4.0 is going to take over PCIe 3.0 in a very long manner, but there are more than speed benefits of adopting to the PCIe 4.0 standard. PCIe 3.0 has a power delivery limit up to 75 watts, while the remainder of the power has to come from the PCIe 6-pin or 8-pin power connectors. This will require you to purchase heavy duty power supply units, but with the introduction of PCIe 4.0, looks like the requirement of getting auxiliary power from your power supply will no longer be required.

That’s because the maximum power delivery of the upcoming standard could be increased to 300 watts, but there are potential milestones of 400 and 500 watts power delivery being discussed. This could mean that future GPUs will be released that will not require additional power from the connectors, and the ever improving power efficiency of NVIDIA’s and AMD’s successive architecture could mean that power delivery will be reduced ever further.

Coming to the performance difference of the latest standard, PCIe 4.0 would double the data rate from 3.0’s 8 GT/s to 16 GT/s. However, before you believe that this performance jump would mean that your graphic cards are going to be twice as fast, your hopes will quickly be crushed. Performance of GPUs in games is not going to be affected according to which PCIe standard you’re using in your system. In fact, there were only a minor differences between PCIe 1.1 and 3.0, but that doesn’t mean PCIe 4.0 will be useless by any means.

Rendering and other tasks which stresses the GPU will definitely be able to take advantage of the latest PCI standard, thus shortening the time it takes for heavy processes like video editing to be completed. While these will serve as nice little perks, looks like the increased power delivery option will prevent unnecessary clutter of wires created with the absence of PCIe power connectors.

The post PCIe 4.0 Might Not Require Your GPU to Have PCIe Cables Attached for Additional Power appeared first on MobiPicker. 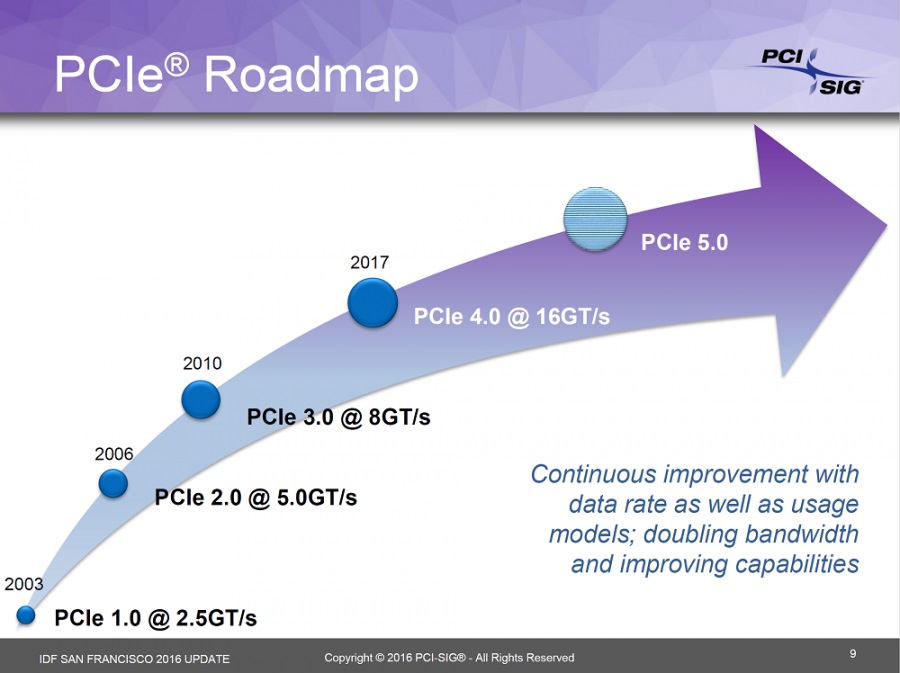