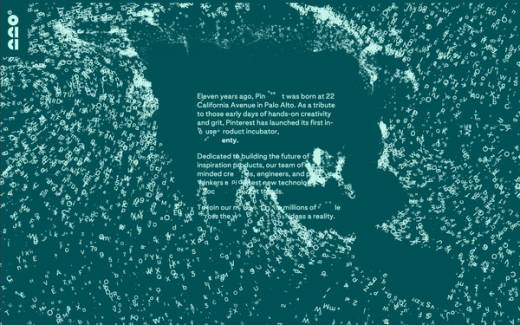 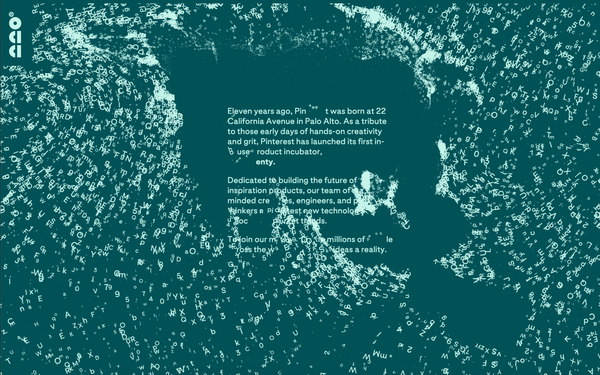 Pinterest on Tuesday began demonstrating its technology strengths with the announcement of an in-house experimental products team it calls TwoTwenty.

The team — named after the address of the company’s first office space — is an incubator made up of engineers, designers, and content and product experts dedicated to the rapid testing and launching of new ideas like Pinterest TV.

David Temple, product lead for TwoTwenty at Pinterest, believes a collaborative approach and accelerated ideas from employees around the company make this possible.

The website for the division is a kaleidoscope of colors and letters that swirl as the site visitors move the curser across the page.

Pinterest created something it calls a “makeathon” — similar to a “hackathon” — and a submission portal called the Idea Factory. Here employees submit the ideas and the TwoTwenty team goes to work researching, prototyping and testing the idea to identify features that can work.

These ideas are made into products for testing, and then handed off to other teams within the company.

The TwoTwenty team built the live-streamed creator events, which evolved to include features like rewatching live streams and shopping product recommendations that are now available in today’s version of Pinterest TV.

As part of the effort, the team launched a virtual studio with producers who work directly with creators to develop content and go live on a “stage” in front of millions of people who use Pinterest.

Innovation is built into Pinterest’s DNA. As it turns out Pinterest runs thousands of experiments weekly.