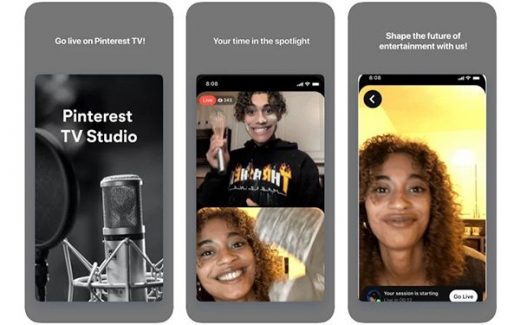 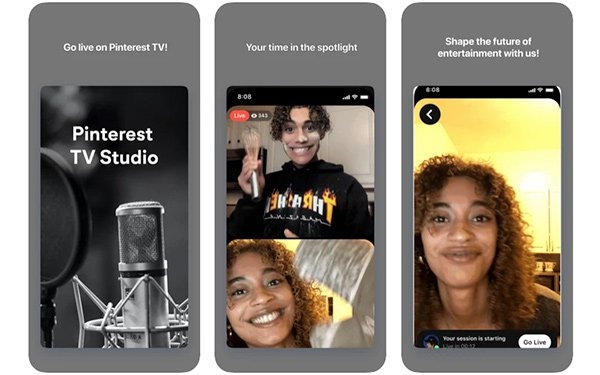 Pinterest is quietly expanding on its video offerings with the launch of an app called Pinterest TV Studio.

A description in the Preview section of the Apple App Store says users will be able “to go live on Pinterest TV” and “add multiple devices for different camera angles.”

The app is not broadly available to all creators. It was spotted in the Preview section of the Apple App Store. Creators participating in the initial launch must enter a code or scan a barcode that Pinterest provides to gain access to the livestreaming tools the app provides.

The app — available for the iPhone and iPad users — enables creators who are streaming live content to improve set-ups with multiple camera capability, improved editing tools, and more.

Pinterest is continuing to build out its video services, with the launch of Idea Pins early last year. The tool is aimed at creators who want to tell stories using video, music, creative editing tools and more.

The Pins allow creators to record and edit their videos with up to 20 pages of content, using tools such as voiceover recording, background music, and transitions.

TechCrunch notes, citing Sensor Tower, that the Pinterest TV Studio app has been live in the App Store and Google Play since May 2, 2022.

The app, according to the report, is available in several markets outside the U.S., such as Canada, Australia, the U.K. and Germany.

Ben Silbermann, Pinterest CEO, said in April during the Q1 2022 earnings call that “there are significant increases in both the number of creators that are adding Idea Pins, [and] the amount of video Idea Pins that are being consumed.”

He said the company continues to see that Pinners who follow more creators tend to visit the platform more often. “Now we’re building this ecosystem into a much larger population base,” he said.

It’s part of a strategy to bring more native content on the platform, which has been a major investment for the company during the past 12 to 18 months.

“We think video as a format is just fundamental to the way people get inspired and take action in the future,” as native content, he said.

On the downside, in the first quarter of 2022, Pinterest felt the impact of diminished traffic from search and time spent by people on competitive platforms.

Silbermann believes video and other initiatives will improve the Pinner experience and tackle engagement headwinds head on. “In the near-term, we’re applying sophisticated machine learning to every part of the platform, which has improved the relevance of home feed recommendations, the quality of search results and engagement with notifications,” he said.

Pinterest has expanded its video offerings with the test launch of the Pinterest TV Studio app, which was spotted earlier this week in the Preview section of the Apple App Store.
MediaPost.com: Search & Performance Marketing Daily