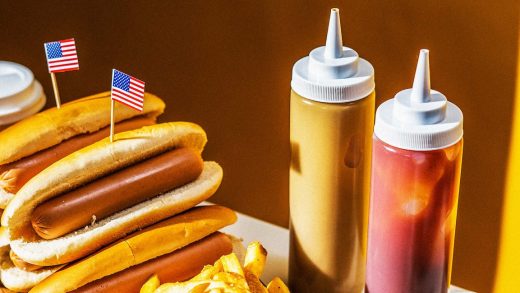 Pizza in Portland? Barbecue in NOLO? What happens when food capitals get snubbed?

Barbecue is so much a part of Kansas City’s heritage that it has an eponymous type of the all-American cuisine, lends its initials to the iconic Clorox-owned sauce KC Masterpiece, and includes “Cowtown” among its municipal nicknames.

But in May, its mouthwatering history was publicly challenged by what one must assume was supposed to be a forwarding-looking list of the best cities for barbecue. Kansas City wasn’t on the roster of an online cookbook called Chef’s Pencil, compiled using data from TripAdvisor. The No. 1 city was New Orleans, followed by other, um, barbecue hotspots: Oklahoma City; Charlotte, North Carolina; Wichita, Kansas; and Virginia Beach, Virginia.

The Kansas City snub sparked online umbrage so harrumph-worthy that TripAdvisor tweeted a disclaimer to say it had nothing to do with the rankings. (It also tried to inject levity into the discussion by questioning why Texas was missing from the roster.)

Chef’s Pencil didn’t respond to Fast Company‘s requests for comment about its barbecue rankings, but a spokesperson for Kansas City took note of the list and laughed. The Missouri metropolis is known for its unique smoky-sweet sauces, dry rubs, and the annual American Royal World Series of Barbecue. It has a rich food history that stretches back to mass migration from the South and was amped up by its stockyards at the national rail crossroads.

“We understand barbecue and our place leading that ecosystem,” says the city’s director of communication, Chris Hernandez. “Any list that doesn’t acknowledge that clearly has some more research to do. Barbecue tourism is a thing for some people the way you’d go to Tennessee for whiskey tasting or go see leaves in Vermont.”

Food is a key component of “place-branding,” the marketing that cities, regions, and states do to promote themselves and inspire tourism among domestic and international travelers and economic development in the form of luring business investment. Some locations rely on nature (California equals redwoods), while others double down on their built environments and landmarks. (Think St. Louis’s Gateway Arch and New York City’s world-class museums.) Others may promote less tangible benefits. (New Hampshire has no income tax. The Atlanta area is bursting with tech talent.)

For everyone else in between, there is food.

And culinary tourism is becoming increasingly popular: As much as 20% of tourism is food-oriented, according to the U.S. Travel Association. (Travel spending was more than $1.17 trillion in 2019, so do the math.) Tentpoling municipal munchies as a place develops and promotes itself as a destination for food item X or cuisine Y is a recipe for attracting foodies and civilian mouths alike.

“Food is very important to a place, because it’s memorable,” explains Ed Barlow, senior vice president of strategic planning at Jacksonville, Florida-based North Star Place Branding and Marketing. “I’m all about my belly, so when I talk about my travels, I will give recommendations based on food.”

Wanting to eat is human nature, as is the desire to try something new—a new taste, a unique food, whatever it is that will that make a trip more adventurous for both the aspiring Anthony Bourdain and the visiting sister-in-law looking for an exotic experience.

More than a pie chart

Kansas City isn’t the only food capital to get snubbed in recent months. In June, the authors of Modernist Pizza, a soon-to-be-released multi-volume book, selected as the best pizza city in the United States a place better known for its hipster crunchiness than its crunchy crusts: Portland, Oregon. Folks from New York, Chicago, and Detroit—municipalities so steeped in pies that each has lent its name to a pizza style—were apoplectic.

Efe Sevin, an assistant professor of public relations at Towson University and a place-branding expert, understands why people got so upset, and it’s fundamental to what place-branding is all about.

“The idea is to make meaning out of this geographical entity,” he says. “Cities technically don’t exist. They’re an idea. Food is one thing we use.” He adds that Asheville, North Carolina, is on his travel bucket list for its cuisine. “It’s like a sports team. You rally around the flag. It’s a way to give meaning to the place you’re living. It’s a symbol to get people excited.”

Place branding is not necessarily a situation where food is so entwined with a place that it bears its name—and regulations that govern the moniker—such as champagne and Parmesan cheese. Nor is it when dishes are tied to a region in a such a way that they are available in truly relatable, edible form only there, such as Detroit coney dogs, Philadelphia cheesesteaks, and Rochester, New York, garbage plates.

Instead, the recent pizza and BBQ brouhahas speak to a collective sense of how food comes to define a place, like New England’s clam chowder, Louisiana’s gumbo, or Seattle’s coffee. The subjectivity ingrained in that interpretation makes defending those superlative titles all the more vital to current, past, and aspiring residents. Pride of place becomes literal.

“Communities and destinations need to be sure people are aware of what they have to offer and to communicate those advantages,” says Barlow, whose firm has done work for everyone from the state of Florida to tiny Petersburg, Alaska, and 43 states in between. “Place branding is about recruiting interest and investment.”

When an area has a reputation for being the best at a food, it’s time to up the marketing. Walking tours that invite participants to eat their way across the area become popular. A restaurant or two develop national reputations mighty enough to draw food publications as well as presidential motorcades, thereby anchoring the region’s reputation. Festivals celebrate the belle of the banquet, especially in smaller communities that heavily identify with it, such as the Garlic Festival in Delray Beach, Florida, and the Fudge Festival on Mackinac Island, Michigan.

Take that away—Google how many other places have garlic festivals, for example—and there’s tableside trouble. A place with few other amenities to draw in tourism dollars immediately feels threatened.

“Food becomes so associated with a place that it becomes part of the city’s branding zeitgeist,” explains University of Central Florida professor Staci Zavattaro, author of Cities for Sale: Municipalities as Public Relations and Marketing Firms. “Knocking down that pillar could really do economic damage.”

The big cities recently stripped of their pizza and barbecue honorifics have little to worry about; in fact, they pretty much ignored the whole taste-based tumult.

That these contentious lists exist at all is a result of the dramatic rise in culinary tourism. Roger Dow, CEO of the U.S. Travel Association, traces that to when numerous consumer magazines, including in-flight publications designed to catch bored passengers’ eyes, started concentrating more on travel cuisine for folks beyond the Howard Johnson’s crowd.

“People were desperate after September 11 to rebuild their travel economies, and a few people started talking about a restaurant scene and others said, ‘Wow. That worked for them.’ It’s a post-9/11 recovery effort,” Dow explains. “Before that, it was things to do. Go to the Grand Canyon, the Statue of Liberty, and the Empire State Building.”

Nathan Myhrvold, coauthor of Modernist Pizza, defends his pro-Portland pizza rankings—which were based on sampling pies at about 255 pizzerias around the United States—by pointing out that many old, famous places are lousy and survive primarily on their decades-old past glory. The best pizza joints are relatively new and boast a living, very-involved founder.

“With pizza, you have people loudly proclaiming what they grew up on is best. If you point its flaws, they get madder and madder and say, ‘But I grew up on it,’” Myhrvold says, describing former and current residents’ strong emotional attachment to certain slices. “Unfortunately, they’re imprisoned by where they grow up. I call it the Pizza Stockholm Syndrome.”

Putting aside the off-hand reference to a country best known for its meatballs, food is always going to be a great draw because it gets to the history and culture of a place. Marking food as distinct is a way to make eating, rather than, say, visiting a national park, the experience served to visitors. What you put in your mouth—and take out of your wallet—must continue to be part of a region’s or city’s public face.

“Why you were seeing some of the umbrage and outrage was because brands first and foremost are about emotional connection,” says Zavattaro. “Brands serve as a cognitive shortcut for us. It’s almost like you’re the person on the list. You’re identified with a place. People create inextricable bonds with where they’re from or where they live. You’re not just leaving out a place, but you’re leaving them out.” 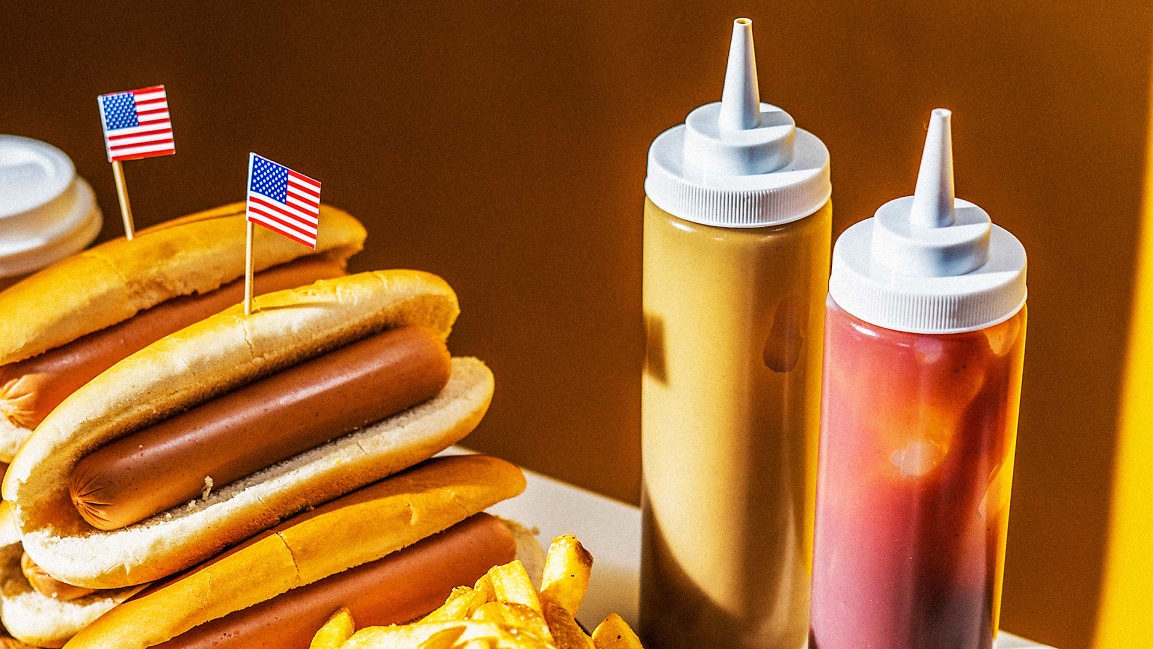