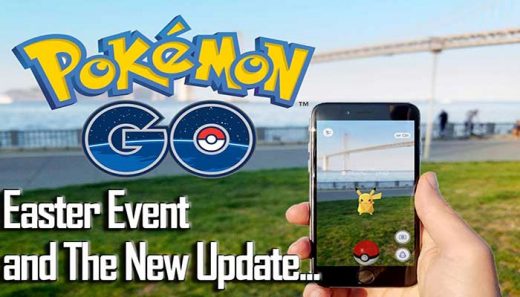 Pokemon Go News: Gear It Up Fans, The Easter Event Is About To Be Unleashed, A Massive New Update Discovered

Pokemon Go News: Gear It Up Fans, The Easter Event Is About To Be Unleashed, A Massive New Update Discovered

Pokemon Go Easter Event is about to be unleashed. The story follows the news of a massive Pokemon Go update that’s been recently confirmed by Niantic. 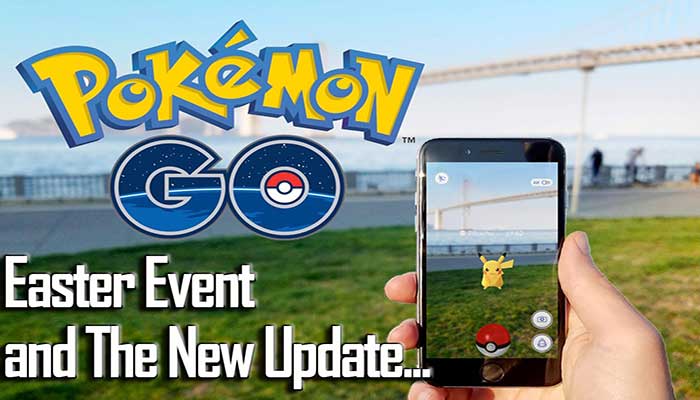 However, Niantic hasn’t yet confirmed it but the news of massive Pokemon Go update suggests the Easter Event is on its way to the game. The Development team is also not revealing any information as they tend to keep info about any mega event a secret until its fully released.

The Pokemon Go Water Festival Event was a huge success for Niantic and when it ended, an update from the developer suggested that there are more events like the Water Festival Event in works. Based on that teaser, it seems highly likely that the next big Pokemon Go event is the Easter Event. It’s more likely to be unleashed around the time of Easter.

To take the full advantage, it will definitely be a great time to release the Easter Event as most of the banks will be off, and loads of other celebrations are also lined up. Moreover, the development team is also planning to launch egg-themed bonuses for the game during the Easter Event. Furthermore, game’s mechanics are also reportedly getting a big change.

According to a number of different Dataminers, they have found new Redeemable Codes. These codes can reward the players with loads of new items, Avatars, Avatar Accessories, Candies, PokeCoins, and Stardust. However, there is no confirmation about in what form these items will come out. The Pokemon Go Easter Event is also reportedly going to offer promotions in the game for the first time ever. These promotions will eventually help players earn some extra Pokeballs.

The new Pokemon Go news came just after another big reveal that suggests of a massive Update for the game. According to the latest information about the massive new Pokemon Go update, the Gyms in the game are going to receive some major changes. These changes could include maintaining the Pokemon that are currently occupying the Gyms. So, the players will need to feed the Pokemon that are protecting the Gyms. As part of the new changes to the Gym, players will also receive notifications that will tell them how their Pokemon are doing while they are busy in other tasks.

Some references to “Raids” have also been found by the players. Raid is a new game mechanic that helps launch some new goals for the teams. These new goals will help players unlock some other additional rewards in the game.

At the moment, it’s still unclear that Legendary Pokemon will be added to the game or not. Furthermore, the Time-raids and other game mechanics are also unknown.

Another hugely discussed part of the update is the Gyms. Gyms are also going to have Share Links over distances with other gyms in control of the other Pokemon.

“We’re Still at the beginning of the journey and there’s a lot more to come. With spring arriving in the northern hemisphere, players can look forward to all-new cooperative social gameplay experiences in Pokemon Go. That will give Trainers new and exciting reasons to get back into the sunshine.”

Based on all the information about the upcoming Easter Event and the massive new update for Pokemon Go, players are definitely in for a huge treat this time. Pokemon Go is sure to bring some really exciting things and changes to the game. Hopefully, the game will be able to bring back the interest of players as well.

The post Pokemon Go News: Gear It Up Fans, The Easter Event Is About To Be Unleashed, A Massive New Update Discovered appeared first on MobiPicker.