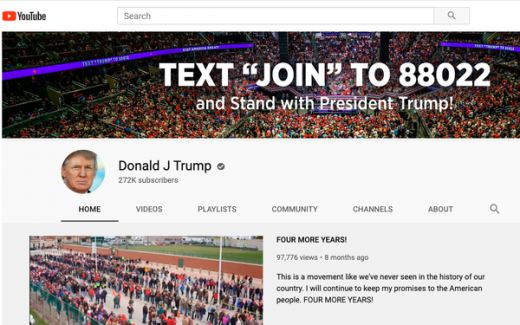 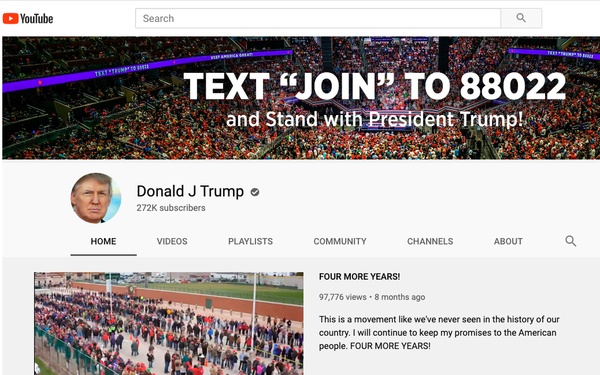 The President’s reelection campaign bought a takeover of YouTube on Election Day.

The deal, first reported Thursday night by Bloomberg News, will make the incumbent President’s ads the exclusive advertiser on YouTube’s masthead for an undisclosed period in early November leading up to and on Election Day on Nov. 3.

The price was not disclosed, but is estimated to range from several hundred thousand dollars to $1 million.

To date, the Trump Make America Great Again Committee has spent $12.7 million on YouTube parent Google, including 33,305 discrete ads served across its platforms.

In 2012, President Barack Obama’s reelection campaign bought YouTube’s masthead on Election Day, but in 2016 there was no exclusive takeover, and the masthead was alternately sponsored by the President and Democratic challenger Hillary Clinton.