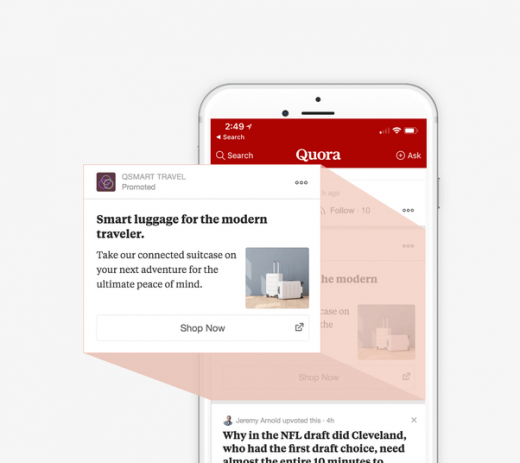 The platform has roughly tripled its advertising base since launching its ad platform last year; says it now has more than 1,000 active advertisers. 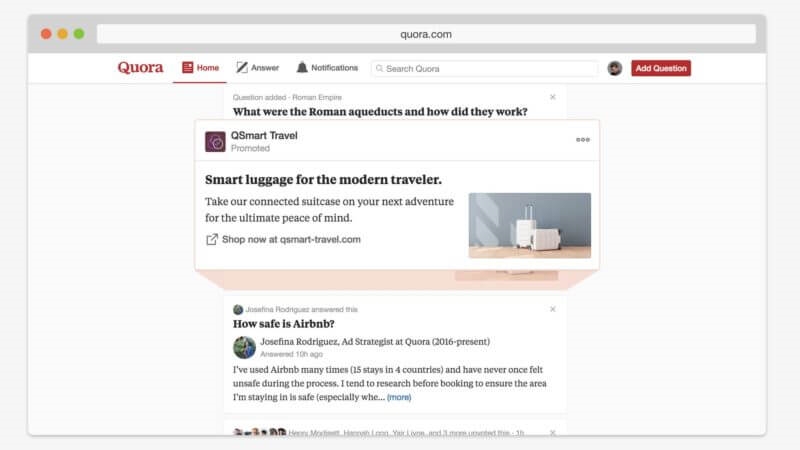 Quora, the Q&A platform, is expanding its advertising offerings with the launch of image ads. Announced Tuesday, the new format is available on mobile and desktop.

Quora launched its self-serve ad platform out of beta about a year ago with text ads. The company says the number of active advertisers using the platform has increased from 300 at launch to now more than 1,000. 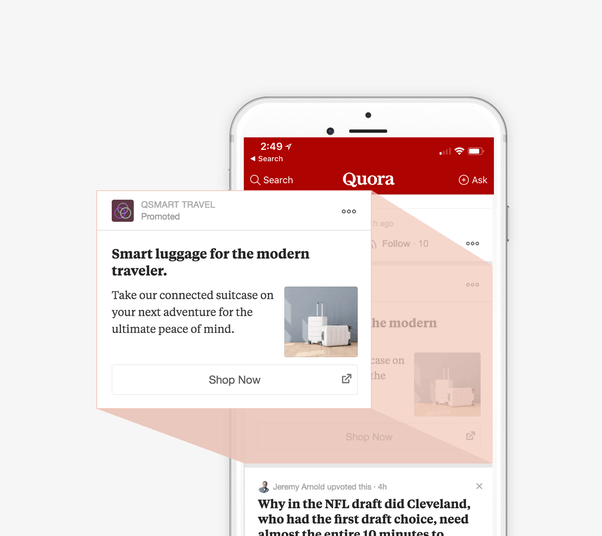 Like Facebook, Quora limits the amount of text that can be included in an image. The text limit in images for Quora ads is 20 percent. The aspect ratio of images is also similar to Facebook and other networks, so you should be able to use existing assets. On desktop, the aspect ratio of the image in the ad is 1:91:1. On mobile, it’s 1:1, as shown above. Quora will crop an image to fit its specs if necessary.

And with machine learning at work, image ads may be converted automatically to text ads in some cases “in order to automatically optimize for the ad format that will perform best on a particular page,” explains Quora Product Designer Patrick Dugan in the announcement.