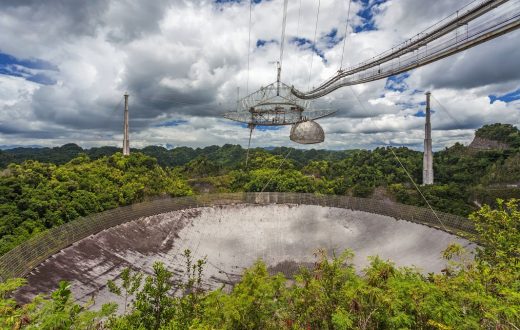 It could take several months to repair the recent damage to Arecibo Observatory, SpaceNews reports. During a NASA meeting earlier this week, Lindley Johnson, director of NASA’s Planetary Defense Coordination Office, said the massive radio telescope could be sidelined for months.

Last week, a broken cable caused a 100-foot-long gash in the telescope’s reflector dish, damaged panels in its receiver and twisted a platform used for staff access. Johnson revealed that the cable did not snap, as previously reported, but came out of a socket in a nearby support tower. Fortunately, the incident happened at night when no crews were present.

According to Space News, the cable weighed about 30 kilograms (about 66 pounds) per meter, and more than 200 meters of cable fell onto the dish. “That’s several tons of material crashing down on the dish,” Johnson said.

Arecibo Observatory is still assessing the damage, and the National Science Foundation (NSF) will lead the repair work. As Gizmodo reports, only about 250 primary reflector panels were damaged (the dish is fitted with 40,000 panels). But repairs may be more complicated if the platform used to access parts of the telescope is unsafe.

While the telescope is out of commission, some research, like NASA’s project to study near-Earth asteroids, is on hold. This is another setback for Arecibo, the second largest radio telescope in the world, which has faced financial woes and was damaged during Hurricane Maria. It’s currently being managed by the University of Central Florida. 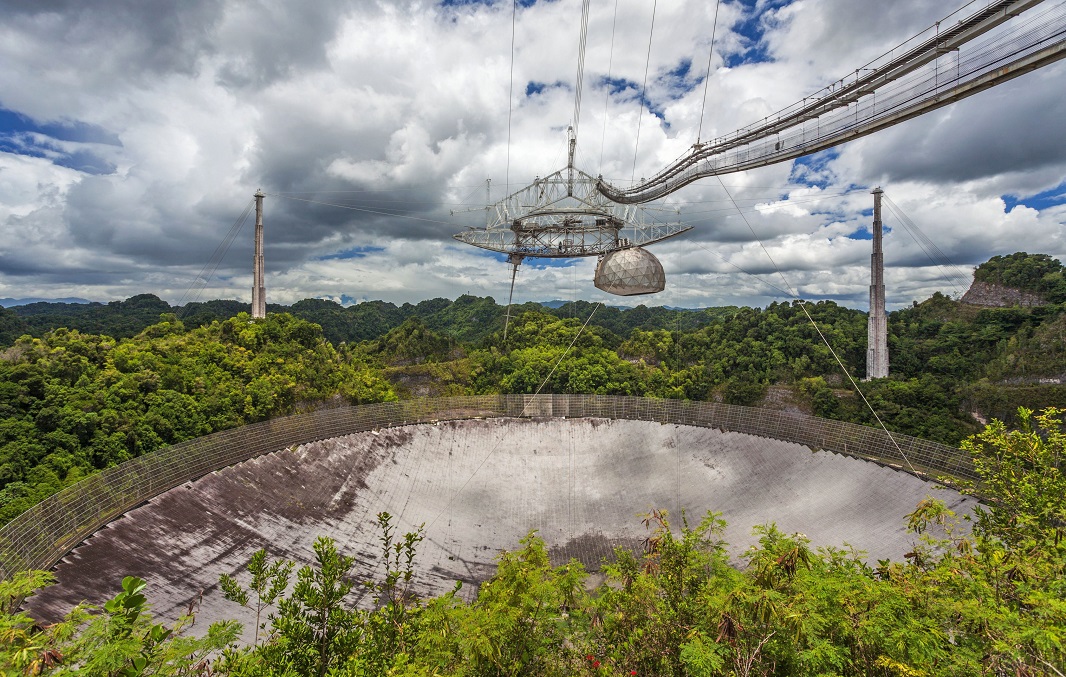