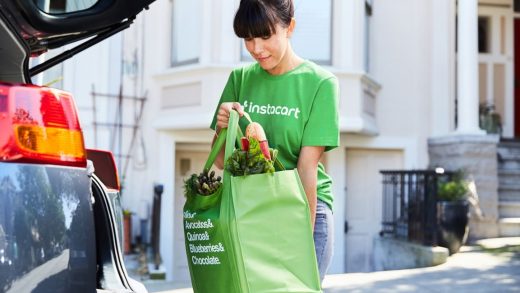 In the algorithm-driven gig economy, it’s sometimes hard for workers to know how much they’re actually getting paid. But it was especially shocking for Tom, a driver, to learn that a 69-minute grocery-delivery run for Instacart paid him just 80 cents. The customer’s $10 tip, while appreciated by Tom, who would like to remain anonymous, led to even more confusion–backing up claims from drivers and labor organizers that Instacart is lowering the money it pays out when customers tip more.

Instacart strongly denies these claims, but it admits that it goofed with Tom’s fee, known as a batch payment. “Despite the infrequency of these instances on the millions of orders that we fulfill, it’s one too many,” Instacart’s combo CFO & COO Ravi Gupta told Fast Company. “And so because of this, over the coming days, we’re going to roll out a batch minimum, which would be a minimum that will come from Instacart on every single batch of $3.”

Gupta calls Tom’s situation an “edge case” that occurs one out of 100,000 times; but once was enough to cause plenty of headache for the San Francisco-based company. Tom shared his story with labor advocacy organization Working Washington, which is already in the midst of a worker and customer campaign pushing Instacart to raise its direct payments to workers (irrespective of the customer tip amount).

Working Washington is not impressed by Instacart’s new policy. “While paying someone $3 for a job is certainly better than paying someone eighty cents for a job, I don’t think that is what people have been asking for,” says communications director Sage Wilson. “We should at the very least be talking about the neighborhood of the minimum wage and not the neighborhood of $3.”

As contract workers, Instacart drivers aren’t covered by laws enforcing a minimum wage, which is $12 per hour in Washington State. While not acknowledging a legal obligation, Instacart says that it typically pays above minimum wage, with drivers averaging over $15 per hour nationally.

Instacart still hasn’t explained exactly what went wrong in calculating Tom’s 80-cent fee. But it shows the risks inherent in relying entirely on the “black box” of algorithms that, regardless how clever they are, can sometimes produce baffling results. By introducing the minimum fee, Instacart is taking a step back from the payment system it rolled out nationally in November.

The company spent most of 2018 developing and field-testing the new pay calculation system, called “New Earnings,” which seeks to carefully weigh each component of a delivery–literally. Instead of paying a straight 40 cents per item, the algorithm pays differently for heavier products. It accounts for additional details, such as items that have multiple units, like a four-pack of water. The layout of stores plays a role, too. Traipsing through the vast aisles of Costco takes more effort than a quick stop at a convenience store, for instance.

New Earnings also has a separate line item for total mileage–both from the driver to the store and from the store to the customer. Forty-two cents of Tom’s 80-cent fee was for the 0.7 miles that Instacart calculated he’d have to travel.

Tom’s case has become a cause celebre among workers who contend that payments have gone down—by 30% or more—under the new earnings system. (Instacart maintains that they have remained the same, on average, but that the old system may have overpaid on some easier jobs and underpaid on some harder ones.)

Instacart hasn’t given an exact date when the new minimum fee will be introduced, but it could engender some goodwill with drivers to know there’s a fail-safe for algorithmic glitches. But it’s also an acknowledgment that algorithms can be mercurial and unpredictable.

“What I’ve been hearing, I think uniformly, workers asking for and customers asking for is to understand how the model works,” says Wilson,” to not be experiencing a 30 percent cut, and to make sure that when a customer tips it means more money for the worker, not less money from Instacart.”