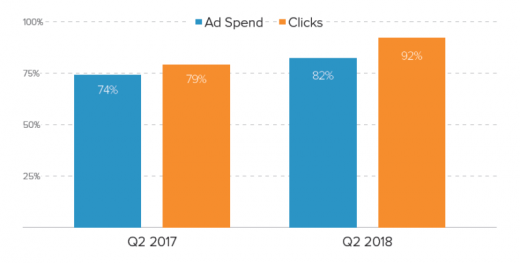 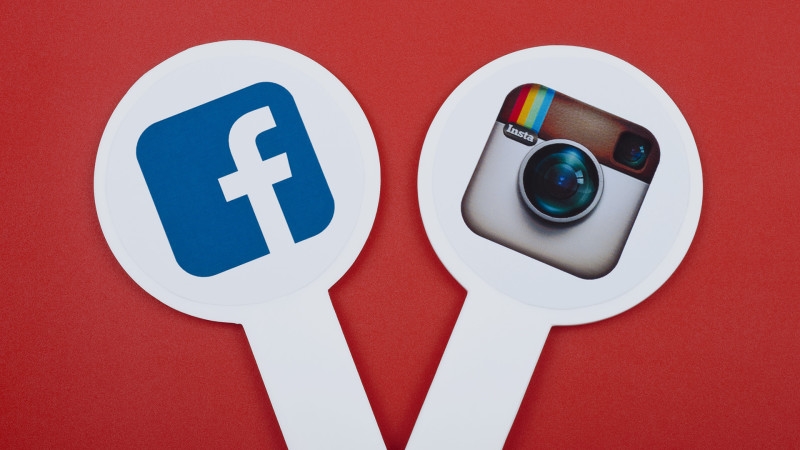 Advertisers are continuing to shift ad dollars from Facebook to Instagram — resulting in an astounding amount of growth for the Facebook-owned app compared to its parent company. Facebook ad spend (excluding Instagram revenue) grew 40 percent year over year in Q2 2018, while ad spend on Instagram jumped a whopping 177 percent during the same time period, according to Merkle’s recent digital marketing report analyzing year-over-year social ad and search trends across the agency’s client base in Q2.

Instagram impressions jumped 209 percent, and CPMs (average cost per 1,000 impressions) decreased by 10 percent. The rise in Facebook ad spend came largely from higher CPMs, which were 70 percent higher than the prior year. Ad impressions on Facebook fell by 17 percent year over year.

Despite Instagram’s surge, it remains significantly smaller in terms of advertising investment. “For the median advertiser actively bidding on both platforms, Instagram accounted for 23 percent as much spend as Facebook in Q2,” reports Merkle. The image-based app generated 20 percent as many ad impressions and just 9 percent as many clicks relative to Facebook in the quarter.

Looking at Facebook’s ad options, Merkle reports year-over-year click-through rate (CTR) growth for Facebook’s News Feed ads during Q2 was 44 percent, while its less prominent desktop-only right rail ads’ CTR growth was only 28 percent. Merkle notes Facebook’s algorithm change early in the year as a possible contributor to the jump in News Feed ad CTR: “The increase may be at least partially the result of Facebook’s January 2018 Newsfeed update, which reduced the number of unsponsored posts from publishers and brands. This ostensibly decluttered the experience for users and potentially drew clicks to paid listings that might have otherwise gone to unsponsored posts.”

The Facebook Audience Network — which gives advertisers the ability to target ads to their Facebook audiences on other sites and apps — saw ad spend grow, but it still accounted for just 1.5 percent of Facebook ad spend across Merkle’s client base in Q2. 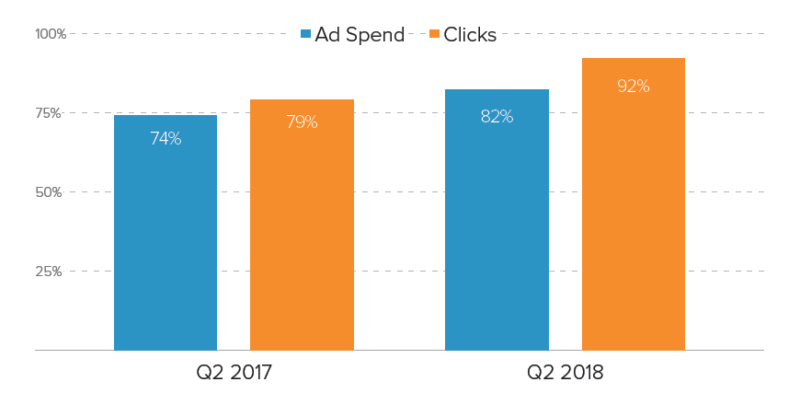 Instagram wasn’t the only platform to see triple-digit growth in ad spend. Merkle clients increased ad spend on YouTube by an average of 189 percent year over year in Q2. YouTube ad impressions rose 225 percent, and CPMs fell by 11 percent. Phones and tablets accounted for 79 percent of YouTube ad spend during the second quarter of this year — up from 71 percent a year ago.