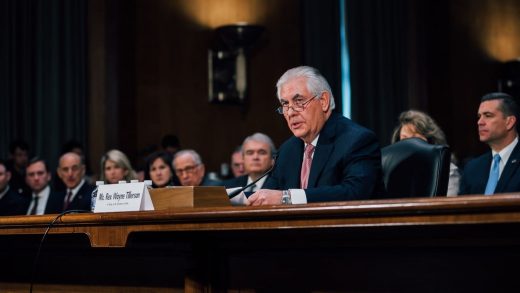 In his commencement address in May at the Virginia Military Institute, former U.S. Secretary of State Rex Tillerson railed against his former boss. “When we as a people, a free people, go wobbly on the truth, even on what may seem the most trivial matters,” he inveighed, “we go wobbly on America.” The breakdown in Tillerson’s relationship with Trump was an inglorious turnabout from the chorus of optimism business leaders voiced during Tillerson’s nomination to the nation’s top diplomatic post, in December 2016.

But looking back on his short, and by most accounts unsuccessful, tenure at the State Department, it may be time for every corporate executive to re-examine the leadership model for which Tillerson was so highly praised less than two years ago.

In the lead-up to Trump’s inauguration, Jeff Immelt, former CEO of General Electric, praised Tillerson’s “exceptional understanding of our country’s essential and strategic role in the world” alongside his negotiation skills–abilities Immelt believed Tillerson had honed in his decade as CEO of ExxonMobil. Former Medtronic CEO Bill George, a former Exxon board member, similarly believed that Tillerson’s experience with foreign leaders would help him as secretary of state. And Tesla CEO Elon Musk thought Tillerson would prove to be “excellent” in the role, given that he “obviously did a competent job running Exxon.”

It wasn’t strictly business leaders who felt this way; influential foreign-policy experts voiced a similar logic. Former secretary of state James Baker, who has business ties to Exxon, maintained, “As CEO of one of the world’s largest and best-run companies, [Tillerson] has demonstrated the management and negotiating skills, and has the international experience, that are required in the job.” (It’s no accident, of course, that these were many of the same abilities Trump himself touted on the campaign trail about himself. In nominating Tillerson, the president may have fancied himself selecting a leader whose experience and reputation he could relate to.)

Unfortunately, Tillerson failed to meet those expectations in ways that challenge the very belief that largely propelled Trump into office–which, after all, had been popular long before Mitt Romney banked his own 2012 presidential campaign on it–that business leaders naturally have what it takes to become good political leaders.

Immelt’s confidence in Tillerson’s grasp of the role that the U.S. plays in global affairs wasn’t exactly rewarded. Last May, Tillerson gave a talk to State Department staff describing American values–namely, “freedom, human dignity, the way people are treated”–as potential “obstacles” that shouldn’t necessarily override strategic foreign-policy objectives, like achieving security and prosperity for Americans. In response, Tom Malinowski, former assistant secretary of state for democracy, human rights, and labor, described Tillerson as “clueless about what the world expects of America, including that we defend universal values and norms.”

As for leveraging his established relationships to bring foreign leaders to the negotiating table, Tillerson again came up short. It’s one thing to negotiate an oil deal with Russian oligarchs and another to negotiate the withdrawal of Russian forces from Ukraine with Kremlin and United Nations authorities. Despite many months of pressure, Tillerson failed to make a dent in that issue; just last week, the U.S.’s U.N. ambassador Nikki Haley was still pleading the case, which earned a dismissive response from Russian officials. Outside the usual diplomatic toolkit, including sanctions, Tillerson certainly didn’t get a chance to show off additional chops as a negotiator, not least (yet not solely) because his efforts were repeatedly undermined by his own administration–an internal management issue that Tillerson was likewise unable to resolve.

Indeed, Tillerson’s stewardship of his own department hardly befitted the experienced head of a multinational corporation. Many key State Department leadership positions remained unfilled, and a leading foreign-service agency estimated that some 60% of top diplomats resigned under Tillerson’s tenure, the pipeline of new applicants dropped off sharply, and morale tanked.

These failures weren’t just the result of personal incompetence, however, or strictly a reflection of the State Department’s unique challenges. They resulted from Tillerson’s thinking and behaving like a CEO–his following certain corporate leadership practices that may now be worth revisiting.

Take decisiveness, for instance. Fortune favors the bold corporate leader, or so it’s commonly believed. In his 2016 letter to shareholders. Amazon CEO Jeff Bezos argued that leaders need to make decisions that are both “high quality” and “high velocity,” hardly a controversial idea among the heads of large corporations. It’s a fair bet that Tillerson thought of his overhaul (some would say “gutting”) of the State Department in similar terms. Like any executive sweeping in and reorganizing an entire division or slashing bureaucracy, Tillerson may have hoped his swift, decisive action would pay off.

But he failed to build a solid leadership team first, let alone to involve, engage, and excite employees around the initiative. Indeed, Tillerson was repeatedly characterized as “isolated” and absent, by turns fumbling and outright refusing to seek the support of long-serving diplomats he’d been appointed to lead. The common “command and control” leadership model, while largely out of favor in Silicon Valley, remains alive and well among Fortune 500 companies. But while it would’ve been reasonable to expect Tillerson to use his considerable power to accomplish what he wanted largely by fiat, he seemed more content to hang back. Barely a year into his tenure, Foreign Policy wagered, as a result, Tillerson “might be the weakest secretary of state ever.”

More and more, even leaders of large legacy companies and multinational corporations are rightly coming around to the idea of leading more collaboratively, and through persuasion more than via decree. Employees who feel intrinsically motivated to work toward shared and values-driven goals will be more engaged, loyal, and productive than those who don’t.

Another habit common among C-level corporate leaders is to focus narrowly on generating shareholder value at all costs, and ideally as quickly as possible; it’s less about putting profit over purpose than defining purpose as profit. This was one practice Tillerson abided at Exxon; he once justified cutting an oil deal with the Kurdish Regional Government that contradicted U.S. interests in Iraq by saying, “I had to do what was best for my shareholders.”

Not every CEO is as candid, even if they share this philosophy. BlackRock CEO Larry Fink recently asserted, for example, that “to prosper over time, every company must not only deliver financial performance, but also show how it makes a positive contribution to society,” adding, to his credit, that “companies have been too focused on quarterly results.” Yet BlackRock remains the top global financier of nuclear weapons, to the tune of some $38 billion, according to a recent analysis by two watchdog groups. Purpose and values are easier to talk about than to actually live.

Of course, not every business leader fails in government, and not every corporate leader who fails to make that transition represents a sweeping indictment of corporate leadership writ large. But one thing Tillerson’s unique shortfalls makes clear is that it’s time to stop making baseless conflations like Bill George did, even after Tillerson’s inglorious firing:

Sad to see Rex Tillerson terminated by Pres Trump while he was in Africa – didn’t even give him the courtesy of waiting until he returned.
Rex was one of the strong, global leaders in Trump admin. He served his country well – at Exxon and at State – and was true to his values.

That’s pretty much the same narrative Tillerson tried to project in his recent commencement address, and it rings just as self-servingly false. This neatly packaged ideal of “strong, global” leadership anchored in “values” doesn’t hold up to scrutiny as well as it might have at one time, whether on Wall Street or in Washington. That’s too bad for Tillerson, but good for the rest of us.

Joseph Holt is professor of ethics at the University of Notre Dame’s Mendoza College of Business. 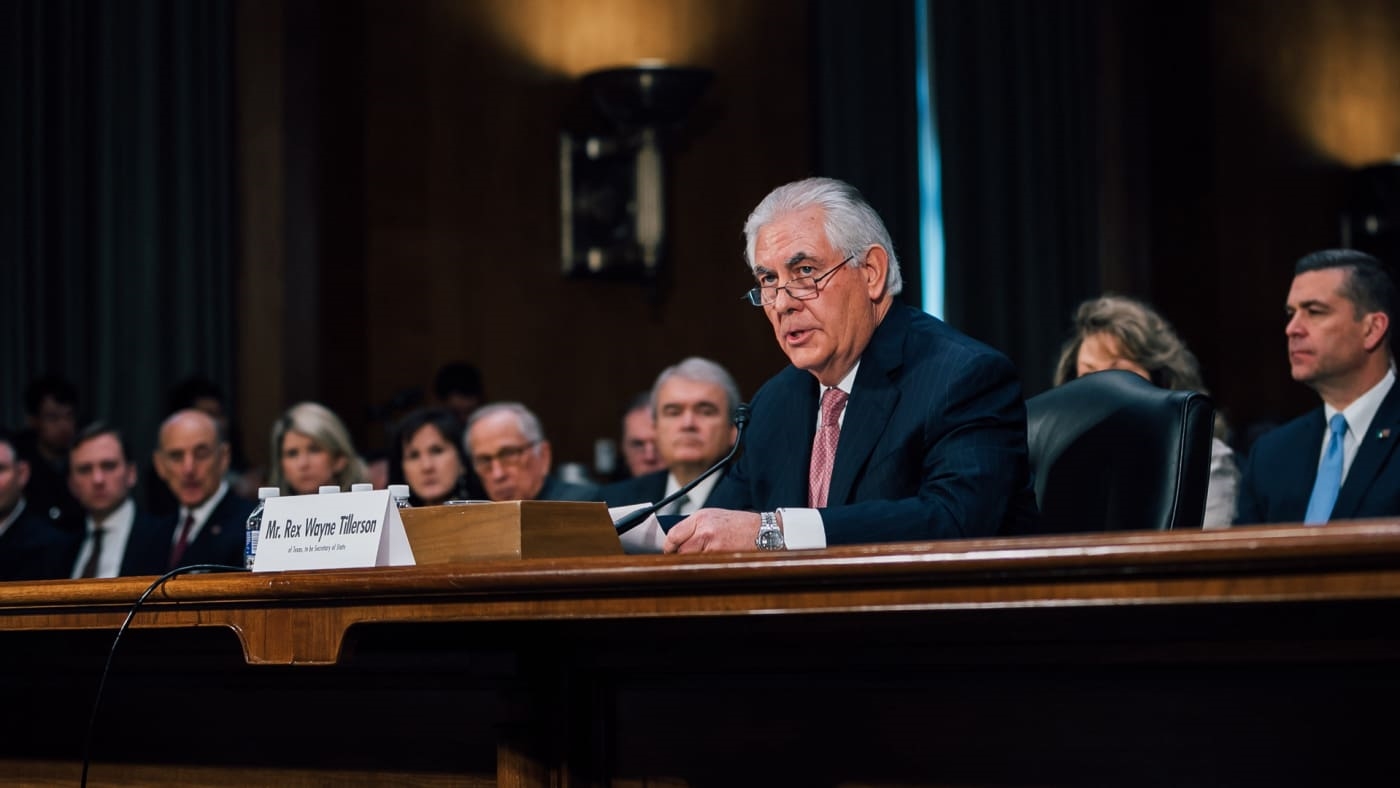