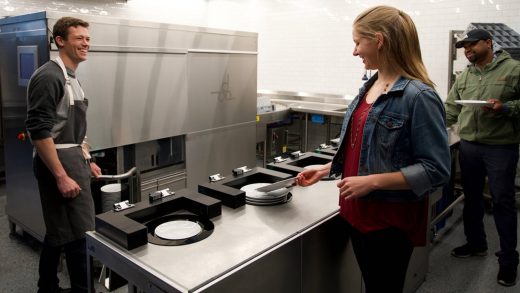 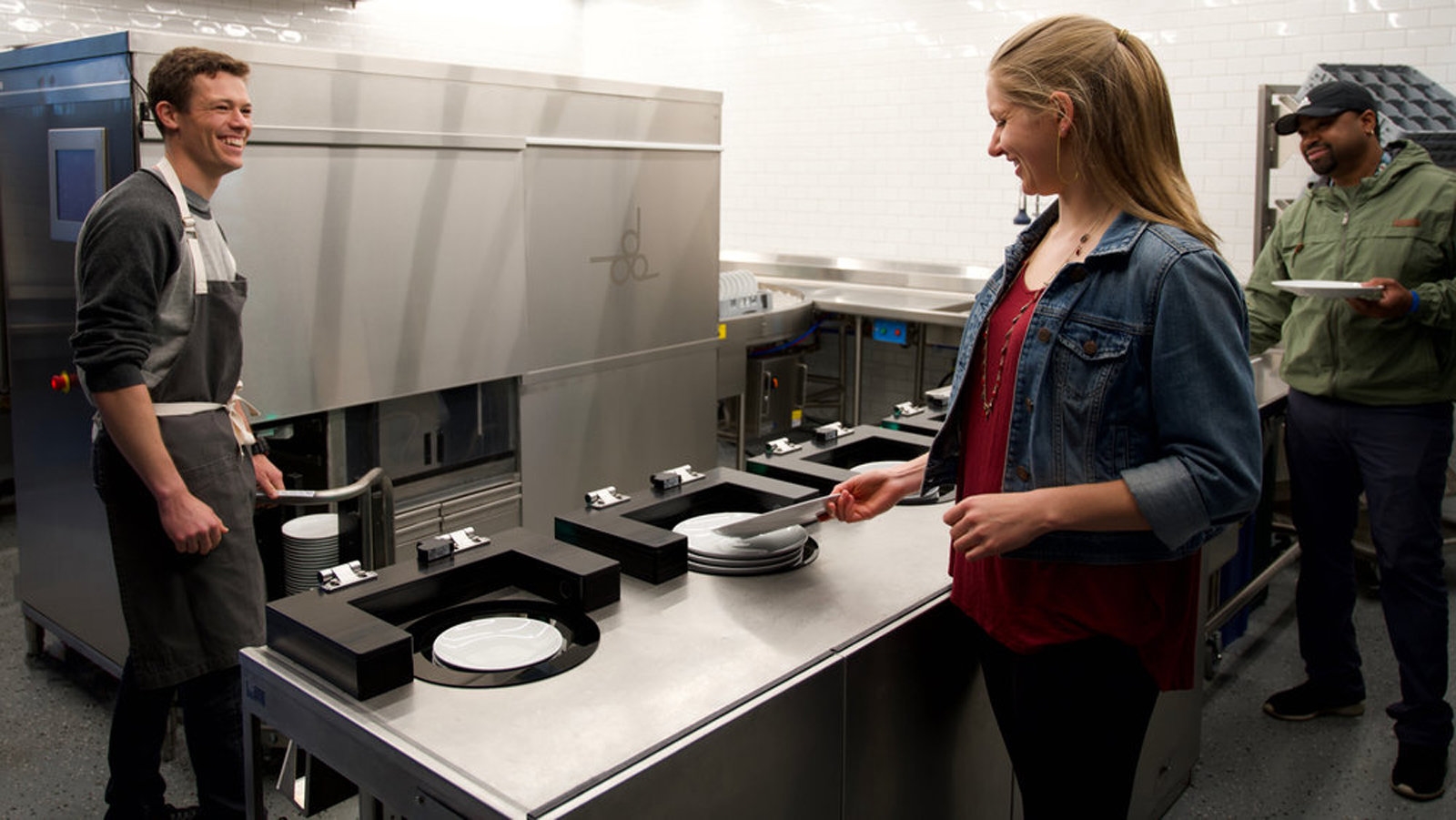 Restaurants and other eateries are facing a shortage of dishwashers, and for understandable reasons — it’s inglamorous work with low pay. Dishcraft, at least, thinks robots can fill that gap. It just revealed a robotic dishwasher intended to clean large volumes of plates in commercial kitchens. Once customers stack plates on a special cart, a staffer just has to wheel that cart into the robot. From there, the machine flips the plate upside-down and uses both cold water and a brush to wipe the surface clean within seconds. AI-guided cameras then scan dishes to see if dishes need another scrub before they head to the dish rack.

Just as important may be where the robot does its cleaning. Companies can lease the robot and have installed in their kitchens, but they can also take advantage of a service where Dishcraft washes plates off-site. Pricing isn’t available at this stage, although it’s safe to say this won’t be viable for your home.

There’s a lingering concern about the consequences of automation. People might not like dishwashing, but it still represents jobs for newcomers and those who just want to be gainfully employed. However, company chief Linda Pouliot noted that staff shortages are “only getting worse.” Robots like this might be necessary simply to ensure there are clean dishes in the first place, and any reduced labor costs might just come as part of the package.