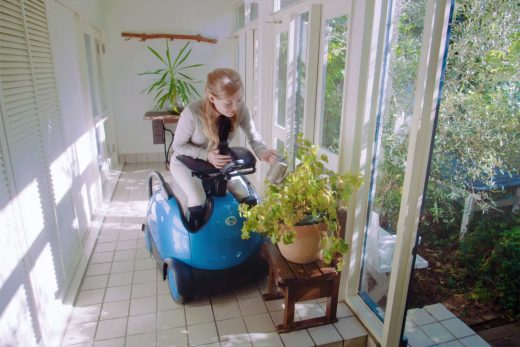 Most wheelchairs, even the most advanced ones, have conventional seats. They’re basically furniture on wheels. And that creates problems. It can be hard to sit in the chair if you’re getting out of bed, while you’re stuck in a position that puts many things out of reach. That’s where Tmsuk’s long-in-the-making Rodem might just come to the rescue. The robotic wheelchair gives you a piggyback ride that not only makes it easier to climb aboard, but puts you in a high, forward-mounted position. It’s easier to brush your teeth, make breakfast or just hold face-to-face conversations.

You can control the wheelchair with a smartphone, so you can easily call it to your bedside or tuck it out of the way at night. Its 9.3-mile range, 3.7MPH top speed and 8-hour recharge time will limit where it can go, but that should be enough for a lot of around-the-neighborhood travel.

Rodem is available in Japan for ¥980,000 (about $8,700), and it’s known to be reaching the UK in 2018. It’s not a trivial expense as a result, and the piggyback approach rules it out for people with limited use of their upper bodies. For those that can use it, though, it should make life a lot easier — you won’t have to change as much of your behavior as you would with an old-school wheelchair. 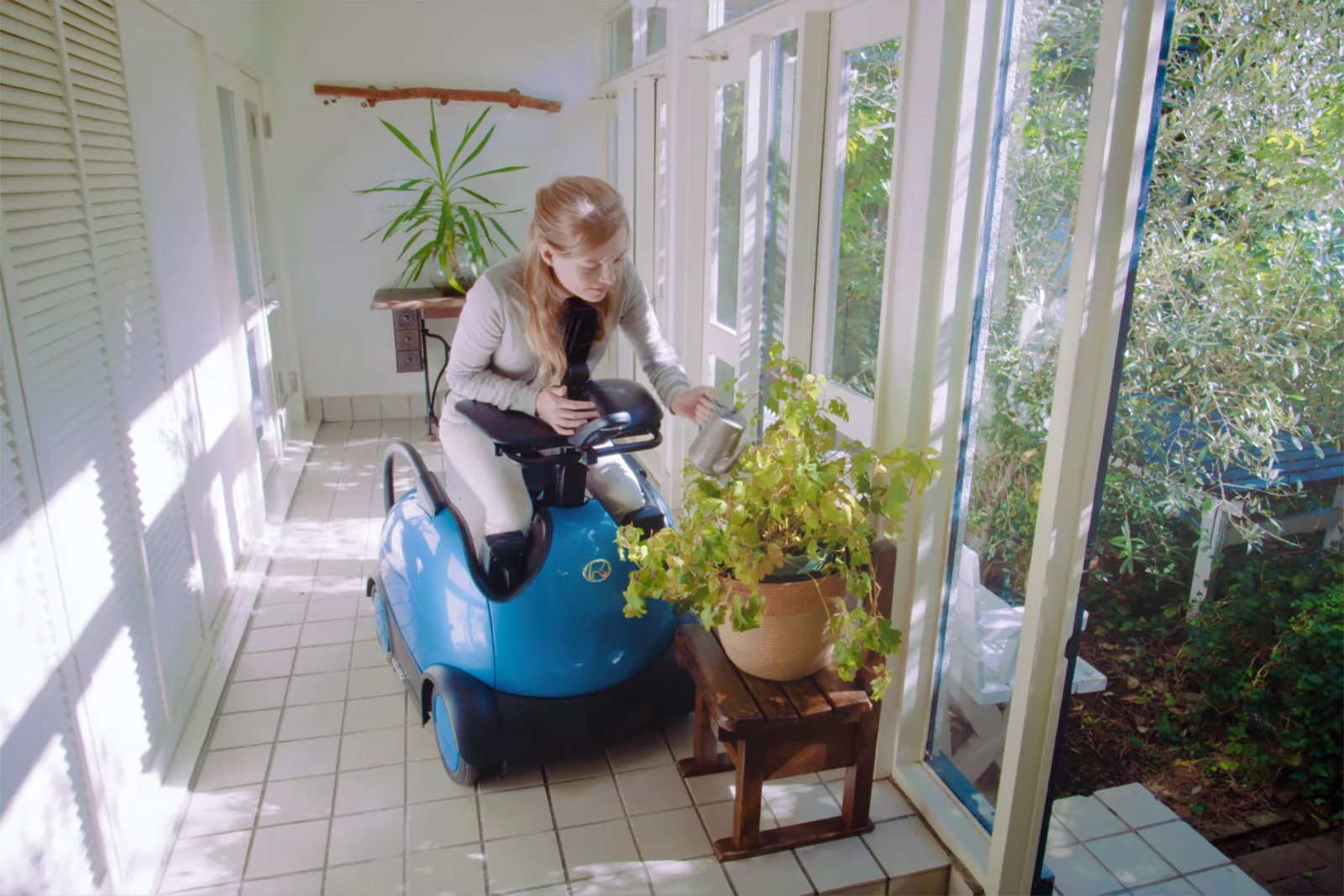