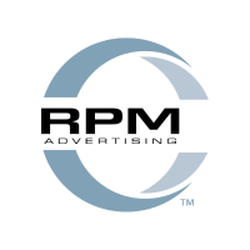 The goal is to gain real clicks and conversions, says Alex Salinas, advertising manager at Majestic Star Casino & Hotel, which resides on a water barge in Gary, Indiana.

“In the past we’ve had some strange activity due to bots, which grip on to keywords,” he said. “Casinos tend to grip on to that traffic.”

Salinas also said it has been difficult to determine why some campaigns do better than others. He hopes the transparency gained though blockchain will change that.

The campaign was designed by RPM in Chicago, Majestic Star Casino & Hotel’s agency. It will run on Ternio’s Lexicon framework technology, which the company notes is capable of supporting more than 1 million transactions per second.

The display campaign — about $10,000 monthly — is scheduled to run on desktop and mobile for the remainder of the year. If the project is successful, Salinas says he could increase the budget. He also runs search, but not as much anymore.

It also gives RPM the ability to track and measure metrics as the campaign happens, so if changes are needed it can be done in the middle of the process.

Not all blockchain projects have been successful, according to China Academy of Information and Communications Technology (CAICT).

About 80,000 blockchain projects have launched in the past 10 years, according to Hacked.com, citing data from CAICT. Only 8% of them are actively maintained, while the remaining 92% failed with an average lifespan of 1.22 years.

The good news is the technology has had time to mature in the past 10 years.

Ternio is also working with Terlato Wines on implementing a campaign based on blockchain.