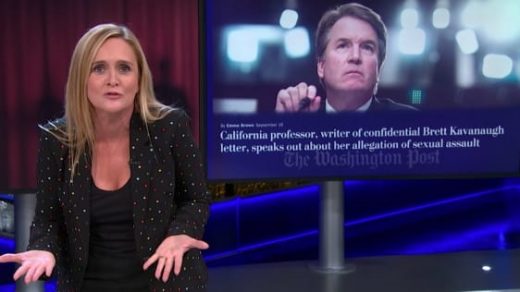 Sam Bee breaks down the ethics of rape, Dr. Seuss-style, so everyone can understand

What: An explanation about when it’s okay to rape, so simple that anyone could understand–even Republican senators and pundits.

Who: Comedian and writer Samantha Bee and the team at Full Frontal.

Why we care: The confirmation of embattled Supreme Court nominee Brett Kavanaugh has descended into a moral dungeon where conservatives offer tortured explanations for why attempted rape is okay. If it happened a long time ago: okay. If it happened when the accused was a teenager: fine. If the accused is now one hell of a soccer dad: no biggie. In a since-deleted tweet, John Podhoretz even invoked the infamous scene from Revenge of the Nerds where the hero dons the same Halloween costume and mask as his nemesis, so that he can enjoy some nonconsensual sex with the nemesis’s ladyfriend, in order to describe (lament?) how the culture has changed since the early ’80s. You don’t even want to know how Professional Large Adult Son Donald Trump Jr. defended Kavanaugh. (But here it is anyway.) All this downplaying of how serious Christine Blasey Ford’s credible accusation is has gotten Sam Bee fired up.

“I can’t believe this needs saying, but it’s never okay to try to rape somebody. Not even in high school,” Bee said on Wednesday night’s Full Frontal, during a five-minute segment on Kavanaugh. She then went on to break down the ethics of rape in a way that generations of men and women may remember learning lessons in as children: Dr. Seuss-style.

As she says these words in singsong, a Seussian illustration is projected behind her. Is it a bit patronizing? Maybe. But far too many people who clearly should know better are simultaneously backing up Kavanaugh’s claim that the alleged incident never occurred and are offering excuses for why it’s completely forgivable if he did. For anyone who argues that whatever Kavanaugh may have done back then doesn’t matter now, Bee closes out the segment by succinctly explaining why it does.

“The decisions he makes on the Supreme Court will impact women’s bodies for generations,” she says. “Of course if he assaulted someone when he was 17 and lied about it, it should impact him for the rest of his life. It sure as hell impacted hers.”

Watch the entire clip below. 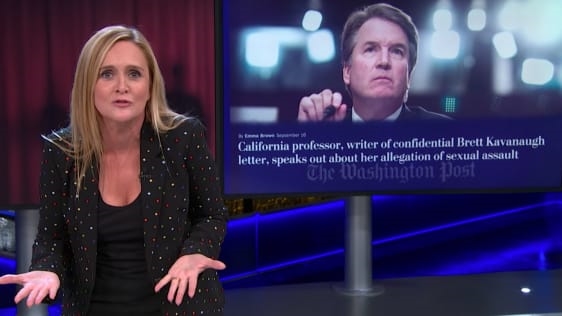