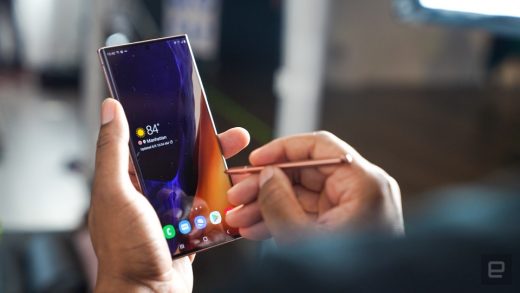 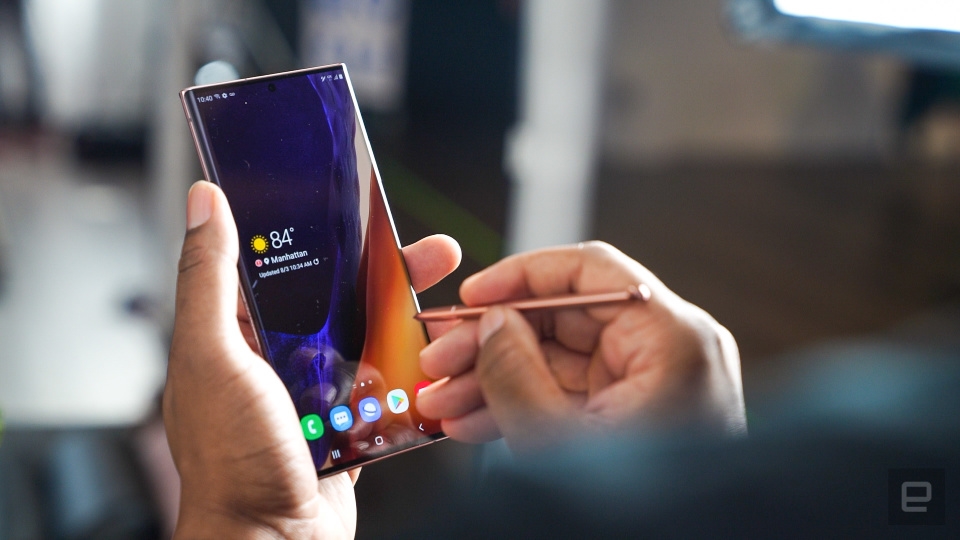 Last week Samsung revealed its new Galaxy Note line, and the highest-end model comes with a 120Hz screen. A higher refresh rate allows it to feel more responsive using a pen or playing mobile games and scroll even more smoothly, but as people with 90Hz phones have learned, it can also put more strain on the battery.

Samsung Display announced that its new “Adaptive Frequency” OLED screens — which are also available to other manufacturers who might want to build phones around them — are different from screens we’ve seen before, which support higher refresh rates, but can’t jump down to a slower one automatically.

Catch up on all the latest news from Samsung Galaxy Unpacked 2020!

This new screen, debuting first on the Galaxy Note20 Ultra 5G, can hit 120Hz when high rates are needed for gaming, drop to 60Hz for video playback, 30Hz when you’re messaging or as low as 10Hz when it’s displaying a still image.

At the slowest setting, Samsung claims it can use just 40 percent of the normally-required power, while other displays can’t adjust without starting to flicker. Samsung Display mobile display planning VP Ho-Jung Lee said in a statement “Our Adaptive Frequency display technology is expected to considerably enhance the user experience by calibrating refresh rates in line with the requirements of a specific application and therein more precisely allocating available power.”

Overall, the company claims its tech can save power by as much as 22 percent compared to other screens. However, as Anandtech points out, it’s not clear how granular the control can be, or if it’s limited to the specified settings. We’ve seen adaptive sync technology in monitors and even TVs used to reduce tearing, but on these small screens at least the first implementation is mostly about saving power.

Update (8/12/20): Samsung’s original news release claimed that, while running at its lowest possible refresh rate, these displays used 60 percent of the power they normally would. The company confirmed this morning that figure was released by mistake — these screens instead use as little as 40 percent of their normally required power when running at 10Hz.