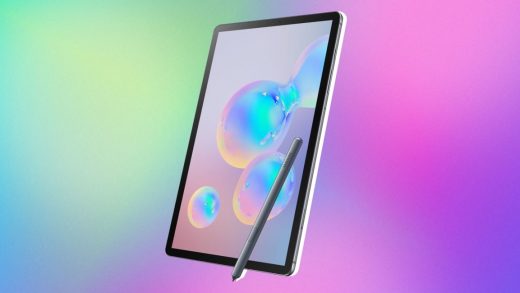 I’ve owned, used, and liked an iPad Pro for two years. But I’m surprised by how much I’m enjoying Samsung’s Galaxy Tab S6.

The $650 tablet does all of the things that people wish Apple would do with its own pro-grade tablet, even if they aren’t executed with the same level of polish. The result is a tablet that, despite the occasional rough edge, is way better at fitting into the workflow of someone who’s used to a PC without sacrificing traditional tablet niceties such as long battery life and a portable design.  That’s especially refreshing given that other Android device makers (including Google) have either stopped competing with the iPad Pro on productivity or given up on tablets entirely.

Bear in mind, I’m saying this as someone who’s been pretty happy using a 10.5-inch iPad Pro as a travel laptop. Although I’m not averse to working in iOS, the Galaxy Tab S6 is making me question which side of the fence to choose for my next tablet upgrade. Here’s why.

Unlike the iPad, the S6 doesn’t just offer mouse support as an accessibility feature. Connect any wireless mouse over Bluetooth, or plug one in via USB-C, and a proper cursor will pop up on the screen. Samsung’s own keyboard cover for the Tab S6 (which costs an extra $180) even has a little trackpad on it. Within a couple minutes of setting up the Galaxy Tab S6, I was writing in Markor (an Android Markdown editing app) with my Logitech MX Master 2S mouse and a mechanical keyboard, having a blast.

Granted, Android’s cursor support has always been inconsistent, and that’s still true with the Tab S6. Some apps don’t support desktop-style clicking and dragging for text selection, and the inability to reverse the direction of two-finger scrolling on Samsung’s trackpad is downright criminal. I also wish right-clicking would simulate a long press on the touchscreen for contextual menus, rather than functioning as a back button. Those are trade-offs I’ll happily accept, however, in exchange for being able to manage large blocks of text without clumsy finger gestures.

It has a normal file system

The other reason I was able to get working so quickly on the Galaxy Tab S6 is Android’s file system. By downloading the free OneSync app for Android, I can sync my entire OneDrive documents folder to a local folder on the Tab S6, so I can access the contents—both online and offline—with any document-editing app, just like on a PC.

On the iPad, this kind of local file syncing only works with Apple’s iCloud service. While Apple’s Files app can write and read directly to and from other cloud storage services, I’ve yet to find a Markdown editor that handles this reliably. As a result, I have to employ all kinds of weird workarounds just to write on the iPad and sync the files with my PC. With my setup on the Tab S6, file syncing just works the way it’s supposed to.

Even after two years of owning an iPad Pro, I’ve never quite gotten the hang of iOS multitasking. Pressing, holding, and then dragging apps into a second window is just too cumbersome, especially if you need to switch apps with any regularity, and I can’t stand how launching a new app from the home screen or dock takes you out of split-screen mode entirely. It’s all too complicated, and as a result I seldom use the iPad’s Split View or Slide Over views at all.

The Galaxy Tab S6 handles multitasking in a much simpler way: Swiping in from the right edge of the screen brings up a sidebar menu for quickly launching any app in a split-screen view. If you return to the home screen to launch another app, it’ll replace your second split-screen app without closing the first one. That means I don’t have to use any weird drag-and-drop gestures to switch between apps like Slack and Firefox while editing a document in my main window.

On top of all that, Android splits apps into top and bottom windows when you’re using a device in portrait mode, which is a much better use of screen space than the iPad’s claustrophobic vertical divider. And unlike with iOS, whose Split View mode requires explicit support from app developers, Android split-screen mode works with any app, so I can finally view NFL Redzone and my Yahoo Fantasy Football scores at the same time.

You can set a default browser

While this advantage isn’t at all specific to the Tab S6, I’ve always appreciated that Android lets you set any browser as the default. That means I can use Firefox as my main browser and keep my history and bookmarks synced across other devices. While Firefox is available on the iPad as well, iOS is constantly trying to open Safari instead through web links in other apps. I’m so tired of having to flip between different browsers, trying to remember which tabs opened in each one. The Galaxy Tab S6 removed that cognitive burden immediately.

I’ll admit that the Galaxy Tab S6’s keyboard cover is unusual. Instead of wrapping around the entire tablet like Apple’s iPad Pro Smart Keyboard Folio, the Tab S6’s Book Cover keyboard has two parts: The keyboard piece snaps to the bottom of the tablet with a magnetized connector, while the rear cover sticks to the tablet’s backside with a ring of suctioning foam material. To put it on, you have to line the tablet up like you would with a screen protector, which feels weird.

The two-part system has one big advantage, though: You can use the rear cover as a kickstand even when the keyboard isn’t attached, kind of like you would with the built-in stand on Microsoft’s Surface tablets. And unlike with the iPad Pro’s folio, the Tab S6 kickstand can adjust to any angle. Finally, I can have my parents read to my kids over video chat before bed without having to prop the iPad up awkwardly against a pillow.

Whereas the Apple Pencil snaps to the edge of the iPad Pro, Samsung put a magnetized groove in the Galaxy Tab S6’s rear panel to hold the included S Pen stylus. Granted, the S Pen is smaller than the Apple Pencil, and even with the indent it still protrudes from the Tab S6’s backside, but the tablet itself is easier to hold when the stylus is stuck to the back instead of the edge.

If you opt for the keyboard cover, taking the S Pen when you is even easier, thanks to a fold-out hatch that covers the S Pen entirely. Once the S Pen is tucked away, there’s no risk of it getting separated when you put the tablet in your bag.

Touchscreen typing is so much easier

Even when you don’t have a keyboard attached, the Galaxy Tab S6 is easier to type on compared to an iPad. Compared to Apple’s 11? iPad Pro, its 16:10 aspect ratio and smaller 10.5-inch screen makes it about three-quarters of an inch narrower than the iPad Pro in portrait mode, so you can thumb-type without having to stretch as much or rely on a split or flatting keyboard. Samsung also provides a dedicated number-key row on its software keyboard, having recognized that hiding the number keys behind a long press or secondary function key makes no sense on a screen of this size. There’s even a control key for shortcuts like copy, select all, and undo.

Samsung lets you gesture type as well, so you can write by swiping a finger—or, for more precision, the S Pen—over each letter in a word. While Apple allows this on third-party keyboards, they’ve never worked as reliably as the default iOS keyboard. And on the iPad, the only way to gesture type with the default keyboard is by shrinking it into a miniature keyboard that floats on top of whatever app you’re using. It’s a lot easier to be accurate with gesture typing when you can use the full width of the tablet’s screen.

So what’s the downside?

By now, any Apple enthusiasts reading this are probably all thinking the same thing: But it doesn’t run iOS, which is fair. With the Galaxy Tab S6, you won’t be able to use FaceTime, iMessage, or most other Apple apps. You’ll also likely run into at least one non-Apple app that you wish Android had. In my case, that’s Notability, which I use to take notes during interviews and record audio that syncs with the writing on the page. (The nearest equivalent on Android isn’t nearly as polished and hasn’t been updated since 2014.) I would also miss iOS’s music creation apps, which are far better than what Android offers.

The Tab S6 has its own issues as well. Whenever I wasn’t using it, I found that it drained about 10% of its charge per day, so I had to be more mindful of charging it up during downtime, and while I loved the rear cover of Samsung’s Book Cover keyboard, the actual keyboard and trackpad felt too small and cramped. I also never got the hang of using Samsung’s DeX software, which tries to turn Android into a desktop-like environment when you plug in the keyboard cover or an external display. I quickly disabled that in favor of the simpler tablet interface, even while working with a mouse and keyboard.

Despite those downsides, the Galaxy Tab S6 is letting me accomplish nearly everything I do on my iPad with fewer restrictions. While Apple’s made a big to-do of how an iPad can replace your laptop, I’ve had an easier time doing that with a tablet that runs Android instead. 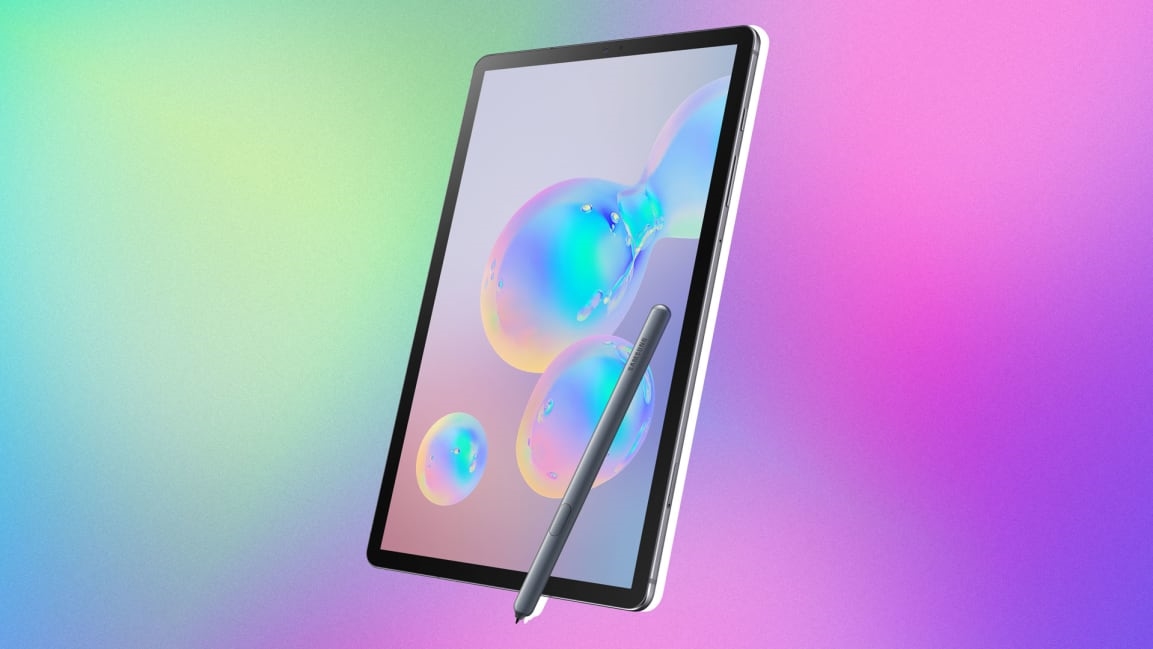