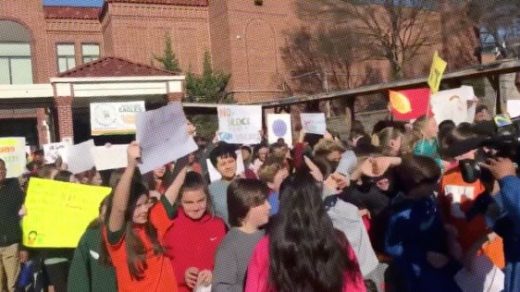 School walkouts: Emotional videos and photos show students are fed up with shootings

Today, thousands of students are taking to the streets to protest gun violence, imploring officials to do something, anything, after the tragedy in Parkland, Florida, last month. Starting at 10 a.m. this morning, students and others disenchanted by the unwillingness of U.S. lawmakers to enact sensible gun legislation left their classrooms and workplaces en masse, and made their presence known. Now hashtags like #StudentWalkout and #NationalWalkoutDay are trending.

The walkouts took place at schools across the country. Here’s a few pictures and videos of the protests:

Powerful moment in DC with huge crowd of students sitting with their backs to the White House for 17 minutes of silence. #NationalWalkoutDay #Enough pic.twitter.com/tvP8t80FXE

#NationalWalkoutDay at my daughter’s school, the largest in NYC. #NeverAgain #EnoughIsEnough pic.twitter.com/L8XDB2AAw4

Total silence outside this elementary school, with more than 60 students protesting and dozens of parents watching. Only sound is posters flapping in the wind. pic.twitter.com/4RaG3osZue

Looking at the bravery of these students–many of whom are facing suspensions for leaving school unauthorized–it seems the kids are okay. 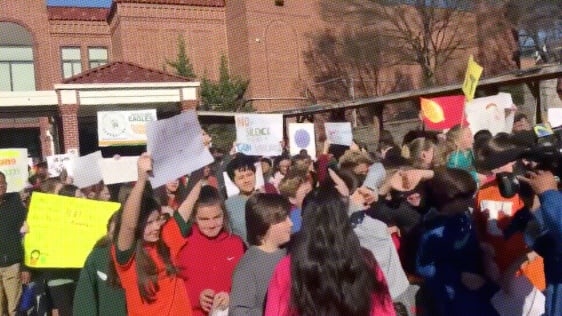