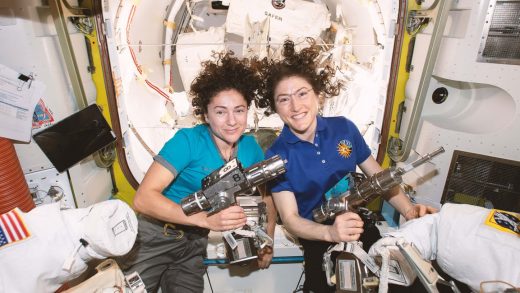 Tomorrow morning, the first all-female spacewalk is scheduled. Astronauts Christina Koch and Jessica Meir are slated to leave the International Space Station around 7:50 a.m. EDT to replace faulty equipment outside.

You can watch the historic event on NASA Television or the NASA website.

It was a problem with spacesuits that had forced the cancellation of the first all-female spacewalk in late March. Koch had been slated to go with astronaut Anne McClain, but because they both needed the same size spacesuit—medium size, hard upper torso—and only one was available, Koch was replaced by astronaut Nick Hague.

The spacewalk tomorrow will be Meir’s first (making her the 15th woman and 14th American woman to spacewalk) and Koch’s fourth, according to NASA. It’ll be the 43rd spacewalk to include a woman.

Both Koch and Meir “were selected as astronaut candidates in 2013 as part of the first class, of which 50% were women. . . . Women have been performing spacewalks since 1984, when Russian cosmonaut Svetlana Savitskaya spacewalked in July and NASA astronaut Kathryn Sullivan conducted a spacewalk in October,” a NASA statement, issued today, explained.

On Tuesday, NASA unveiled its two new spacesuits—to be worn by both male and female astronauts—for the agency’s Artemis lunar exploration program, which aims to have a man and a woman walk on the moon by 2024.

When the spacesuits were introduced, NASA administrator Jim Bridenstine said the suits fit everyone “from the first percentile of women to the 99th percentile of men.” 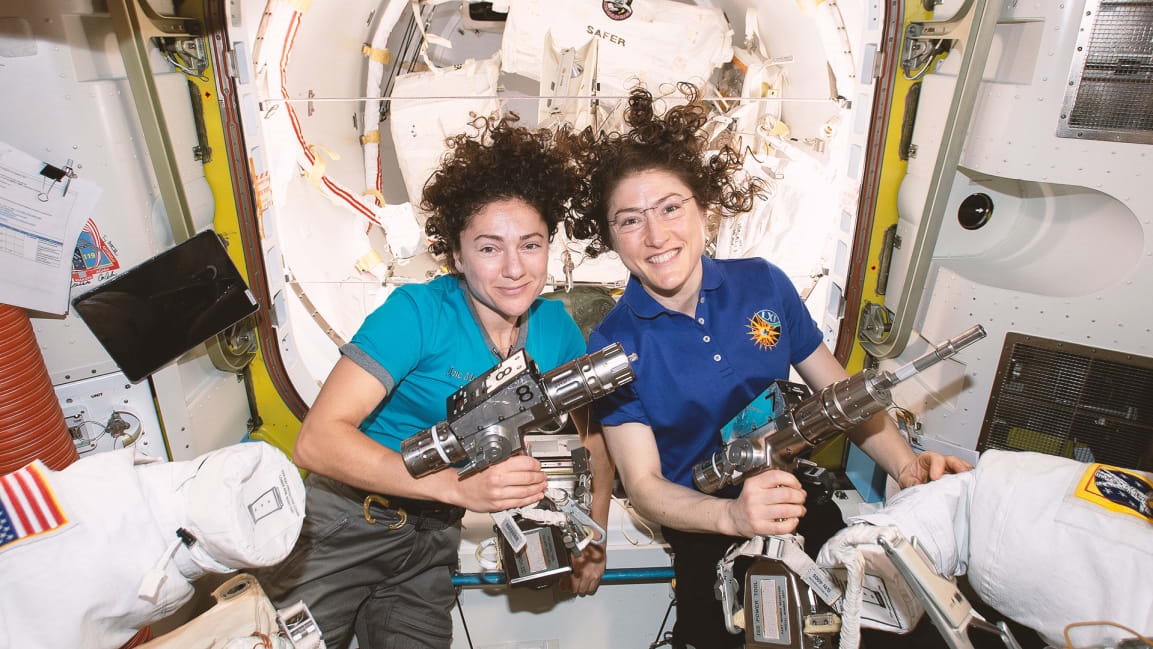