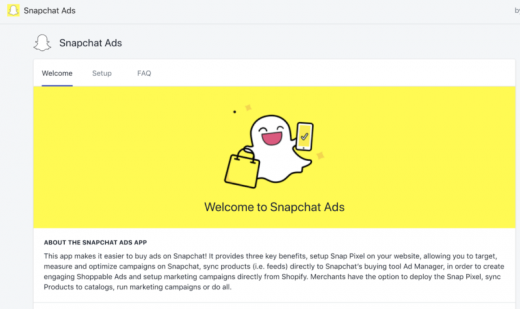 Facebook dynamic ad campaigns and Snapchat Story Ads will both be available through Shopify. 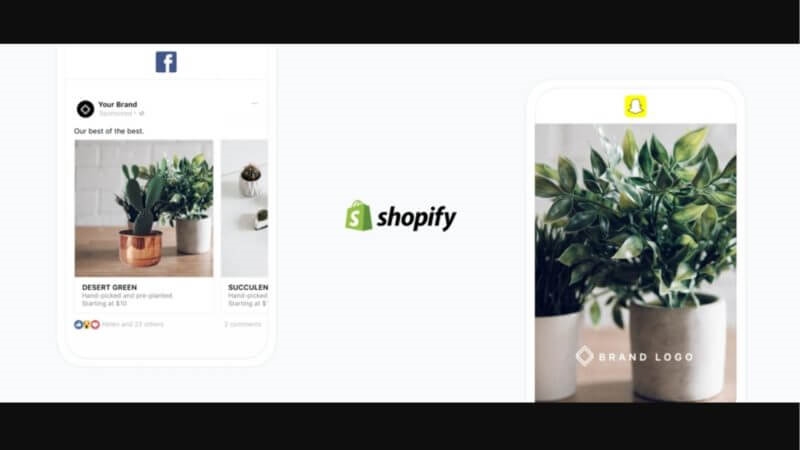 Shopify is giving Facebook and Snapchat advertisers new ways to purchase ads through its e-commerce platform. On Monday the company announced its users will be able to create, manage and launch Facebook dynamic ad campaigns through its e-commerce solution. Shopify is also launching new integrations with Snapchat, making it possible for clients to create Story Ads campaigns via a Snapchat Ads App from Shopify.

Facebook dynamic ads through Shopify. In addition to Carousel ad campaigns that were already available via Shopify’s platform, Facebook advertisers will now be able to launch dynamic ads via their Shopify accounts starting this week.

“With Facebook’s dynamic ads, merchants can simply set their campaign goals and the right products will be surfaced to the right customers through Facebook’s platform, while syncing with Shopify for updated pricing and product availability,” said Shopify.

Advertisers will be able to connect their Shopify stores to the Snapchat Ads manager, making it possible to automatically sync product catalog information (a process that previously had to happen manually). The new Shopify-Snapchat integration will also provide a Snap Pixel auto-install feature so that advertisers can easily install the Snap Pixel on their websites.

Snapchat said the Shopify integration will be rolling out over the next few weeks. Snap provided the following image of Shopify’s Snapchat Ads App: 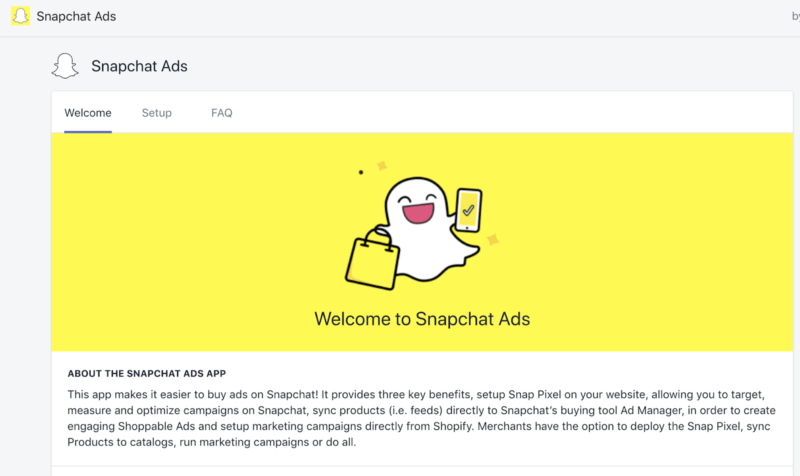 Why we should care. Shopify’s latest Facebook and Snapchat integrations offer e-commerce advertisers seamless ad creation and management processes for more of their social campaigns. The new features not only open up more campaign options through Shopify’s platform, the automated syncing of product information from Shopify’s platform will be a major time-saver for marketers managing multiple e-commerce campaigns across the social platforms.