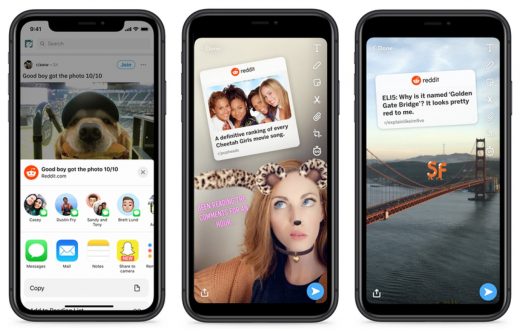 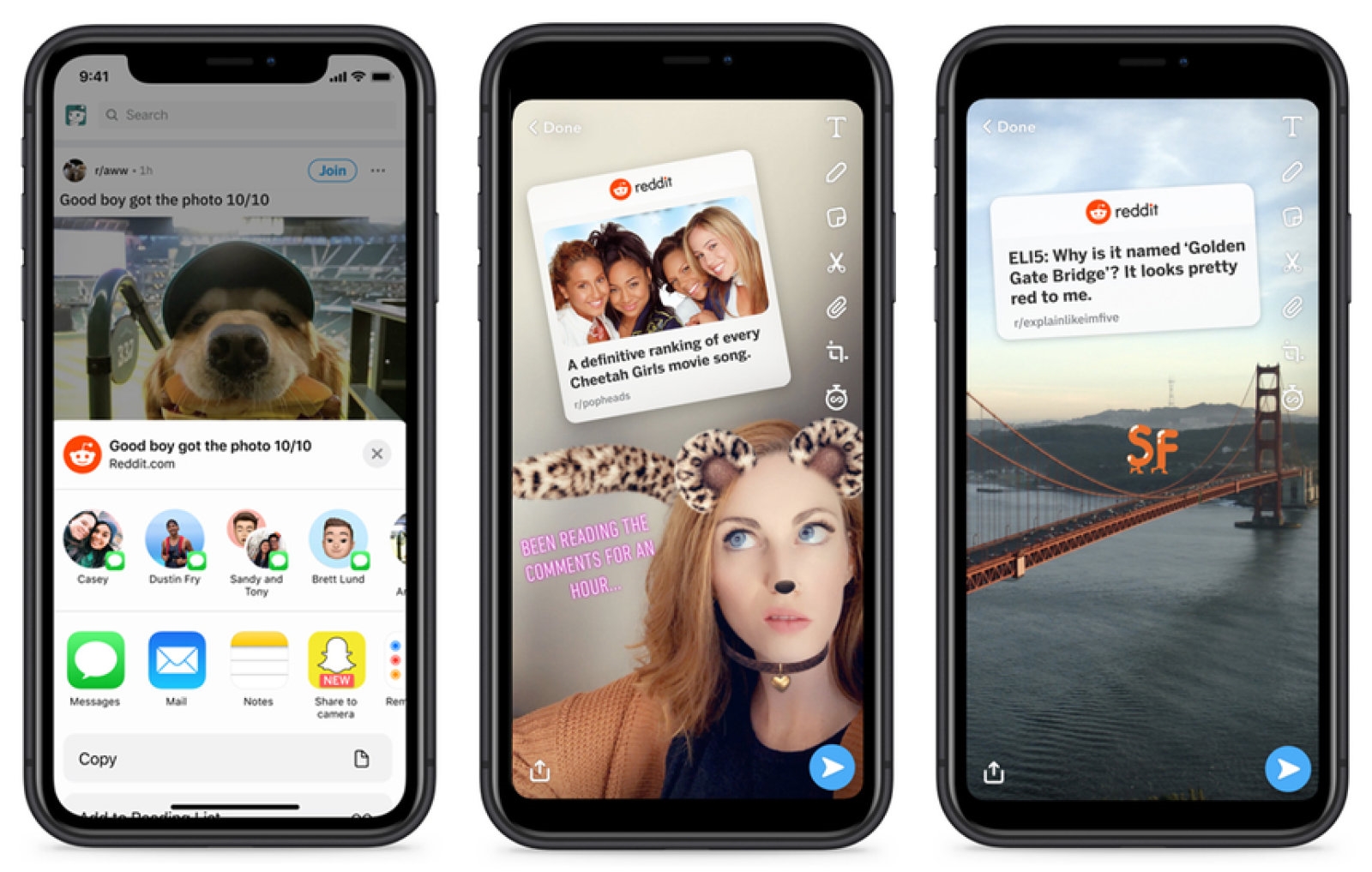 Snapchat is rolling out an easy way for you to share the best things you find on Reddit with your friends. You’ll see Snapchat among the options when you tap the share button on Reddit, as long as you have both apps installed on an iOS device.

That’ll pull the Reddit post into the Snapchat camera, and from there you can share it as a story or with just a few of your friends. Snapchat will include a sticker with the Reddit logo and details about the post’s origin.

If Snapchat users who see the post have the Reddit app installed, they can swipe up to access it there and perhaps get involved in a conversation about a cool photo on r/houseporn or an adorable GIF on r/aww. Otherwise, swiping up will take them to the Reddit page in the App Store.

“Snapchat is the first platform partner with whom we’re testing a content sharing integration, and we’re excited to see how the feature will shape the sharing habits and experiences among our users,” Vaibhav Sahgal, Reddit’s head of growth product, said in a statement.

The Snapchat sharing option is limited to safe-for-work subreddits and those in good standing. It’ll appear in the Reddit iOS app starting today, and will be available on Android later.