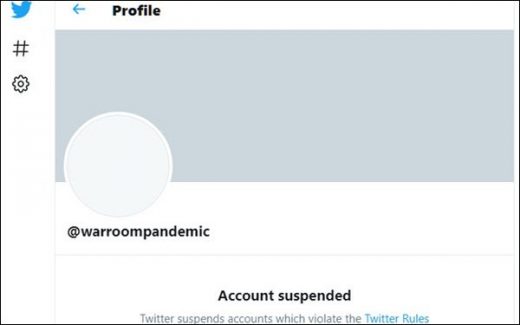 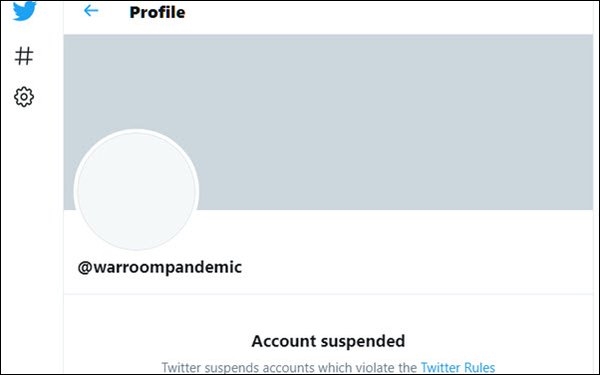 As the election vote counting process continues, social media continue to scramble to correct years of laissez-faire practices by now struggling to strike a balance between blocking false, dangerous content and allowing for as much free speech as possible.

The efforts continue to be a game of whack-a-mole, with Trump and supporters continuing to claim without evidence that election fraud is taking place, and some groups and individuals seeking to incite violence.

In addition, YouTube removed the episode, citing its policy against inciting violence. “We will continue to be vigilant as we enforce our policies in the post-election period,” the statement added.

Bannon, fantasizing about what Trump might do in a now extremely unlikely second term, said the two should be fired, adding: “I’d actually like to go back to the old times of Tudor England, I’d put the heads on pikes, right, I’d put them at the two corners of the White House as a warning to federal bureaucrats,” according to TechCrunch.

Facebook announced that it has taken down a group called “Stop the Steal 2020” that had 300,000 members and was organizing protests targeting officials still counting ballots in Michigan, Pennsylvania, Las Vegas and Phoenix.

“In line with the exceptional measures that we are taking during this period of heightened tension, we have removed the Group ‘Stop the Steal,’ which was creating real-world events,” Facebook said in a statement to TechCrunch. “The group was organized around the delegitimization of the election process, and we saw worrying calls for violence from some members of the group.”

“In line with the exceptional measures that we are taking during this period of heightened tension, we have removed the Group ‘Stop the Steal,’ which was creating real-world events,” said a Facebook spokesperson in a statement emailed to TechCrunch. “The group was organized around the delegitimization of the election process, and we saw worrying calls for violence from some members of the group.”

Facebook also began blocking some hashtags being used to spread election disinformation, including #stopthesteal — which has been promoted by Donald Trump, Jr. and other Trump campaign officials — and #sharpiegate.

Instead of taking users to search results for the hashtags, Facebook is now showing a page that explains that posts with the hashtag are being “temporarily hidden” because “some content in those posts go against our Community Standards.”

Facebook also announced that it will reduce the distribution of posts that its systems deem likely to be disinformation, and limit distribution of live video related to the election, reports Bloomberg.

Further, Facebook said that once a winner of the presidential race is official, it will display prominent notices to head off further false victory claims.

“On the results, we will rely on a majority opinion from Reuters as well as independent decision desks at major media outlets, including ABC News, CBS News, Fox News, NBC News, CNN and the Associated Press to determine when a presidential winner is projected,” Facebook said in a statement. “We will then show the candidate’s name in notifications at the top of Facebook and Instagram.”

That messaging will also appear on candidates’ posts, replacing the current message stating that votes are still being counted.