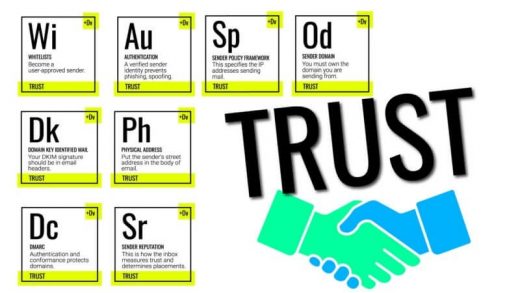 This collection of social media marketing and new hire announcements is a compilation of the past week’s briefs from our daily Marketing Land newsletter. Click here to subscribe and get more news like this delivered to your inbox every morning.

Facebook confirms Groups data breach caused by API bug. The company said that private Groups member information – such as names and profile pictures – might have been accessed by approximately 100 partner developers from video streaming and social media management apps. According to Facebook, developers that may have accessed group members’ information after the Groups API restrictions were announced in April 2018 will be asked to delete member data that might have been retained. There has been no evidence of abuse discovered so far, Facebook said.

Expanding Messenger encryption, despite warnings. On Wednesday, Reuters reported that Facebook plans to expand encryption across its Messenger platform, despite warnings from regulators and government officials that the enhanced security will help protect pedophiles and other criminals. The plans were announced at the Web Summit tech conference in Lisbon earlier this week. Executives told Reuters they plan to detail safety measures, including stepped-up advisories for recipients of unwanted content. The changes have gained the support of civil rights groups and technology experts globally.

LinkedIn adds new language translation settings. In an effort to make LinkedIn more accessible and personalized for international users, the platform has introduced two new settings. The settings allow users to input all the languages they understand but do not want to be offered translations for, as well as the ability to define which language users would like all content translated into. This makes the choice of content experience explicit, and also extends the translation offering beyond the LinkedIn interface languages to the 60+ offered for translation by Microsoft Cognitive Services.

Facebook urged to ban political ads ahead of UK election. In an open letter published on Monday, Mozilla, political pundits, and campaigners demanded that the social media giant stop running political ads until Dec. 12. Referencing Facebook’s current ad policies, the letter states: “We are aware that these policies are subject to debate both inside and outside the company. While that debate continues, people in the UK are left in uncertainty about whether they can trust what they see on the platform.” The petition follows Twitter’s recent move to ban political ads, with Twitter’s CEO confirming that the company plans to share more on the final policy by November 15, and will begin enforcing its ban on political ads November 22.

Our ad tech trends roundup of 2019 shows that digital ad spend in the U.S. remains dominated by the Google and Facebook duopoly. Amazon, at 7% share, is the only seller to break out from the pack of would-be challengers. Amazon this year released a number of improvements to its ad-buying interfaces, such as improving the usability of its DSP, extending the reach of Sponsored Products, adding a rewards program tool, incorporating customer acquisition metrics and enabling dynamic bidding for Sponsored Products ads.

However, even as Amazon continues to build up its advertising product, as well as the new mobile, over-the-top (OTT) and connected TV ad inventory entering the space in the coming year, the Facebook/Google duopoly will likely continue to dominate into 2020.

Ad platform Criteo has named Megan Clarken CEO. The company is splitting the roles of CEO and chairman, adding Clarken to lead the organization, while Criteo’s founder and former CEO JB Rudelle will continue as chairman of the company’s board of directors. “I am personally very happy to work with Megan on the next phase of our transformative journey. The addition of Megan will significantly strengthen our executive team in its strategic evolution,” said Rudelle. Clarken comes to Criteo after fifteen years with Nielsen. Most recently she served as the chief commercial officer for Nielsen Global Media.

Michael Londgren has been named chief marketing officer for Seismic, a SaaS sales enablement platform. He will oversee the company’s international and vertical growth and be tasked with growing its position within the industry. “Michael has a strong history establishing companies as market leaders within their respective categories,” said Seismic CEO Doug Winter. The CEO went on to say he was confident that Londgren would help the company deepen its market leadership. Prior to joining Seismic, Londgren held marketing leadership roles at Google Cloud, DocuSign, Adobe and BoardVantage.

The video technology company KERV Interactive has expanded its C-suite with the promotion of  Marika Roque to chief operating officer and Taylor Pate to chief technology officer. The two will work together to plan, develop and implement the company’s technology roadmap — including its SaaS platform strategies, building on current product features, KERV’s social and YouTube offerings, as well as on-boarding publishers to its system. “We are thrilled to promote them to our C-Suite, and we are confident their leadership will help us continue to grow and reach new milestones,“ said KERV CEO Gary Mittman. While Roque will be focused on managing client-facing needs and operational elements, Page will oversee the technology roadmap and functionality.

Build trust in your audience with these key email marketing considerations

Gaining permission from a recipient sets the stage for building trust. This includes both the trust of the recipient and the trust of their ISP, which ultimately controls which emails are delivered, which go into the spam folder and which are blocked entirely. 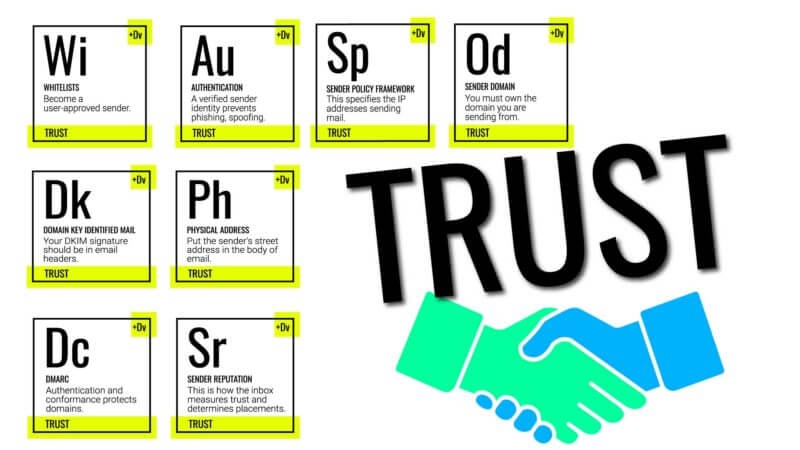