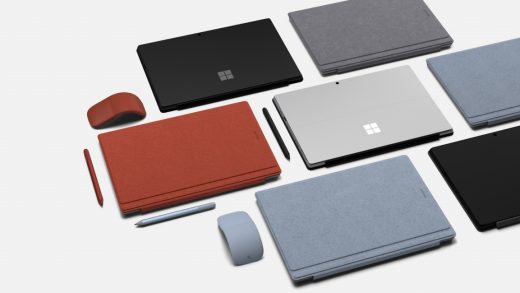 Sorry, pundits: Microsoft cares more about Surface than ever

Microsoft will exit the Surface business by 2019. Two reasons: Satya Nadella is a software guy, he’s a cloud guy. He already allowed [Microsoft’s] mobile phone business to decline. Secondly, the Surface’s performance is choppy, it has had good quarters and bad quarters but overall it is not making money. It doesn’t make sense for them to be in this business. And when the capital expenditure challenge that Satya Nadella is taking Microsoft down becomes visible to Wall Street . . . he will have a lot of cost cutting to do, and Surface will be the first target.

It’s been two years since Brazier declared that Microsoft’s Surface hardware line would be toast in 2019, a prediction he reiterated last year. By now, even the most Surface-adverse of skeptics knew he misjudged Microsoft’s commitment to making its own devices. By doing so, he joined others who have either forecast Surface’s demise—or actively advocated it—for years.

But Nadella’s Microsoft isn’t just allowing Surface to live. At its Wednesday event in New York City, it announced the Surface Pro 7. And the iPad Pro-like Surface Pro X. And a new Surface Laptop. And the Surface Earbuds, its first venture into AirPods territory.

Most dramatically, Microsoft hardware honcho Panos Panay previewed the Surface Neo and Surface Duo—two all-new, two-screen devices the company doesn’t even plan to release for another year, and which it’s still in the process of designing. Though it seems risky to me to be whipping up anticipation for products that are still works in progress—can you say AirPower?—the announcement of Surface’s fall 2020 lineup a year ahead of schedule is a gutsy move.

Me, I never bought into the idea that Surface was doomed. But I also didn’t anticipate Microsoft’s continued enthusiasm for expanding its hardware portfolio into new categories. It seemed possible that Surface might quietly plod along.

After all, some of the points to Brazier’s pessimism are valid. Microsoft CEO Satya Nadella is a software and cloud guy. The company has struggled at times to deliver new Surface hardware on the kind of cadence that makes the whole lineup feel appealingly fresh at all times. And though Surface is a sizable business—a $5.7 billion one in the last fiscal year, Microsoft says—the company doesn’t disclose profits. It’s possible that the line has been a money pit overall since the first Surface tablets debuted in 2012; a more conservative outfit might well have done away with it by now.

Still, with Microsoft thriving overall, it has not been boxed into the painful cost-cutting measures that Brazier anticipated. It has the luxury of being able to invest in Surface even if sexy hardware may never be a profit engine. And it’s increasingly clear that Surface speaks to something in Microsoft’s soul that’s bigger than its impact on the bottom line.

Plenty of people are noting that the Surface Neo and Duo seem to be the deferred realization of “Courier,” the Microsoft two-screen concept device that leaked in 2010, became instantly beloved, and then never made it to market. But you have to go back way further than 2010 to reach the origin of Microsoft’s interest in putting Windows on all-new, productivity-centric mobile computing devices. How about the early 1990s, when it released Windows for Pen Computing—an operating system for a new generation of proto-iPads that never actually became a thing?

Microsoft’s enthusiasm for Windows-powered, pen-enabled mobile machines has long outpaced that of the general population. In 2001, Bill Gates confidently predicted that the majority of PCs sold within half a decade would be Tablet PCs. (I doubt that even he was using a Tablet PC when 2006 rolled around.) But we’re finally at a point where the technological components—screens, processors, pens, and more—might let Microsoft build the sort of device it’s been dreaming about for decades. Trying again with the Surface Neo makes at least as much sense as giving up. So does putting Android rather than Windows on the Surface Duo, a move that’s entirely consistent with Nadella’s stance that Microsoft should focus on controlling experiences, not operating systems.

When I asked Satya Nadella whether Microsoft ever thought about reviving a true Windows mobile OS, he told me: “The operating system is no longer the most important layer for us…What is most important for us is the app model and the experience.” https://t.co/WqBxrRCD9z

Meanwhile, the fact that Microsoft is a software and cloud company at its heart doesn’t mean that devices are a distraction. Nadella has quoted Alan Kay’s famous maxim that people who are serious about software should build their own hardware. The specific type of software that Microsoft is most serious about is productivity software—whether delivered on a device or in the cloud—and its approach to Surface hardware has generally emphasized productivity, too, as it should.

The Surface computers are undeniably polished and innovative. They’ve given Microsoft a deeper understanding of how to create compelling experiences than if it was merely shipping operating systems to HP and Dell. And they seem to have been a positive influence on the PC industry, which is designing more imaginative, forward-looking Windows computers today than in the pre-Surface era.

If there’s an outlier among the new Surface gadgets, it’s the Surface Earbuds—which, at $249, make the $169 AirPods sound like the budget alternative. They follow last year’s over-the-ear Surface headphones—which my colleague Mark Sullivan liked—and represent the first significant expansion of the Surface brand beyond tablets and laptops. Maybe they represent a side bet on a future in which we do more of our computing by talking. But unlike Amazon—which announced its own Echo Buds last week—Microsoft is currently an also-ran in the voice assistant race. (Sorry, Cortana.)

I’m not saying that Brazier’s evocative picture of Nadella sacrificing Surface to placate Wall Street will never become reality. Sooner or later, Microsoft will run into a rougher patch than it’s experienced so far during his tenure. No company has a permanent pass on making tough decisions. And I’ve occasionally been tough on Surface myself. But it’s more fun to see Microsoft growing even more excited about hardware than grimly ratcheting down its ambition. Now it just needs to make sure that the Surface Neo and Duo still feel like they’re part of the future of computing—rather than literally last year’s news—when they finally arrive.

About Cares Ever Microsoft More pundits Sorry Surface Than 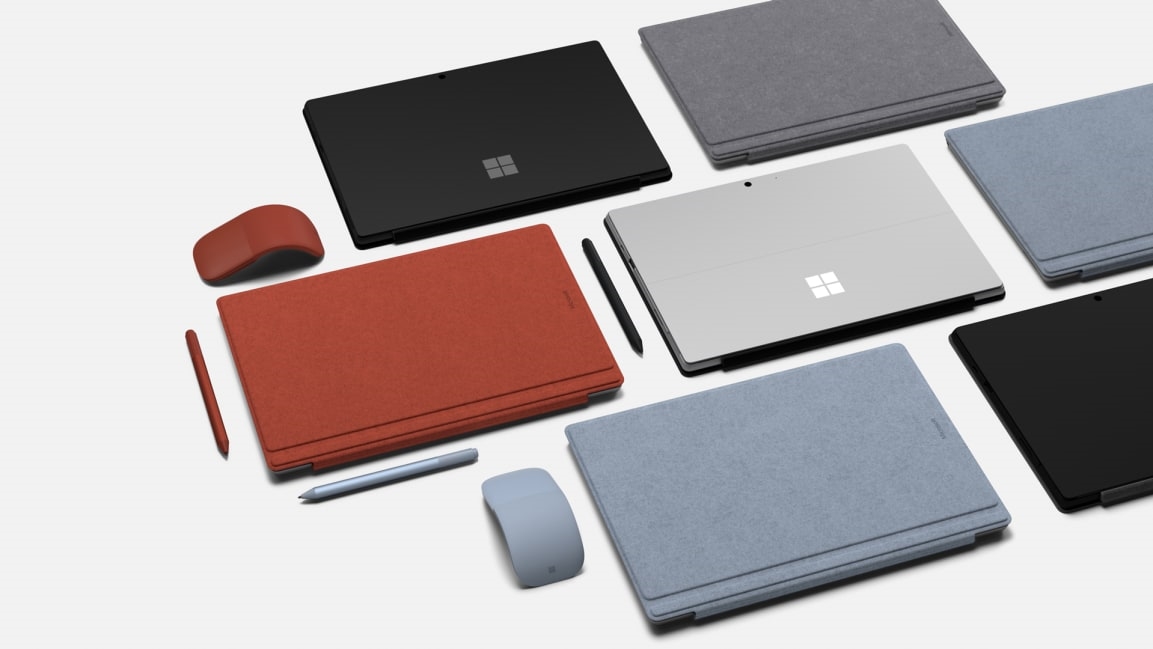