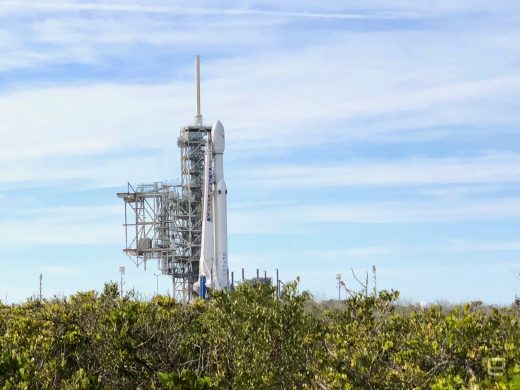 The Falcon Heavy launch brought me to tears

I have literally scheduled my life around this rocket launch. 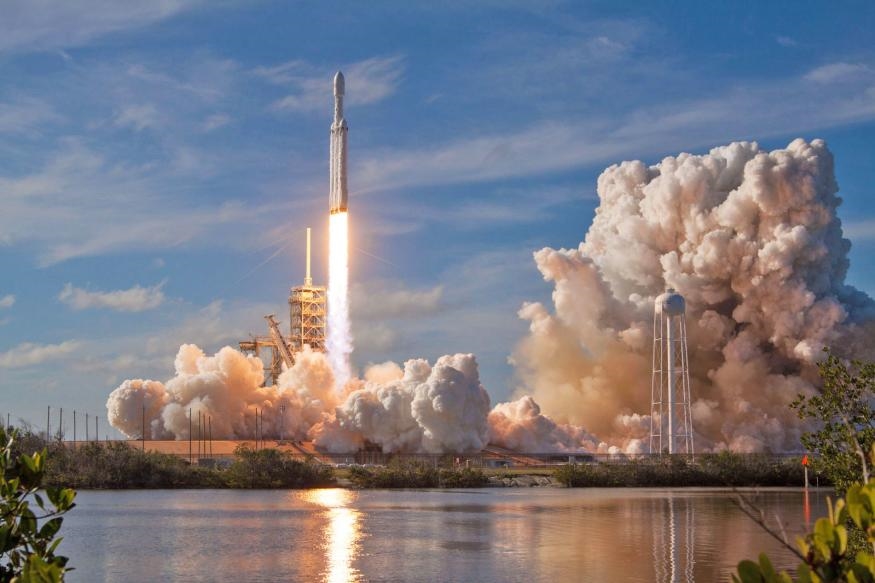 The buzz over SpaceX’s Falcon Heavy rocket launch might have seemed to erupt out of nowhere, but for space enthusiasts, it was a long time coming. I’ve followed the development of the Falcon Heavy since it was announced in 2011, and I was on the ground at Cape Canaveral to see the launch in person, about three miles away at NASA’s press site.

It had gotten to the point where I didn’t think the rocket launch would ever happen. After all, the Falcon Heavy was supposed to take flight in the spring of 2016. It turns out, though, that the development of the rocket was much more difficult than anticipated, to the point where Elon Musk admitted to the press that the project was almost canceled three separate times.

And yet, I knew that if and when it did take off, I needed to be there to witness it. I’ve spent the last year making tentative plans and warning my friends that I might have to cancel at the last minute if the rocket launch date was scheduled. (I, thankfully, have very understanding friends.) I refused to make Thanksgiving or Christmas travel plans in 2017 because of the Falcon Heavy. I have literally scheduled my life around this rocket launch.

Was it worth it? Absolutely, and I’d do it again in a heartbeat.

The morning of the launch was a bright sunny day, and the always-crucial weather forecast looked favorable. I was optimistic when I arrived at the press site and settled down to work. However, the assembled journalists were soon greeted with unwelcome news: the high-level winds were out of bounds for the launch. Elon Musk had specifically mentioned the wind concern the day before, so we all knew SpaceX was going to be conservative with launch conditions. They quickly delayed the scheduled launch time from 1:30 to 2 PM ET, with a launch window that extended to 4 PM ET. 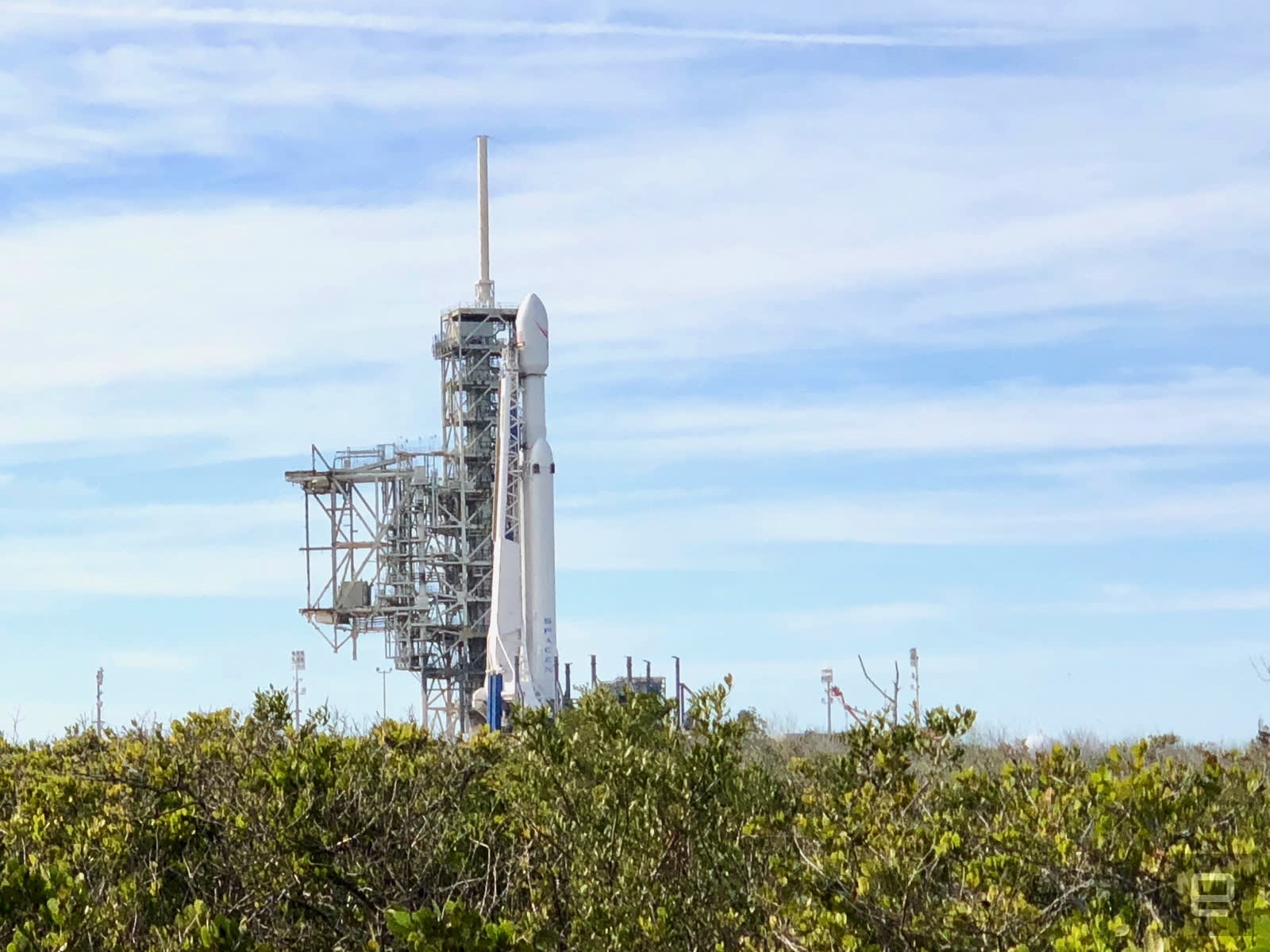 We expected launch delays (it was a test, after all), but that didn’t stop the despair from setting in. We were desperate, and the uncertainty was grueling. To make matters worse, the winds kept up and the time kept getting pushed back further. Everyone was on edge, staring at the countdown clock in the press room, helpless to do anything. Every time the launch clock reset, the entire room would groan in unison.

We all started resigning to ourselves to the possibility we’d have to return the next day.

Finally, a new launch time was set: 3:45 PM ET — SpaceX was cutting it close to the end of the window. The launch would likely not happen if anything went wrong during the countdown. We were all basically walking bundles of nerves. Even our anxiety had anxiety.

Our anxiety mixed with confusion as the clock counted down and propellant was loaded. Wait, nothing was going wrong? Suddenly, we were set for launch? The fueling proceeded as scheduled, the weather continued to cooperate and the upper level winds were quiet.

When we got to about 20 minutes before launch, it started to feel real. “Is it possible this might actually happen today?” I asked myself. I left my computer on its desk on the press room and headed outside, squinting in the bright light, to take a look at the rocket on its pad.

Everyone was excited, but still a little in disbelief. As that clock ticked downward though, it became real. Thirty seconds before launch, I called out the time to reporters who weren’t listening in on the feed from Launch Control; surprise rippled through the ranks that it was so close.

A few seconds later, the sound hit those of us at the press site. It wasn’t just a noise I could hear; I felt the rumbling deep in my chest. As the rocket ascended, the emotion (and the years I’d been waiting for this launch to happen) hit me, and I started sobbing. I may have been standing in the middle of strangers, but I felt no embarrassment. We were united in our exhilaration.

As we watched the Falcon Heavy ascend into the sky, we whispered under our breath for it to keep moving upward (“please don’t explode”). After it disappeared, we knew it wasn’t over. It was time to search the skies for the first stages returning to land. A few minutes later, we spotted them: two flanking boosters in a perfectly synchronized descent.

The launch of the Falcon Heavy was spectacular. But it was the sheer audacity of the twin booster landing that that transformed my joy into wonder. When I heard the two sets of twin sonic booms (four in all) as the rockets touched down on their respective pads, I couldn’t help but scream, “Holy shit!” They’d done it. And with it, SpaceX had opened a door to a new era in American spaceflight. Watching that launch (and landing) is an experience I will never forget.