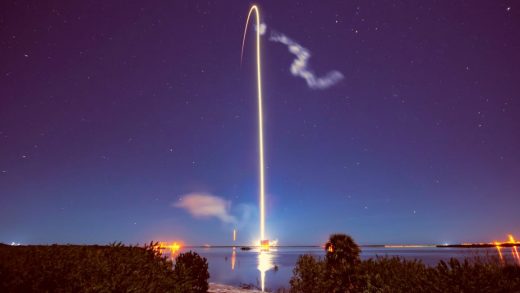 SpaceX spawned a swarm of satellites Wednesday morning—the latest addition to a constellation designed to give space-based broadband escape velocity from its mediocre past.

The company’s 60 Starlink nano-satellites are delivered to low Earth orbit by a partly reused Falcon 9 rocket and gently ejected one at a time from a rack, as if it were a Pez dispenser. They bring SpaceX’s broadband project up to 242 deployed satellites. That’s about a third of the 720 the company will need for “continuous coverage of most populated areas,” as the company tweeted last May.

But while the Starlink constellation is becoming increasingly real as it grows towards a planned mesh-network array of 7,518 satellites, much mystery remains about the internet service that Elon Musk’s space-exploration firm plans to start selling later this year.

The obvious virtue of Starlink’s design, as well as that of other next-gen satellite-broadband services, is that it doesn’t send data on a roughly 44,000-mile round trip. Current space-broadband services require that journey, thanks to their reliance on satellites parked 22,236 miles up in geosynchronous orbits that keep them over one spot on Earth.

That placement lets one satellite cover an enormous expanse and provide download speeds into dozens of megabits per second, competitive with entry-level residential broadband. But it limits upload speeds to a tiny fraction of that and imposes an unavoidable latency of 700-plus milliseconds, versus 10 to 30 milliseconds for ground-based bandwidth.

Over the long haul, Starlink is a tiny part of the potential cloud of broadband satellites.

That’s good enough for inflight Wi-Fi, when the alternative is overloaded air-to-ground cellular links. Back on Earth, however, it makes satellite broadband a last-resort solution, such as for folks in the boonies who can’t get cable.

Starlink’s first satellites occupy an orbit of just 340 miles up, while later waves will provide service from 210 and 710 miles high.

SpaceX’s Nov. 2016 application to the Federal Communications Commission says Starlink will offer speeds of up to a gigabit per second (although it doesn’t break out upload speeds) at latencies of just 25 to 35 milliseconds. That would make the service a much more compelling alternative to higher-end cable and fiber connections.

The document did not mention data caps or rule them out. Tyler Cooper, editor in chief at BroadbandNow, said he believed Starlink’s use of optical data links between satellites would make a limit of one to two terabytes a month the most likely scenario. That would make it no worse than Comcast, which imposed a 1TB limit starting in 2016.

SpaceX did not answer a request for comment sent Tuesday.

Other low-earth-orbit broadband constellations from OneWeb and Amazon’s Project Kuiper should share those advantages, but aren’t as far along toward commercial availability. The former is weeks from its second satellite launch, while Amazon’s venture remains Earth-bound (even if it has draw the scorn of SpaceX founder Elon Musk).

Musk has provided most of the available details about Starlink via his Twitter account—such as his October test of the system to tweet “Sending this tweet through space via Starlink satellite.” He answered himself two minutes later: “Whoa, it worked!!”

In January, Musk tweeted that the receiver customers would use to get Starlink service would resemble “a thin, flat, round UFO on a stick” and would automatically align itself for proper reception. Its price remains unknown.

BroadbandNow’s Cooper said he expects Starlink to cost about the same as current satellite service—which would mean equipment costs of a few hundred dollars, potentially offered on a rental basis.

A sky full of satellites

One Earthbound constituency already worries about a different cost of Starlink: astronomers who are already seeing SpaceX’s satellites and the sunlight they reflect off their solar arrays mar their observations.

“The problem with the Starlinks is that they are brighter than 99% of everything in Earth orbit today,” emailed Patrick Seitzer, an emeritus professor at the University of Michigan’s astronomy department.

SpaceX is now testing darker coatings on Starlink satellites to cut down on that glare, but the first such satellite has yet to reach its final orbit. On Jan. 14, Musk tweeted: “One way or another, we’ll make sure Starlink doesn’t inhibit new discoveries or change the character of the night sky.”

Over the long haul, Starlink is only a tiny part of the potential cloud of broadband satellites, warns Harvey Liszt, spectrum manager at the National Radio Astronomy Observatory.

A long-time scholar of the broadband business warned against expecting too much from Starlink and its rivals in the U.S., even in markets currently deprived for broadband.

“There will be some kind of fixed wireless that does it better,” predicts Blair Levin, a fellow with the Brookings Institution who earlier worked at the Federal Communications Commission and as an investment analyst.

There’s definitely serious demand outside developed markets, but Levin added that this demand won’t keep all of these companies aloft.

“These are really big bets,” he said Tuesday. “One of them will pay off, but not all of them.” 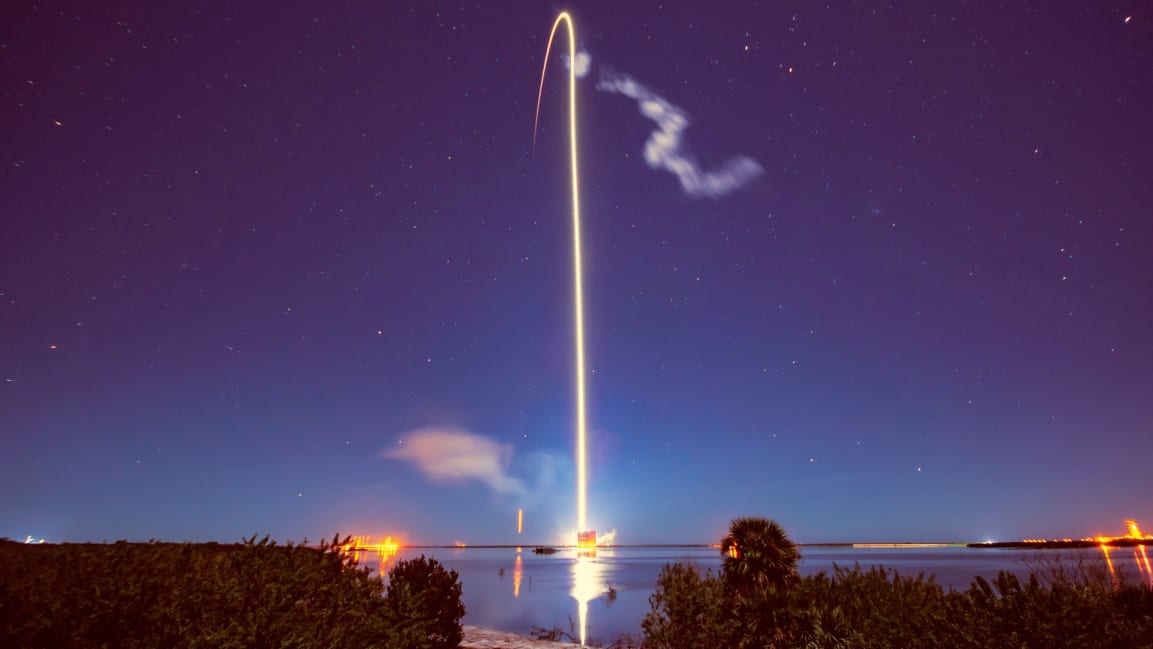