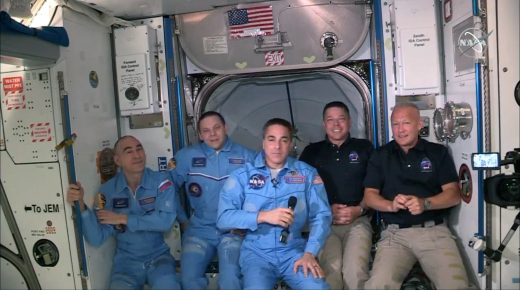 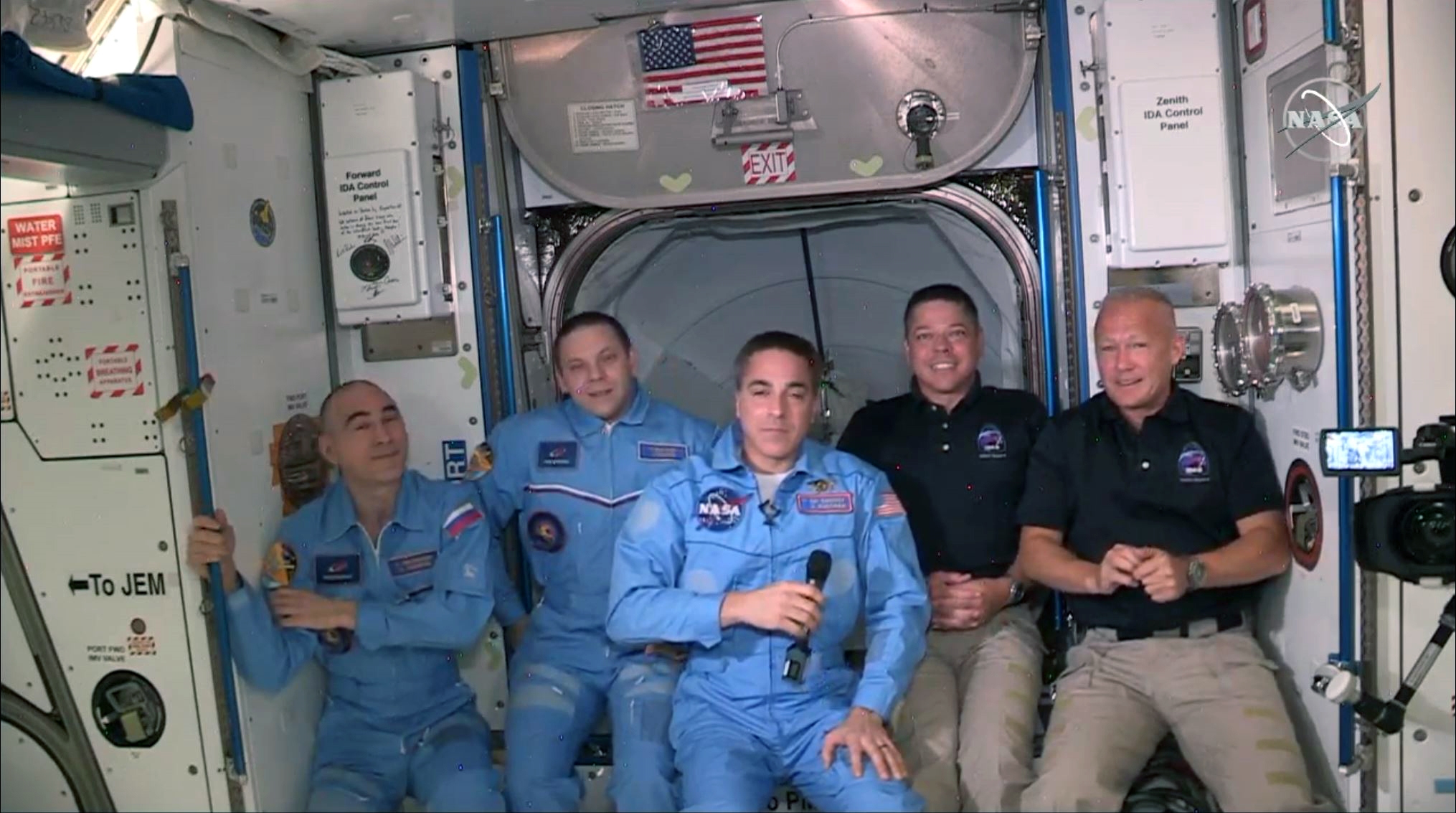 Following a dramatic launch, 19-hour voyage and successful docking procedure, pioneering astronauts Robert Behnken and Douglas Hurley have left the Crew Dragon and are now aboard the International Space Station (ISS). The pair emerged from the Crew Dragon capsule at around 1:15 PM ET and were greeted with bear hugs by astronaut Christopher Cassidy and cosmonauts Anatoli Ivanshin and Ivan Vagner. While describing the ride as less smooth than the space shuttle, Hurley said he “couldn’t be happier” about the Crew Dragon’s performance.

The astronauts, who christened the Crew Dragon “Endeavor,” chatted with NASA executives after their arrival. “It’s great to get the United States back in the crewed launch business,” said Hurley. “And we’re just really glad to be onboard this magnificent complex.” Earlier, SpaceX founder Elon Musk said he was “quite overcome with emotion,” adding “this is hopefully the first step on a journey towards civilization on Mars.”

The astronauts’ primary mission, called Demo-2, is a final test of the Crew Dragon’s performance before NASA certifies it for ISS crewed transport missions. However, NASA decided to extend their stay so that Cassidy wouldn’t be the lone US astronaut aboard the ISS.

The astronauts are expected to remain on the ISS from one to three months, “based on the readiness of the next commercial crew launch,” NASA said earlier in May. The maximum stay will be will be 110 days due to concerns about how the Crew Dragon’s solar panels will hold up in the challenging conditions of space.

Crew Dragon’s mission will only be complete once the astronaut’s safely arrive back on Earth. That reentry is expected to be a particularly tense phase of the mission, despite extensive testing by SpaceX. “I think it was an argument that the return is more dangerous in some ways than the ascent, so in order to declare victory yet, we need to bring them home safely [and] make sure that we’re doing everything we can to minimize that risk of reentry and return,” Musk said.