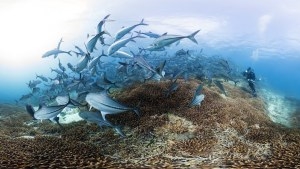 Underwater in the Great Barrier Reef, after weeks of filming coral to manually build time-lapses–helping gather 50 or 60 shots a day, and spending hours in the water–Zack Rago scrawled a note and held it up to a fellow cameraman. “This is the hardest dive I’ve ever had to do.” The coral, alive when filming started, was dying as they watched. As he held a rotting piece of coral in his hand, the coral disintegrated.

Rago, a self-described coral nerd, is featured in Chasing Coral, a mesmerizing beautiful (and depressing) documentary now on Netflix. Like Chasing Ice, a 2012 documentary from the same director, Jeff Orlowski, it tells the story of climate change by showing some of its unambiguous effects.

Orlowski recognized that climate change–along with other environmental issues–has a huge communication challenge. “With certain organizations and vested interests actively trying to confuse the public, it’s certainly not a surprise that the public is confused,” Orlowski tells Fast Company. “The challenge here is not to combat that with more charts or graphs or science…how do we use visual storytelling, emotional storytelling, to be able to tell a better story so that the public sees it and understands it for themselves?”

As greenhouse gases trap heat on Earth, almost all of that heat has been absorbed by the oceans, raising it to temperatures that destroy coral. In 2016, because of warming oceans, the Great Barrier Reef suffered the biggest die-off of corals ever recorded. In one 400-mile section of the reef, an average of 67% of coral died. Similar die-offs are happening around the world.

The film follows coral bleaching–a process where corals expel the algae living inside them when it gets too hot, a step often followed by death–in Australia after attempts to capture it elsewhere, using custom camera rigs designed to stay underwater and automatically document day-to-day changes, failed both because of technical problems and because they hadn’t happened to pick locations that suffered extreme bleaching at that time. At one point, part of the team dives from a floating restaurant in the Great Barrier Reef, while people on board drink and dance, oblivious to the unprecedented changes happening on the reef below them.

That obliviousness is part of the point of the film: most people are only vaguely aware of what’s happening to coral reefs. The film explains both the basics of what reefs are (animals that can live as long as thousands of years) and what makes them unique (they host algae as tiny food factories to feed themselves; as reefs, they create structures that act like cities for aquatic life) and what makes them important (as nurseries for a quarter of marine life, they’re critical both for the natural world and for our food supply). Then it shows, in agonizing detail, how they die.

The idea for the film came from Richard Vevers, a former ad exec who left an agency in London to become an underwater photographer in Australia. Over time, Vevers noticed that his favorite species (the “weedy” sea dragon) was disappearing, and he started to learn about the environmental challenges the ocean faces. He saw an advertising challenge; the public didn’t know what was going on. He founded a nonprofit, now called The Ocean Agency, to try to address that, and launched a project to photograph Google Streetview-like images of the ocean. As he started to see and document coral bleaching, he also happened to see Chasing Ice, which followed a National Geographic photographer who documents melting icebergs. He saw the parallels to his own work and approached Orlowski about making a new film. Vevers became one of the subjects of the film.

At first, Orlowski was overwhelmed by the challenges he saw in the ocean–from acidification to ocean plastic to overfishing–but he realized that coral bleaching could be the focus of the film. “As I learned about that, learned what corals were and what story was being told by the corals, that’s when I realized that this was a climate change story that was visual,” he says. Rago, a young cameraman who happened to have a lifelong love of coral, helped tell the story emotionally.

At one point in the film, researchers at a conference are brought to tears by the footage. But the film ends with optimism: it isn’t too late to act, and some positive change is already underway. “I think the reality of the world is far worse than people think, and also far better than people think,” says Orlowski. “The state of the climate is far worse than the average person is aware of. The changes that we’re seeing in the ocean, the projections, all of it is pretty dismal when you look at it. At the same time, the changes in technology, and the advancing rate of the changes that we’re seeing is happening so fast.”

That’s not to say that all coral reefs can necessarily be saved–even with aggressive climate action now, many could be lost. Some researchers estimate that 90% of corals may be gone by 2050 even if global warming stopped now. But the film is also meant to be a call to action for protecting the rest of the world’s ecosystems.

“What we’re hoping to do is not lose other ecosystems down the line,” Orlowski says. “That’s what I’m hopeful for. We’re hopeful that we can prevent much worse damage in the future that right now is inevitable unless we take action. That’s where the optimism comes in.”

In addition to being on Netflix, the film is available for free educational screenings, and Orlowski is trying to reach as many people as possible. “We’re really wanting to get the film beyond the traditional audiences that watch this content,” he says. “For us, this was designed for everybody. It’s designed for the average Amercian, somebody who might be skeptical of the issue, somebody who might not know much about the issue. Hopefully, it can bring people into this story in a way that makes them realize and see and feel what’s going on.”

If you think devastating effects of climate change aren’t here yet, the new film from the makers of “Chasing Ice” will make it very clear how wrong you are.

Underwater in the Great Barrier Reef, after weeks of filming coral to manually build time-lapses–helping gather 50 or 60 shots a day, and spending hours in the water–Zack Rago scrawled a note and held it up to a fellow cameraman. “This is the hardest dive I’ve ever had to do.” The coral, alive when filming started, was dying as they watched. As he held a rotting piece of coral in his hand, the coral disintegrated. 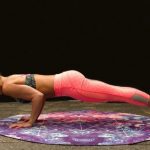 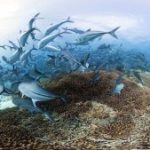 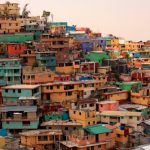 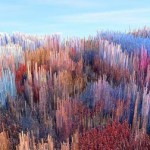 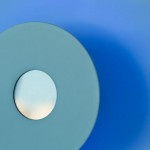 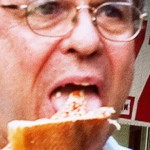 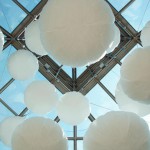 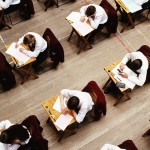 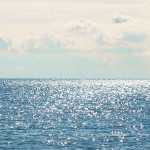 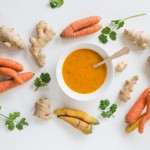