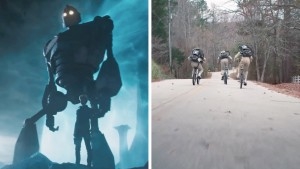 WHAT: Comic Con-debuted trailers for two new projects that go all in on the 1980s.

WHO: Director Steven Spielberg for Ready Player One, and the Duffer Brothers for Stranger Things 2.

WHY WE CARE: Looking back, the lead infantryman in the onslaught of ’80s nostalgia was probably The Wedding Singer. Adam Sandler’s sweet, funny hit arrived in 1998 to poke gentle fun at all the wacky fashion choices of 1985. Here we are, though, 19 years later, and pop culture still can’t stop looking back at the era of Michael Jackson’s prime. Shows like GLOW are dripping with glossy Pat Benatar jams and visual signifiers–and viewers can’t get enough. It should come as no surprise that two new offerings from last weekend’s Comic Con promise the pinnacle of retro worship, with one project set in the ’80s and another one steeped in it.

“I was born in 2045, but I wish I’d grown up in the 1980s,” declares the narrator at the top of the Ready Player One trailer. It shows. The movie may take place in the future, but it’s also obsessed with the past. The Amblin logo at the top of the Spielberg-helmed film doesn’t just allude to the director’s involvement, but his body of work. In 2045, Columbus, Ohio,  the only thing there is to do is log into a virtual nexus of pop culture. As we see in the trailer, doing so involves run-ins with Freddy Kreuger, Back to the Future’s Delorean, and, if the film stays true to the book, many references to Spielberg movies from that decade.

The first season of Stranger Things was an out-of-nowhere hit that brought Netflix its biggest hype since House of Cards and OITNB first rolled out in 2013. One of the many celebrated aspects of the show was the authenticity of its era indicators, from the Stephen King font to the John Carpenter synths, the D&D gameplay, and overall kids-on-bikes-solving-supernatural-mysteries vibe. If the trailer is to be believed, the second season doubles down on that. The soundtrack is “Thriller,” arcade culture is represented, and Ghostbusters Halloween costumes look more like a plot point than a quick visual gag.

Between these two projects, there’s no reason for getting into a Delorean to go back to the ’80s; we’re already there.

The footage for the two projects that emerged from Comic Con is brimming with more references to the Reagan era than you can handle.

WHAT: Comic Con-debuted trailers for two new projects that go all in on the 1980s. 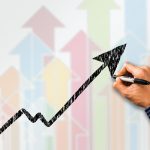 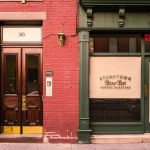 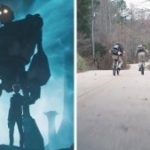 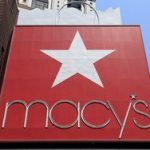 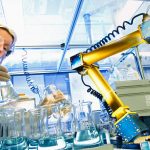 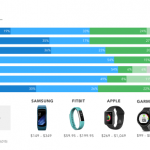 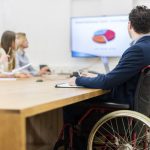 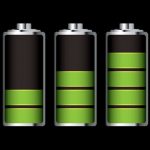 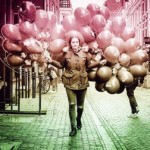 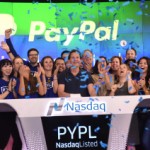