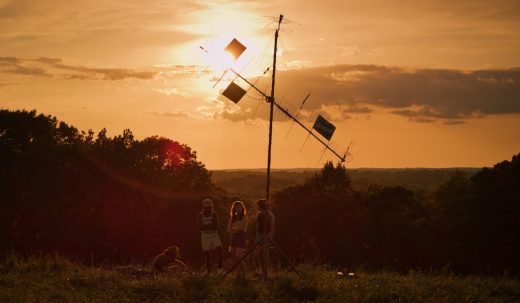 Warning: While we’ve tried to avoid any spoilers in this story, the following article does refer to scenes and themes throughout the season. 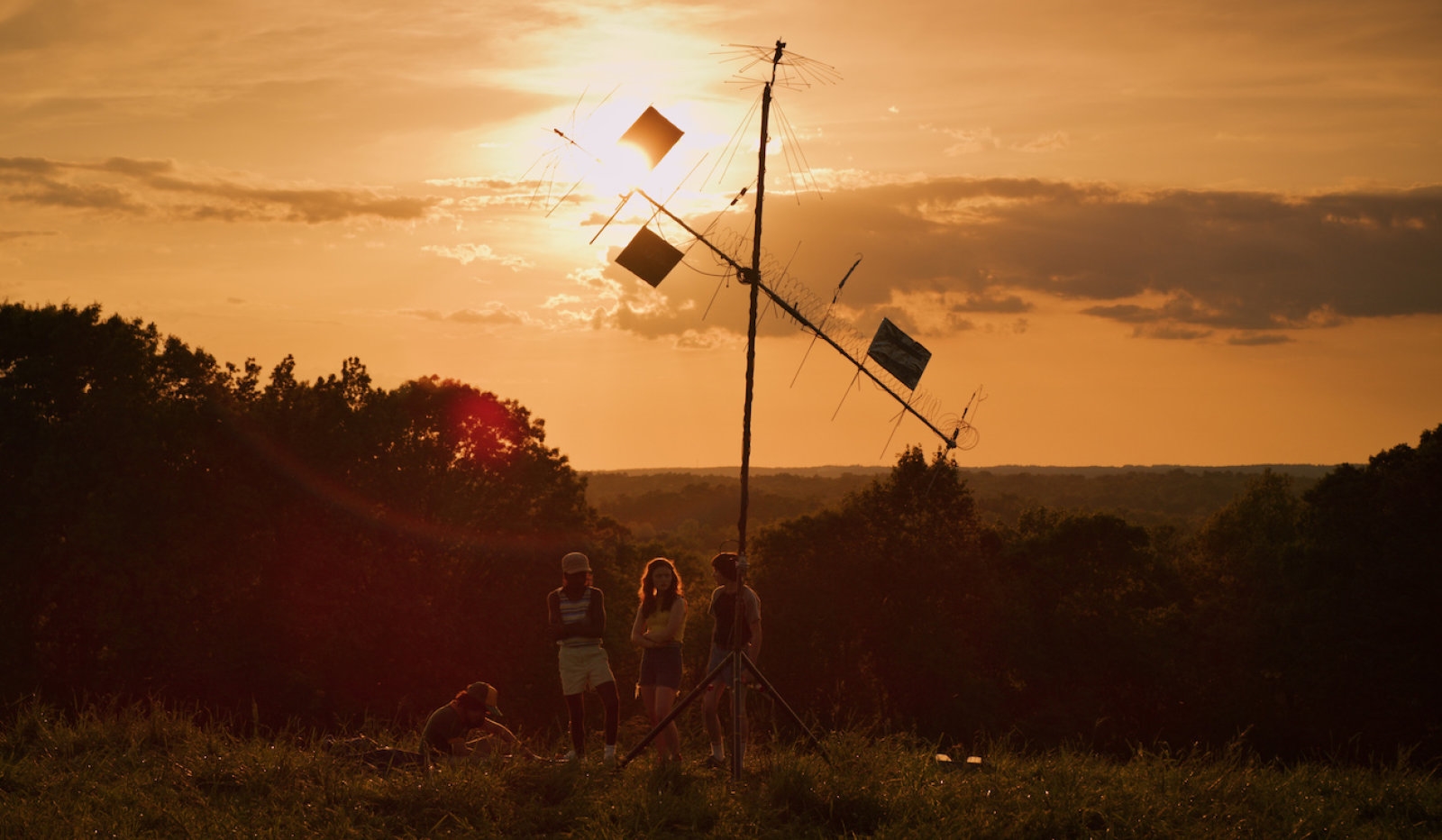 When members of the Stranger Things cast visited The Tonight Show earlier this month, Jimmy Fallon asked them to use one word to describe the new season. “Bigger,” said Gaten Matarazzo, who plays the role of Dustin Henderson in Netflix’s ’80s-nostalgia-mining hit show. And Matarazzo wasn’t kidding. During its first two seasons, Stranger Things mostly centered around the kids’ homes and their high school in Hawkins, Indiana. Although it did also include forms of them in the alternate dimension known as the Upside Down. But in Stranger Things 3, which premieres on July 4th, that world is getting even bigger thanks to new characters, new local attractions, new cities and new countries becoming an essential part of the story.

Dustin’s alleged relationship immediately becomes important to the plot because it is when he and the rest of the kids walk to the highest hill in Hawkins to set up Cerebro that something crucial happens. After they spend a few minutes assembling it, Dustin tries to use his radio repeatedly to reach Suzie in Utah, to no avail. “Maybe Cerebro doesn’t work,” Will says. “Or maybe Suzie doesn’t exist,” Lucas follows. While Suzie is nowhere to be found, Cerebro eventually does pick up a broadcast, but it’s in another language and Dustin can’t make out what the person is saying.

It’s around this time that Will, who’s able to sense the Mind Flayer after being possessed by it last season, starts to get the feeling that something is coming and things are about to go wrong for everyone.

Unfortunately (or fortunately, depending on how you look at it), due to Netflix’s strict rules against spoilers, I can’t tell you what language the radio chatter Dustin hears is in. But, what I can say is that, as you’ve probably seen on a Stranger Things 3 trailer, the gate to the Upside Down is being opened again and the Mind Flayer is back. The static audio that Dustin unintentionally picks up with Cerebro will tie into all of that.

Throughout the season, Cerebro quickly becomes an essential tool to the development of the story in Stranger Things 3. It is Dustin’s do-it-yourself radio that Eleven, Mike, Will, Lucas and the beloved, god-level-haired Steve Harrington will use to communicate as they fight the slimy creature that’s made its way back to Hawkins. In Chapter Eight, “The Battle of Starcourt,” Cerebro (combined with the walkie-talkies made famous in seasons one and two) is the only thing they can use to communicate as they all come face to face with the Mind Flayer and their lives are at risk. Without Cerebro and walkie-talkies, their escape plan would have zero chance of success.

Speaking of Starcourt, remember when I said there were new local attractions that are crucial to the plot? Well, there are none bigger than Starcourt Mall. In fact, it’s the first place we see Mike, Will, Lucas and Max together in the show. While I can’t tell you what, exactly, will take place at Starcourt Mall, there’s a scene in the final trailer of Stranger Things 3 where you can see a nasty-looking creature crushing a walkie-talkie. That should give you a rough idea of what’s about to go down.

The Starcourt Mall is to Stranger Things 3 what the Palace Arcade was to Stranger Things 2, an homage to places where people could hang out, have fun and kill time back in the ’80s. But just as arcades have largely been replaced by video game consoles, so too have shopping malls by the internet, particularly sites such as Amazon and eBay.

In Stranger Things 3, Starcourt Mall is where Mike, Dustin, Will, Lucas, Eleven, Max and Steve (who works there at an ice cream shop) want to spend most of their summer — even if it is about to get ruined by a monster. By making Starcourt Mall one of the pillars of the series, the Duffer Brothers offer a welcomed contrast to the admiration they’ve shown for emerging tech in Stranger Things. It shows that while walkie-talkies, radios, VHS camcorders and tube TVs paved the way for the devices we have today, technology can also be responsible for the death of things. And there’s no better illustration of that than the fate of shopping malls.

Thankfully, as in seasons past, the Duffer Brothers once again found a way to bring all these themes beautifully together in Stranger Things 3. That’s what has made the show such a success for Netflix, after all — the fact it can be funny, dramatic, dark, gory and nerdy all at the same time. 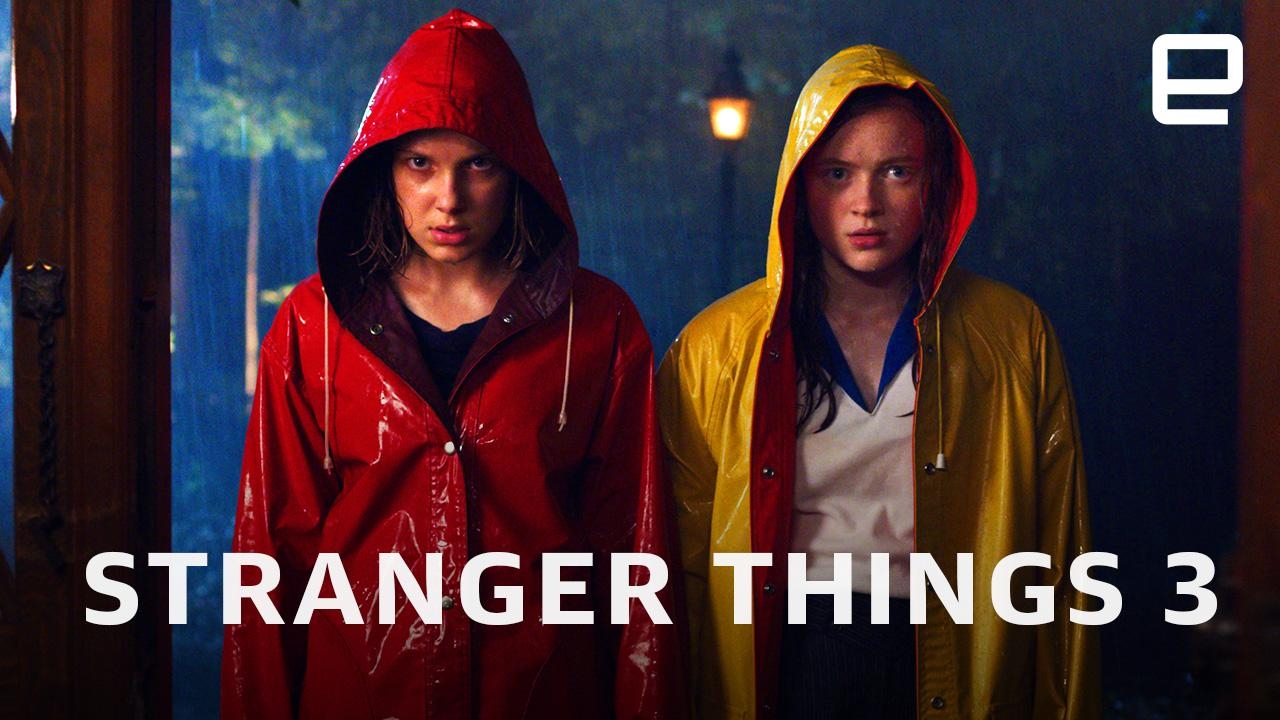 This presents an opportunity for the gadgets that were so prominent in seasons one and two, like walkie-talkies and amateur radios, to play a more crucial role than before in the Stranger Things universe. Season three features eight episodes and takes place in the summer of 1985, months after Eleven (Millie Bobby Brown) used her superpowers to ward off the Mind Flayer and close the gate to the Upside Down. It doesn’t take long to get a glimpse of just how key communication devices will be to the plot of Stranger Things 3, which isn’t surprising considering how creators Matt and Ross Duffer basically gave every character a cellphone in season two. 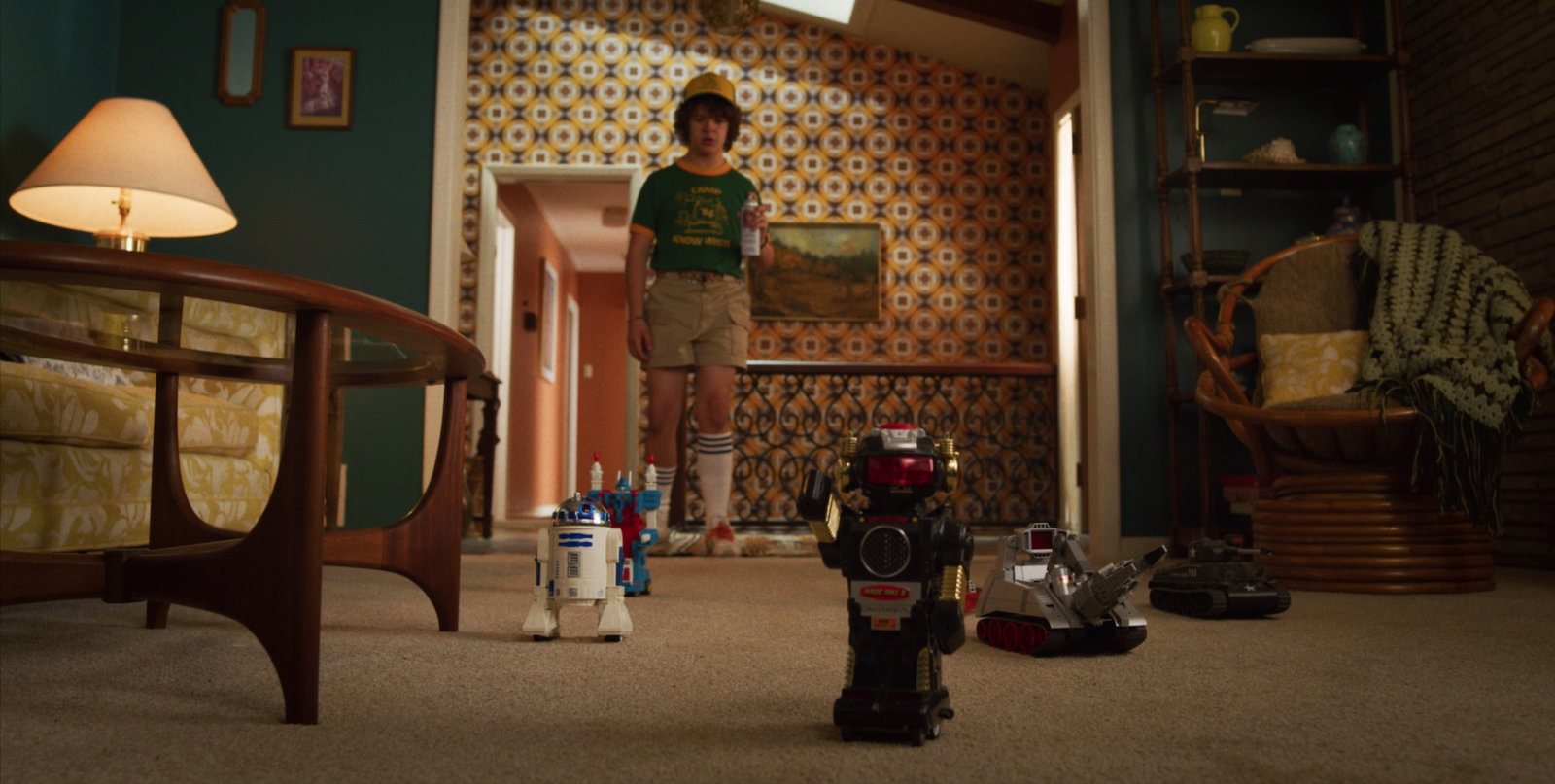 Dustin back home in Hawkins after science camp.

In one of the first scenes of Chapter One, dubbed “Suzie, Do You Copy?”, Dustin is just returning to Hawkins from summer camp, and the first thing he does is try to reach the rest of the gang with his portable ham radio. Much to his disappointment, nobody’s voice can be heard at the other end of the line. “This is Gold Leader, returning to base,” he says, time and time again. “Do you copy? Over.” Little does he know, Eleven, Mike, Will, Lucas and Max are all waiting for him at his house, where they get treated to a showcase of all the projects Dustin built at science camp. But there’s one in particular he’s excited about.

“This is my masterpiece,” says Dustin, as he swiftly opens a duffle bag. “I would like you to meet Cerebro, an unassembled one-of-a-kind battery-powered radio tower.” Will, who seems to be slightly underwhelmed, says “So, it’s a… ham radio,” to which Dustin replies, “The Cadillac of ham radios. This baby carries a crystal-clear connection over vast distances. I’m talking North Pole to South. I can talk to my girlfriend whenever and wherever I choose.” If you’ve watched the previous seasons, then you’ll know Dustin hasn’t had a girlfriend, but now he’s (supposedly) met someone at camp named Suzie.