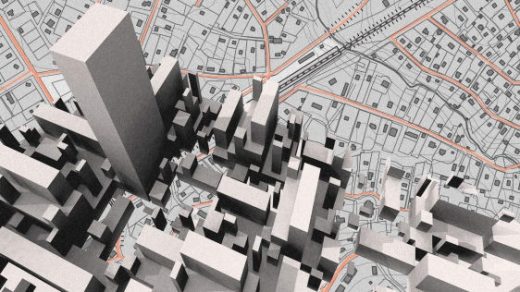 Booming U.S. metro areas–San Francisco, New York, Chicago, and Boston–have run into something of a dual snag. As high prices and growing populations have constrained housing supplies in the city centers, people have been pushed further and further out into the suburbs, where they begin to lean more heavily on cars. But traffic congestion, exacerbated by the proliferation of ride-sharing services like Uber, has transformed roads into a mess of gridlock.

The Regional Plan Association, the research, planning, and advocacy organization for the New York metropolitan area, which also spans parts of Connecticut and New Jersey, is advancing a solution to tackle both: transit-oriented development. TOD, as its often called, entails building out affordable, dense, mixed-use developments on nearby land typically owned by the transit agencies, like parking lots, to drive down individual reliance on cars, and to provide low-income people an amenity-rich, walkable neighborhood in which to live.

In its new report, RPA lays out the case for TOD in the New York metro area, though the principles are much more broadly applicable: “Good, contextual, transit-oriented development does more than just build homes. It supports the economy with shops, restaurants, jobs, and community facilities, all within walking distance. These don’t just serve the new development, but benefit the surrounding area as well.” And by encircling a major transit hub like a regional rail station with housing, TOD provides a straight, car-free shot into the city center. “We call the report ‘Untapped Potential’ because the opportunities are there,” says Moses Gates, RPA’s Community Planning and Design Director. “The land is there, which is something that is increasingly difficult to find.”

So why, in the face of all these benefits, have many suburbs around these booming cities been reluctant to implement the TOD playbook? That is what RPA set out to uncover in this new report, published just two weeks before the release of the agency’s fourth comprehensive regional plan. RPA has, since its founding in 1922, release one such plan around every 30 years; its Fourth Regional Plan will be published on November 30, and will contain a number of recommendations for how the region can advance sustainable and equitable growth over the next several decades. But around the release of that larger report, says Moses Gates, RPA’s Community Planning and Design Director, RPA is publishing a series of “longer, more technical papers that explain and back up some of our recommendations in the Fourth Regional Plan.”

TOD was one of those recommendations that RPA felt could benefit from a more in-depth treatment. The difficulty in implementing TOD, Gates says, stems from two separate and troubling underlying holdovers from the region’s past: A fundamental prioritization of cars, and a lingering racism and classism in many cities’ zoning codes. Today, fewer than half of the 264 regional rail stations–spanning Metro-North, Long Island Railroad, and New Jersey Transit lines–that have the sewer infrastructure necessary for TOD also have the land-use regulations, like zoning policies that allow for mixed-use multifamily development, in place to support it. The majority of the stations RPA surveyed either allow only for very limited development, or none at all.

The municipalities in the latter category, RPA found, are significantly whiter and wealthier than those whose rail stations are zoned for TOD; these are, by and large, towns in Westchester County where sprawling houses with multi-car garages proliferate behind quiet train stations lined with cars. While racial and economic exclusion are not written explicitly into their zoning codes, these municipalities, by failing to update their codes to support more density and affordability, are advancing the exclusionary zoning policies that have defined the region for decades, Moses says.

Two states under the RPA’s purview, Connecticut and New Jersey, require that all municipalities ensure that at least 10% of their local housing stock is affordable; as such, proposals for developments like TOD, which contain affordable housing, can override local zoning regulations if the city has fallen short on affordable housing development in other areas. New York should advance a similar policy, RPA says. And all three states, the agency adds, should create these new affordable units in desirable neighborhoods, complete with shops and employment opportunities, to counteract longstanding exclusionary policies that isolated lower-income residents of color from local amenities.

RPA estimates that if every rail and bus station in the New York area implemented TOD, the region could add over 250,000 homes in complete neighborhoods. And these neighborhoods, Moses says, would spring up on top of the parking lots that currently surround transit hubs.

But what, you might ask, will happen to all of the people who want to leave their cars there? RPA’s hope is that they no longer will have to do so. “With the rise of new technology–not just autonomous vehicles, but on-demand vehicles and shared rides of all sorts–the idea that you’re going to wake up in the morning, drive to the train station, and catch the 7:43 into the city is becoming an increasingly outdated way of doing things,” Moses says. Instead, RPA envisions–and this was the subject of another one of their previously released deep-dive reports around the Fourth Regional Plan–that a network of on-demand, shared, and autonomous vehicles will take the place of individual cars to complete the “last mile” trips between rail or bus stations and people’s homes. The parking lots that currently exist to accommodate those individual cars, will essentially become defunct. “This is going to lead to a situation where we’re going to have a choice, and the choice is going to be between disused asphalt and new neighborhoods,” Moses said. “I don’t think that’s a particularly tough choice.”

However, Moses acknowledges that there will be some naysayers. Private car ownership still holds a powerful sway over much of our society, and the same exclusionary undertones that shaped restrictive zoning policies in parts of Long Island and Westchester, to name a few, still obtain. To that, Gates says: “I think the more people that see good examples of transit-oriented development, the more interested they are.” He imagines new communities by the transit hubs as places where people can get up in the morning, walk to a grocery store or corner shop, walk to the train station, and be in the city center in less than an hour, without relying on a car.

Not only will increasing the volume of TOD in the New York region advance equity and sustainability by creating more affordability and cutting the carbon emissions associated with high car usage, but it will also equip other metro regions with a model that’s fairly easy to replicate. In the Bay Area, for instance, the shortage of affordable housing supply has pushed people out into the suburbs, which are, relative to New York’s, poorly served by transit. But the resulting carbon emissions of all those cars locked bumper-to-bumper is taking a toll on the historically climate-progressive state’s emissions goals. If California is to remain on track, its regions need to make a concerted effort at both expanding regional rail and bus networks–and building livable, affordable, parking-limited communities around the new stations that spring up. 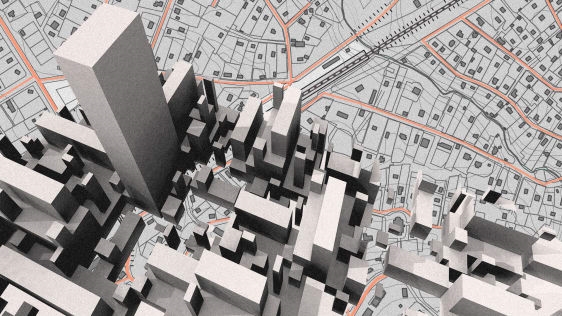