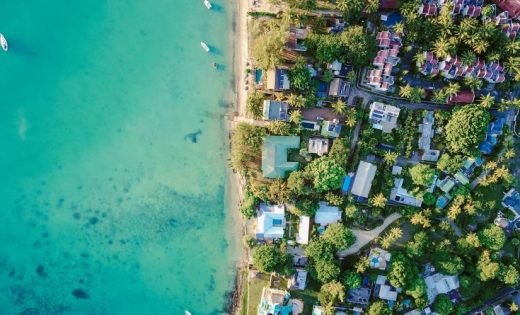 Sun, Sand, and Software: Why Miami is Fired-Up for Tech

Sun, Sand, and Software: Why Miami is Fired-Up for Tech People who say Austin is the “next Silicon Valley” have obviously never been to Miami.

Perhaps still best known for the bright colors, sandy beaches, and Art Deco made famous by the late great Miami Vice, the city has embraced its roots. The heritage and symbols of Miami have used their hearts to lure in entrepreneurs, developers, and new businesses. Here are just some of the advantages precipitating the influx of entrepreneurs to the Miami area.

Priced out of up-market locales like Boston and Silicon Valley, fledgling entrepreneurs view the cost of living in Miami as a significant factor in where to set up shop. It’s easier to recruit talent in markets with a lower cost of living, and it’s certainly easier to pay them an attractive wage than it would be in higher priced cities. Case in point: according to BestPlaces.net it’s 55 percent more expensive to live in traditional tech hubs like San Francisco, Boston, and New York than in Miami.

But not only will a Miami address save you some dollars, but it’s more fun and more relaxed. How many other leading U.S. cities can brag of white sand beaches, turquoise water, and stately palm trees? Not to mention the vibrant (if not legendary) social scene.

Just ask Albert Berdellans, Head of Marketing and New Media for Ultra Music Festival. Berdellans says, “There’s never a dull second in Miami — from the restaurants to the people to the events. The city is alive with contagious energy.”

Miami’s healthy economy also makes it attractive to entrepreneurs. According to the Miami Urban Future Initiative, the city’s GDP ($288 million in 2016) is growing ar three percent; almost double the national average. Last year, the city took top honors for the Kauffman Index; a scale common among economists and tech pioneers which measures startup activity, beating the other top 39 metro areas in the US.

“Miami is at an exciting moment in which both startups and VCs are growing in numbers, which makes it an exceptional time to be here,” says Olivia Ramos, founder, and CEO of Deepblocks, a technology company using artificial intelligence to optimize real estate development. “With the current momentum, we look forward to continuous growth.”

While some entrepreneurs may consider founding companies in San Francisco or Austin, Caribu CEO Maxeme Tuchman never did: “I made a business decision to keep Caribu in Miami, and there are a lot of reasons we haven’t picked up and moved to San Francisco. This ecosystem is incredible, and its network will help us grow. We have this squad of women in Miami who are so collaborative. We all feel super responsible for each other.”

Established tech companies are starting to take notice of the city’s stellar economy, too. “We’re extremely impressed by what we’ve seen there,” says Enrique Ortegon, SVP of SMB Sales at the tech giant, Salesforce. “Not only with the number of new businesses popping up, but with the level of innovation. It’s put Miami squarely on our radar.” Salesforce comes to Miami next week to host a Growth Camp conference on March 14. Anyone curious about using technology to start a business, grow a company, and serve customers can attend for free.

A culture that values diversity.

Miami has always valued its multi-cultural roots. Although the business value of diversity has become something of a buzz across the country, Miami is a market where diversity isn’t just a goal — it’s a lifestyle.

Entrepreneurs can find a wealth of Latin American resources in the area — in terms of both human and financial capital; traditionally those resources have been invested in entertainment and other industries, but these days are more drawn towards tech.

Mónica Black, Partner at TheVentureCity, a new growth acceleration model that helps diverse founders achieve global impact says, “Diversity is everywhere here — and that’s a great thing because companies with diverse leaders are driving the economy and commanding top dollars from funders and partners.” Companies like TheVentureCity use Miami’s diverse population to put Miami on par with other rising tech areas, demonstrating the advantages that come from an array of backgrounds.

Silvina Moschini, President of TransparentBusiness, CEO and Founder of SheWorks!, agrees that it’s a positive, adding, “Transparency and technology are key for building inclusive and diverse organizations and break the barriers that separate the talent from the opportunities. Fortunately, Miami has been very forward-thinking in that regard.”

Female entrepreneurs specifically are on the rise, smashing that storied glass ceiling in Miami faster than anywhere in the country. The Miami Herald recently reported that Florida ranked #1 in the nation for the growth of women-owned businesses.  “Women are on the rise in Miami’s business scene, and I love it,” says Carla Curiel, Founder & CEO of Mundo Lanugo. “Do I feel like I’m breaking barriers? Sometimes yes, sometimes no — but I am happy that my twins can see a woman who’s committed to family, career, and culture. It can be done.”

Sun, sand, and software: Miami as a tech kingpin.

Miami has always loved its work-hard-play-hard moniker. While it’s always been a stomping ground for big business, tech companies and entrepreneurs have realized there’s a lot to like about the city. Is Miami poised to join the top tier of tech hubs? All signs point to the affirmative. Maybe that free Salesforce Growth Camp conference can help you get in on the action.

The post Sun, Sand, and Software: Why Miami is Fired-Up for Tech appeared first on ReadWrite.