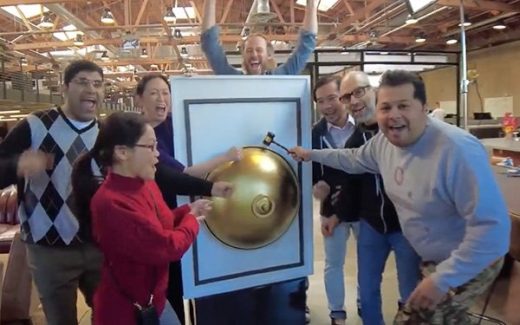 System1 Goes Public On The NYSE, Virtually Rings The Bell

System1 Goes Public On The NYSE, Virtually Rings The Bell 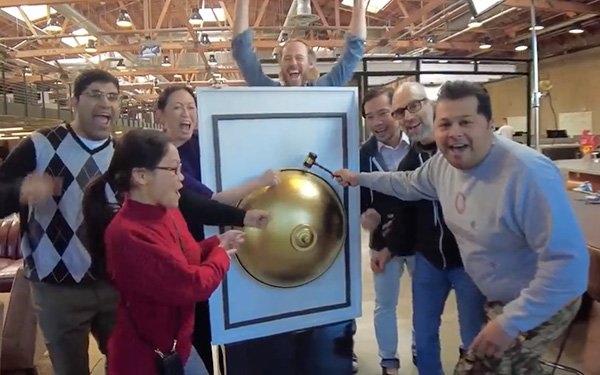 Michael Blend, CEO and co-founder of System1, called the listing “a significant milestone” for the company.

The System1 team declined to go to New York to ring the stock exchange bell, and decided to create a video to celebrate the occasion.

The video begins with a view of the hustle and bustle of New York City streets. It moves to a breaking news report, where the commentator says “The New York Stock Exchange bell has been reported missing. Authorities cast a wide net to try and bring this bell back home.”

The video pans to System1’s building in Los Angeles, where an unmarked van makes a delivery to an employee. She wheels in the suitcase and opens it. In it is a big bell.

The message — “If you can’t go to the bell, bring the bell to you.”

For the next minute or so the viewer watches as System1 employees and their families ring bells in celebration. Small bells. Large bells. Bells in front of a Taco Bell.

The company’s advertising business generates revenue by using its RAMP platform to send customers to advertisers it works with. Advertisers then pay System1 for each click or customer sent their way. It finds consumers in more than 50 major advertising verticals.

System1 owns a network of websites, including HowStuffWorks and MapQuest. There are thousands of articles on HowStuffWorks that match to original advertisements and enable users to make connections with brands.

This System1 should not be confused with the System1 located in the U.K., which The Wall Street Journalreports became a bit of an issue after the one in the United States announced its SPAC deal.

The System1 team declined to go to New York to ring the stock exchange bell, and decided to create a video to celebrate the occasion.
MediaPost.com: Search & Performance Marketing Daily