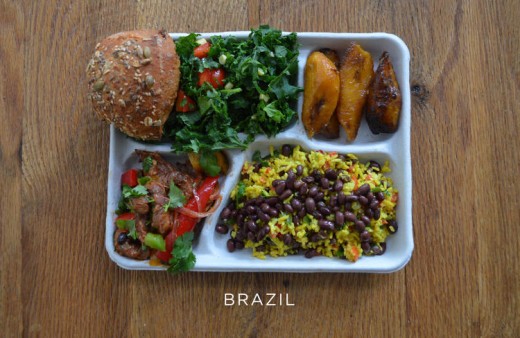 Take A Mouth-Watering Tour Of School Lunches From Around The World (And The Embarrassing U.S. Equivalent)

Eating at the school cafeteria could’ve been amazing—if you grew up almost anywhere but the U.S.

For a fourth-grader in Italy, school lunch might include a caprese salad, local fish on a bed of arugula, pasta, and a baguette. A school cafeteria in France might serve steak, brie, and a plentiful helping of fruits and vegetables. In comparison, a typical school lunch in the U.S. looks fairly embarrassing: Some fried chicken, congealed fruit salad, and a giant cookie.

These images are all from a recent photo series, created by the salad chain Sweetgreen, showing what school lunches look like around the world. Each plate is meant to be representative of a typical lunch and was put together by intepreting local government standards and studying Tumblr photos taken by elementary students.

“We wanted to look at how kids are eating around the world—not in a literal way, not that this is exactly how every plate looks, but as a way to relate to how we eat in this country,” says Sweetgreen’s co-founder Nic Jammet, who started the company with his friends while in college because they were sick of their school’s own mediocre cafeteria food.

The company says that the photos illustrate the basic fact that we shouldn’t necessarily be eating the same thing in every location. “You should be eating what grows around you,” says Jammet. But they also show how far the U.S. has to go to give kids anything approaching a balanced diet.

Sweetgreen, which operates a healthy eating education program in schools, argues that part of the solution is education. “Kids have been marketed unhealthy food in a really big way over the years,” says Jammett. “I think it’s time for healthy food to use the same tools.”

Adele Peters is a writer who focuses on sustainability and design and lives in Oakland, California. She’s worked with GOOD, BioLite, and the Sustainable Products and Solutions program at UC Berkeley. 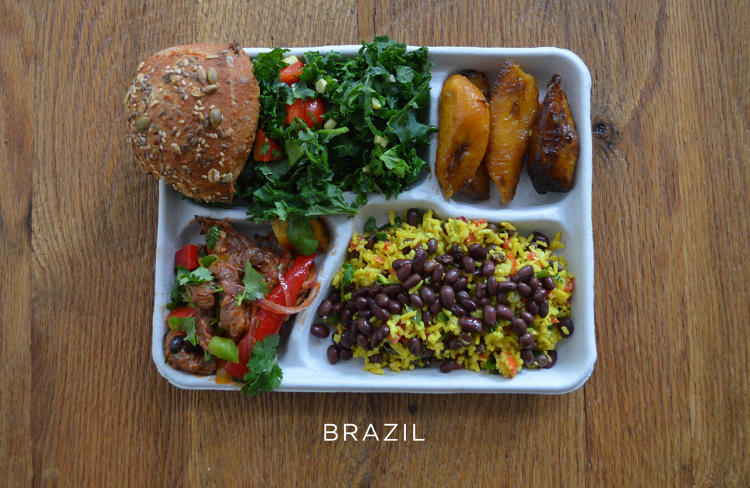