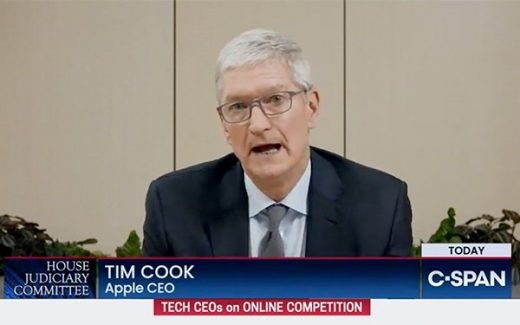 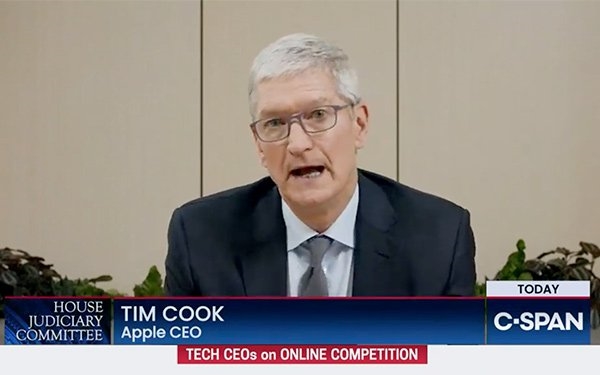 This week’s antitrust hearing with the CEOs of Amazon, Apple, Facebook and Google showed plenty of lawmaker animosity toward some of the world’s most powerful technology companies, but little to assuage key concerns of publishers.

Google and Facebook deserve the greatest scrutiny, given their power to control what billions of people see online, including content from publishers, and their dominance of the digital advertising market.

Amazon is less of a concern for publishers, though it is among the retailers  transforming their ecommerce sites into advertising platforms. Apple has a popular news aggregation app that doesn’t generate much revenue for publishers and is the least threatening among the four companies. It sells interest-based ads in the App Store and Apple News, and lets people opt out of them.

Lawmakers peppered Sundar Pichai, CEO of Google parent company Alphabet, with several questions about the company’s search practices, including the scraping of content such as restaurant reviews from rival Yelp. He also faced questioning from Rep. Pramila Jayapal, (D-Washington), about the company’s control of digital advertising exchanges, where publishers and media buyers meet online.

“It’s running the marketplace, it’s acting on the buy side, and it’s acting on the sell side at the same time — which is a major conflict of interest,” she said. “It allows you to set rates very low as a buyer of ad space from newspapers, depriving them of ad revenue.” She likened Google’s behavior to insider trading of stocks.

Pichai equivocated, saying the company was committed to journalism — a key point of contention for publishers that argue the search giant unfairly uses their content without paying for it.

Mark Zuckerberg, CEO of Facebook, faced questions about the 2012 acquisition of Instagram, which has since become a significant source of revenue for the social-media giant. An inquiry into the deal suggests lawmakers may recommend that the company divest its interest in the photo-sharing app.

The effect on publishers likely would be minimal, considering that Instagram mostly doesn’t pay for content as parent company Facebook started to do last year with the introduction of its Facebook News section. However, Instagram may one day decide to pay for video programming to compete with Google’s YouTube, which does provide a way for publishers to monetize their content.

The four tech companies also face scrutiny from authorities in the Federal Trade Commission and Justice Department, along with the attorneys general from dozens of states. They may bring antitrust suits as early as this year, giving publishers the possibility to testify that the tech giants have harmed their businesses.