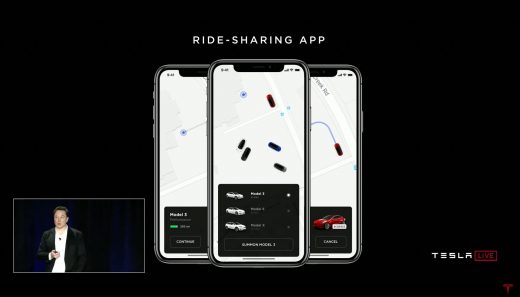 Tesla promises ‘one million robo-taxis’ in 2020 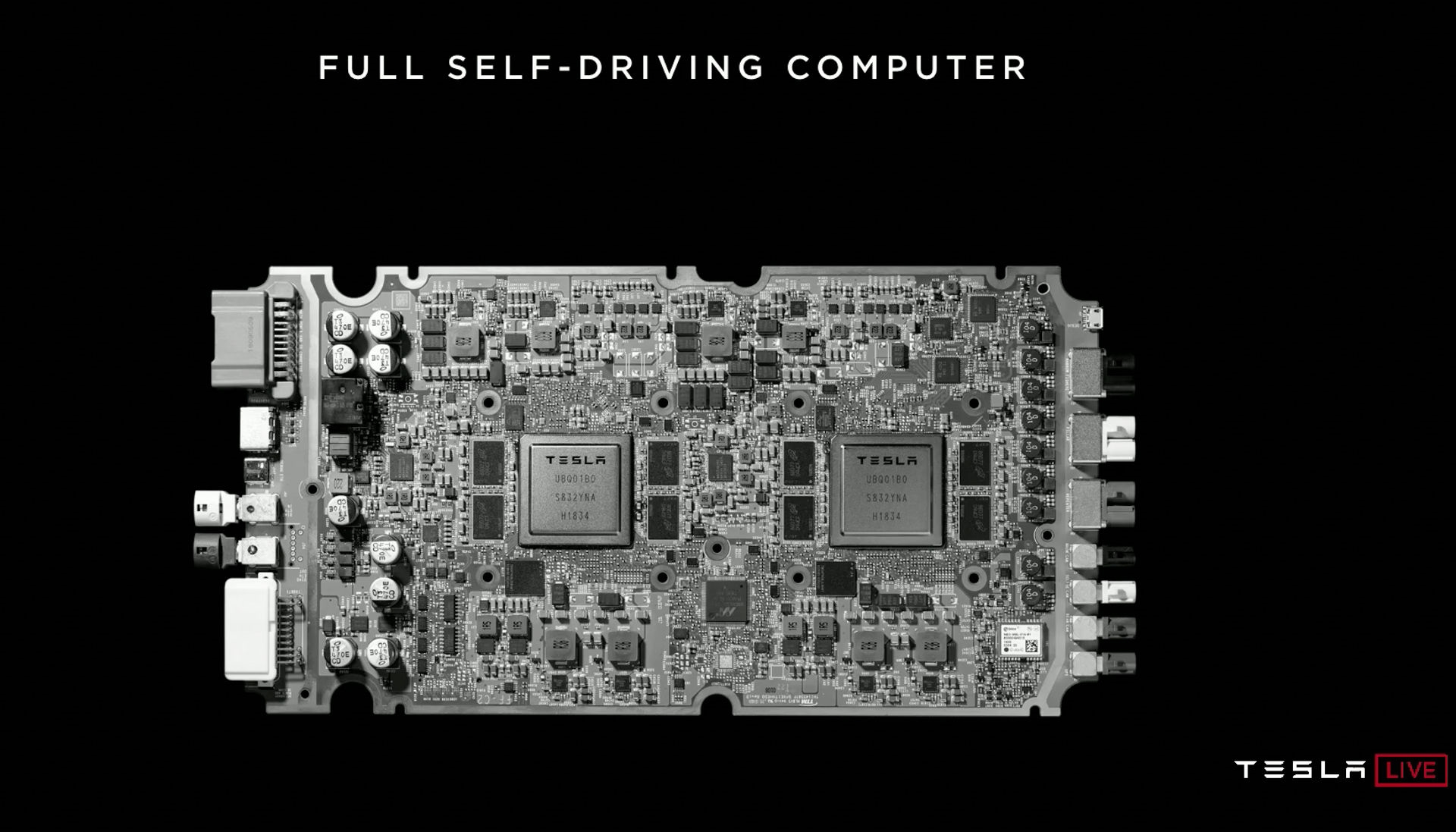 Two days ahead of its first-quarter earnings disclosure, the company had an event to explain its autonomous technology to investors. The talks were probably denser than the average shareholder was expecting but it was an opportunity to see how Tesla will deliver a self-driving car and it announced that Tesla robo-taxis will be available next year.

To kick things off, the company shared that it had built its very own computer for self-driving cars. The neural network chip was built from the ground up; the project started back in 2016. Each computer (which is stored behind the glove box) has redundancy so that if one chip fails, the second chip can take over.

This is the company’s first time building its own silicon. CEO Elon Musk was quick to boast that Tesla ” which has never designed a chip, designed the best chip in the world.”

Musk reiterated what he’s said before about the hardware available in Teslas. “All Tesla cars right now have everything necessary for self-driving available today. All you need to do is improve the software.”

That hardware includes the company’s reliance on cameras and radar. When the subject of LiDAR (Light Detection and Ranging) came up, Musk said “LiDAR is a fool’s errand. Anyone that’s relying on LiDAR is doomed.” He later added that “it’s fricking stupid. It’s expensive and unnecessary.”

Most other automakers are using or are planning on using LiDAR for their driver’s assistance features. The technology’s cost has come down while its ability to see further down the road has increased. Coupled with radar and cameras, it’s an additional tool for vehicles to see the world.

In its presentation, Tesla noted that the attendees arrived at the event using their eyes (and not lasers). An odd argument against LiDAR since people can’t see 360 degrees but a Tesla can see the world like that thanks to eight cameras. A human doesn’t have eight eyes.

As for the way the vehicle’s see and interact with the world, the company noted that for things like “cut-ins” (when a car pulls in front of another car) the company has been training its neural network using real-world interactions with vehicles. It then trains the system to understand the movements of cars as they are about to change lanes. 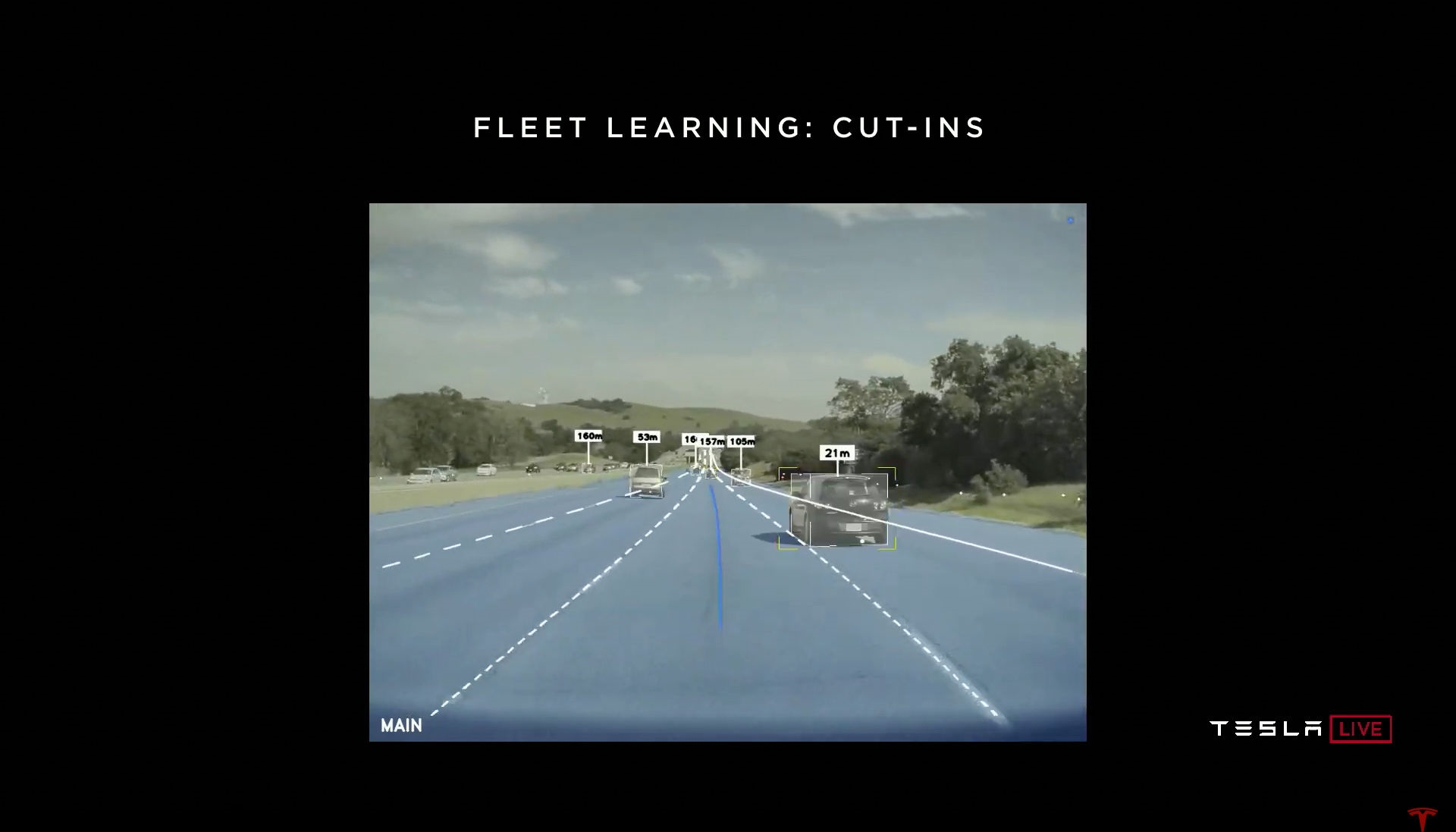 To test the system Tesla uses something called “shadow mode.” The car sees a vehicle that’s about to change lanes and it makes a note of what it would have done. The data is sent to Tesla and it looks for false positives, or incorrect decisions and retrains the system. Once the system works as well as the company wants it too, it’s fully deployed.

For cut-ins, the update was pushed live three months ago.

As for full autonomy, Musk noted: “the software problem should not be minimized.” He continued that, “it’s a very difficult software problem.” Still, he promised that Teslas will be capable of self-driving by the end of this year and self-driving robo-taxis will be on the road in 2020. Also, in two years, the company will be making cars without steering wheels or pedals at all.

Musk hopes to undercut Uber and Lyft with the cost per mile of a robo-taxi being less than $.18 a mile. Typical ride sharing costs are $2 to $3 a mile. 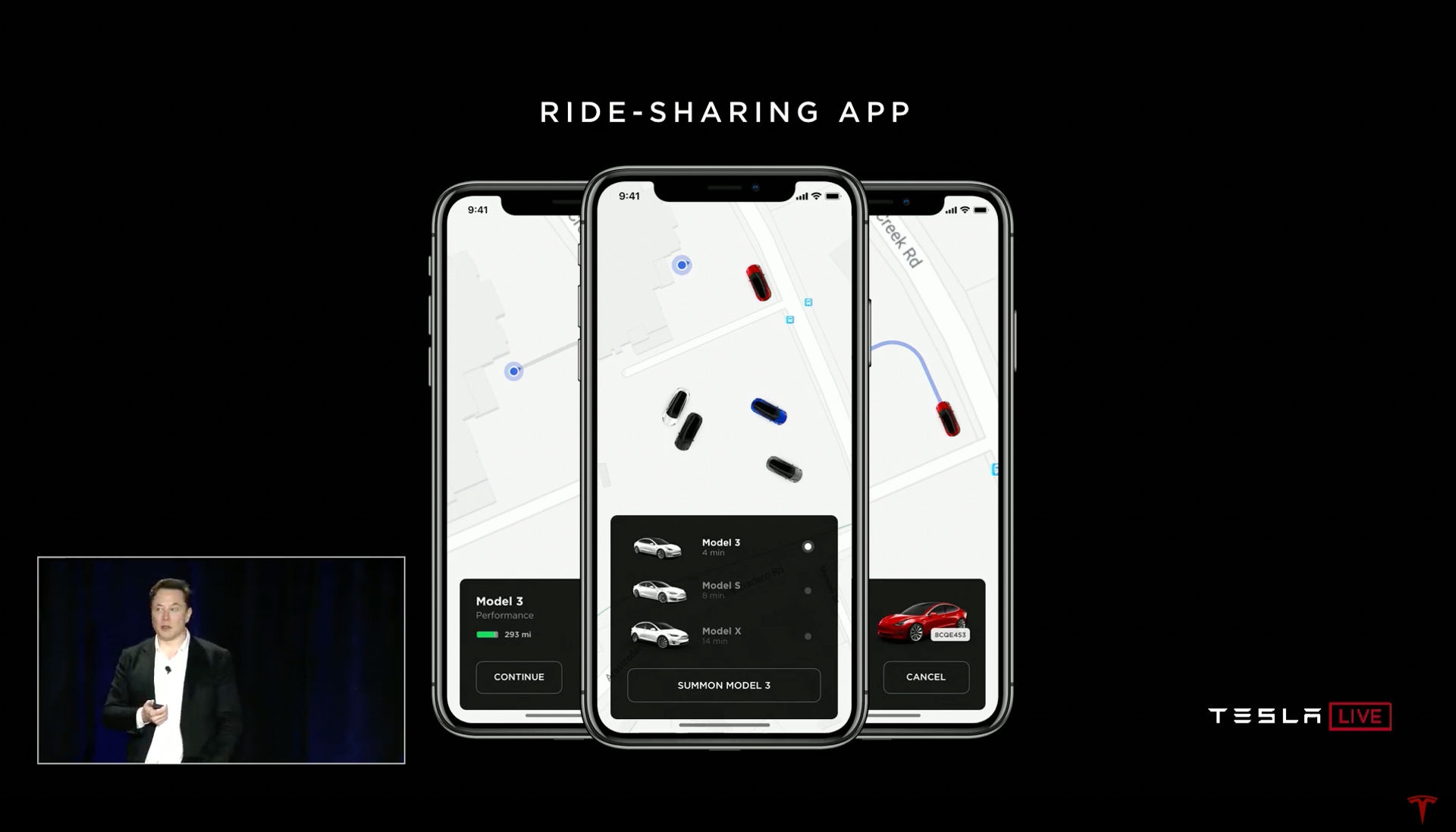 “If you fast forward a year, maybe a year three months, we’ll have over a million robo-taxis on the road.”

According to Musk vehicles will drive anywhere. “If you need geofenced maps, you’re not self-driving,” he said. He said that Teslas will be available to autonomously navigate dense urban areas like San Francisco and New York by the end of the year.

That self-driving prediction is far more aggressive than other automakers and Tesla has a history of announcing roadmaps then missing dates. But according to Musk, by next summer we’ll all be cruising in self-driving Tesla to the beach.