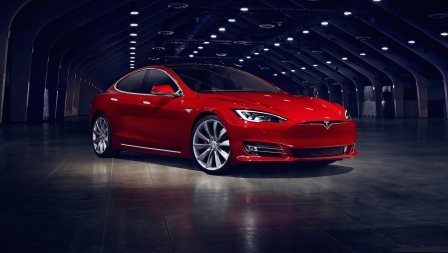 Tesla isn’t waiting for the Model 3 (or the Gigafactory) to be ready before it kicks its production into overdrive. The electric car pioneer now expects to build and deliver over 50,000 vehicles in the second half of 2016 — that’s as many as it built in all of 2015. It hopes to make 2,400 EVs per week by the end of the year, which is no mean feat when it made just under 2,000 a week in the spring. You can pin a lot of this on an “extreme” boost to production in the second quarter, where nearly half of the cars were made in the last month.

There is a dark side to this, at least in the short term. While it made 18,345 EVs in the second quarter, that last-minute rush left it shipping 14,370 of them. If you’d plunked down cash for a Model S or Model X early this year, there was a real chance that it was still sitting in a boat or truck as summer began. In tandem with earlier orders, there were 5,150 cars still on their way — almost twice as many as at the start of 2016.

The figures underscore the challenges Tesla faces as it shoots for its goal of building 500,000 cars a year by 2018. Even with the help of its battery-making Gigafactory, it still faces a lot of risks: it has to not only scale its production to fulfill a massive amount of Model 3 demand, but find a way to get all those cars to customers in a timely fashion. It doesn’t want to see a repeat of this last quarter’s setbacks on a much larger scale, as that would amount to tens of thousands of annoyed customers twiddling their thumbs.