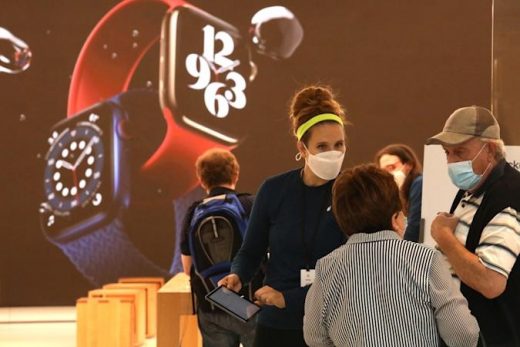 Apple is reportedly lifting mask requirements at some US stores tomorrow

Apple might loosen its mask requirements at some stores after months of taking a cautious approach. Bloomberg claimed to have an Apple memo outlining plans to lift mask requirements at more than 100 of the iPhone maker’s roughly 270 US stores. The policy will reportedly apply to stores in Arizona, California, Connecticut, Florida, Louisiana, New Jersey and New York before spreading to other states and shops. Apple has declined to comment.

The company is lifting the requirements due to declining COVID-19 case numbers and improving vaccination rates, according to the memo. The policy will apply regardless of a customer’s vaccination status, although retail staff will still have to wear masks due to longer interactions and closer contact. Stores will still require masks for everyone in areas where the local government demands the safety measure, such as in Los Angeles and the San Francisco Bay Area.

The company has frequently changed its retail policies as the pandemic has evolved. It has closed and reopened stores based on case levels, for instance. It scrapped the mask requirement in many US stores in June only to bring them back a month later.

Provided the leak is accurate, it’s far too soon to say whether or not this policy shift will stick. The pandemic hasn’t been entirely predictable, to put it mildly. However, a change in mask requirements would certainly reflect Apple’s hopes of returning to pre-pandemic conditions as soon as possible, both in stores and in the office. 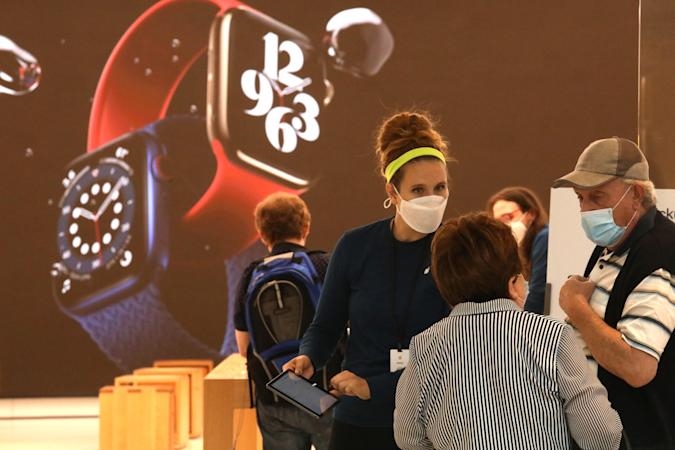