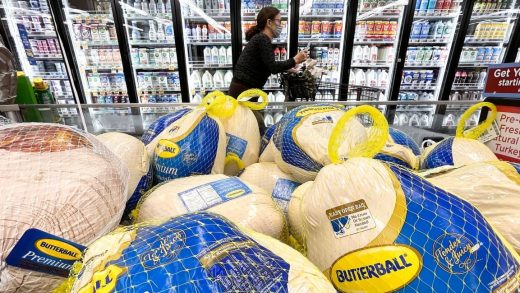 Thanksgiving meals may be leaner this year. Here’s what’s out of stock already

This November’s Thanksgiving meal could be leaner than those of years past, thanks to a cornucopia of economic crises stemming from supply chain dysfunction, labor shortages, and a crop season addled by bad weather.

According to numbers from big data research firm IRI, Thanksgiving dinner staples are already dwindling from store shelves. As of October 31, grocery and supermarket stock of various foods and household items was 4% to 11% lower than normal. That’s not far off from the apocalyptic, panic-buying times of March 2020, when supplies were down 13%—back then, streets, shelves, and store aisles looked as eerily barren as a ravaged town in a zombie flick.

This year, holiday cheer is palpable as social gatherings have come barreling back to life. But naturally, that’s led to a spike in demand for classic feast foods like frozen whole turkeys, yams, and cranberry sauces, and long-suffering manufacturers are once again struggling to keep up. Per IRI, during the week ending November 7, whole bird turkeys were in stock only 64% of the time at retailers across the country, compared to a rate of 86% a year ago. Packaged, refrigerated pies—pumpkin, sweet potato, or whatever—were available 68% of the time that week, down from 78% last year. Canned gravy was down to 73% (from 85% last November), and cranberry sauce was at 79% (versus 89%).

As disheartening as that is, it’s still a bounce-back from last month, when turkeys were less than 40% in stock—which is impressive, given the scramble turkey farmers are facing. According to the U. S. Department of Agriculture, fresh turkey production slipped 1.4% this year, and Butterball, one of the largest domestic turkey processors, has been vocal about labor and supply challenges within the company.

Another perhaps less predictable item that’s growing scarce is cream cheese, which could be used in Thanksgiving appetizers, sides, or desserts (we imagine it pairs well with cranberry, corn, or pumpkin). A spokesperson for Kraft Heinz told CNN the company has seen “unprecedented demand for Philadelphia Cream Cheese in the past year,” and it expects that trend to persist through winter. The company has arranged to ship 30% more cream cheese in November and December, it said.

But interestingly, stuffing, the perennial holiday favorite, doesn’t seem to inspire the same rabid purchasing: It’s plentiful this year, even more so than last. It was 92% stocked last week, up from 90% for the same time last year. That might be because, as Kraft Heinz told the Wall Street Journal, the company boosted production of its Stove Top Stuffing by 25% ahead of this holiday season.

But for shippers and shoppers alike, it seems this holiday season could warrant more strategic planning. May the odds be with you! 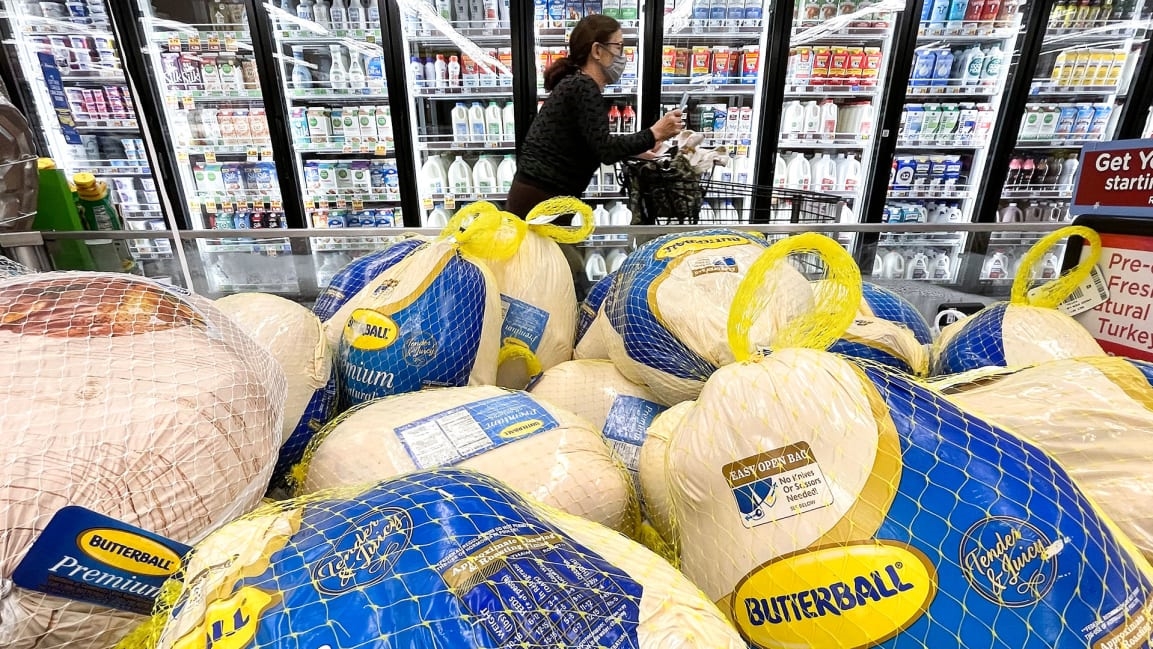