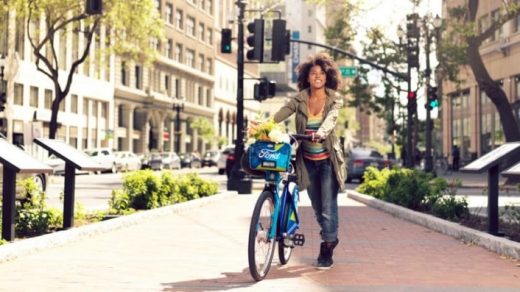 If you rent a bike from the Bay Area’s newly relaunched bike share program, you’ll notice a new logo: Ford. Now known as Ford GoBike, the system–which is expanding tenfold from 700 to 7,000 bicycles–is part of the car company’s effort to remake itself as a mobility company (technically, they’re calling themselves an “auto and mobility company”).

“Ford has offered a mobility solution for over 100 years, and it’s looked like an automobile,” says Jessica Robinson, director of Ford City Solutions, a team that focuses on new urban transportation options. “But we know that trend can’t continue.”

The company doesn’t plan to stop selling cars. But as urban populations grow–half of the people in the world already live in cities, and that number may grow to 60% by 2030–the company realized that other solutions make sense on crowded, polluted city streets.

In 2015, the company launched a series of 25 “mobility experiments,” only some of which involved cars. In India, Ford worked with a partner to test car sharing among small groups of coworkers or apartment dwellers. In London and New York, it tested an on-demand shuttle. In Palo Alto, it tested sensor kits that attach to bicycles to track speed and other data that could potentially help in transportation planning.

Ford Smart Mobility, a new subsidiary designed to create and invest in new mobility services, launched in March 2016. By September, the company created its City Solutions team to work directly with cities to help make it easier for people to move. It also invested in Chariot, a shuttle service aimed at lower-income commuters (a $119 monthly pass equates to less than $3 a ride if used to and from work each day; other options include off-peak passes and individual rides with pricing that varies depending on demand).

Helping expand the bike share system, formerly known as Bay Area Bike Share, was another step in better understanding alternatives to cars and “how we could help to coordinate the inefficiencies” in cities, Robinson says.

“If you talk to mayors out there, like we do, what they’ll tell you is that the systems we have in place today in cities are broken,” she says. “They’re faced with operating bus systems in ways that they’ve done for 50 years. They plan the roads using data that’s taken every 5 or 10 years. There’s this real craving not just for new modes and new solutions, but also the coordination and the insight that comes from looking at how those work together.”

Ford GoBike will be owned and operated by Motivate, the bike share company that previously ran Bay Area Bike Share. (Motivate also runs CitiBike in New York City, Capital Bikeshare in D.C., Divvy in Chicago, Biketown in Portland, Oregon, and four other systems.) Motivate has contracts both with the regional transportation planning authority and the five Bay Area cities where the system will operate. Ford’s investment will help the system expand. For Ford, the bikes serve as advertising, but involvement with the program is primarily a way for it to better understand urban transportation and use that knowledge to inform its work helping other cities plan for the future. The City Solutions team has been conducting user behavior studies for a variety of mobility solutions, and will likely do the same thing with GoBike. The company will also work with Motivate to help it better understand and improve the user experience.

Ford and Motivate began working with local officials and community members in 2016 to plan the new station locations for the relaunch; stations will begin to roll out on June 28. By the end of the summer, the system will have expanded from 700 to 3,500 bikes, and by 2018 it will include 7,000 bikes at 546 stations in San Francisco, San Jose, Oakland, Berkeley, and Emeryville. Of the stations installed in 2017, 35% will be placed in areas with a combination of factors including lower income, lower educational levels, and lower access to household vehicles.

The relaunched system will help better link transit and bike share. The Clipper card, a smart card that Bay Area commuters use on public transit, can now also unlock bikes for members. A new app helps riders find bikes and get a notification when they’ve successfully locked their bike at the end of a ride. (A separate app, which Ford already offers to its drivers, will now also feature the bikes, in an attempt to make it easier for people to switch from cars to bikes; in the future, that app may also include Chariot and other mobility options.)

Ford plans to study how the system works in different areas. “It really gives us a special chance to dig in deep in the city and focus on what that place’s specific mobility needs are, because certainly there are universal things, like congestion and air quality, but it’s different in every city,” Robinson says.

“We’re really trying to understand how people want to get around in cities not just today, but in the future.”

Ford is looking toward an urban future where people use many modes to get around–and using the data from the bike share to help inform its vision for what those future cities might look like.

If you rent a bike from the Bay Area’s newly relaunched bike share program, you’ll notice a new logo: Ford. Now known as Ford GoBike, the system–which is expanding ten-fold from 700 to 7,000 bicycles–is part of the car company’s effort to remake itself as a mobility company (technically, they’re calling themselves an “auto and mobility company). 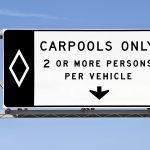 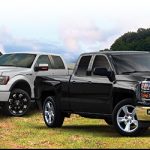 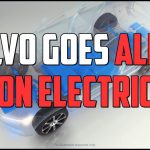 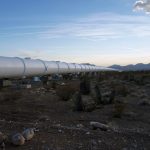 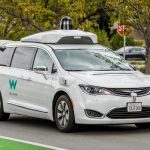 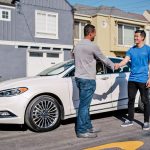 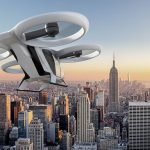 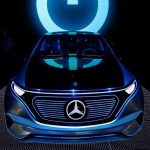 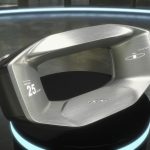 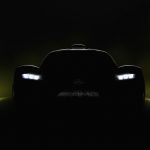 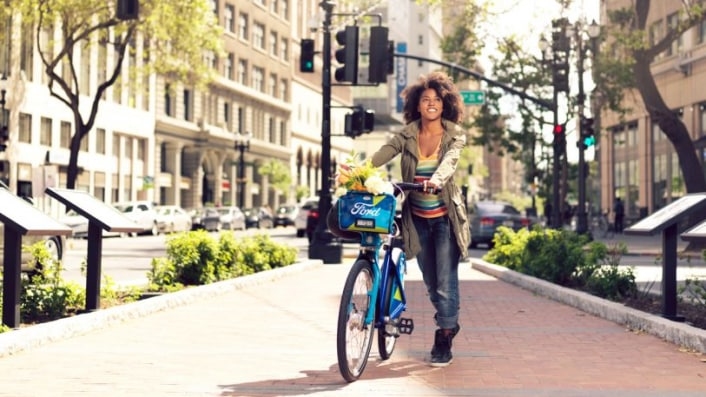 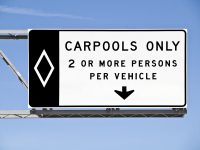