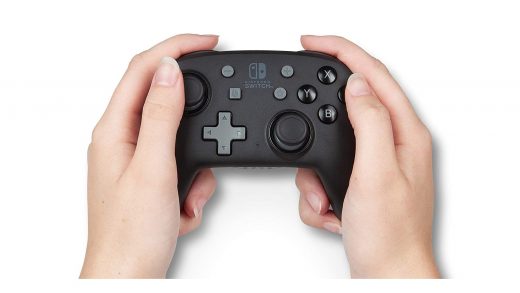 The best accessories for your new Nintendo Switch OLED edition

The best accessories for your new Nintendo Switch OLED edition

Power up your improved system with some fancy peripherals.

K. Naudus
@krisnaudus
December 27th, 2021
All products recommended by Engadget are selected by our editorial team, independent of our parent company. Some of our stories include affiliate links. If you buy something through one of these links, we may earn an affiliate commission.

The new Switch OLED is out, and it’s a real beaut. It has a larger 7-inch screen, longer battery life and a few other welcome design improvements to its handheld gaming mode. I was impressed when I reviewed it back in October, and it’s been flying off store shelves since its release. It’s so hard to get one right now, in fact, that you may have to go to eBay to snag one before the holidays. But if you do have one — congrats! Now you probably want to make the most of your new system, and there are a few accessories that will go a long way toward making the Switch OLED a truly stellar console.

With only 64GB of on-board storage, you’re going to want to get a microSD for your Switch OLED to store downloaded games, save files and screenshots. And with the redesigned slot it’s easier than ever to put it in or take it out of the system, too. You can use pretty much any microSD card with your Nintendo Switch, but the Nintendo-branded ones from SanDisk are solid, and you can get a 256GB model at a pretty affordable rate right now. They’ve been specifically tested with the system so you know they’ll work seamlessly.

With the improved stand on the back of the OLED Switch it’s now a lot easier to play in tabletop mode. But you’re still dealing with the same old Joy-Cons, which might be a bit too small for players with larger hands. In that case you’ll want to upgrade to a more pro-level gamepad. And yes, there is Nintendo’s Pro Controller, which is still the best choice for your Switch overall if you can get one, but 8Bitdo’s Pro 2 is also great, not to mention incredibly flexible; you can use it with your Android device, as well as a PC or Mac desktop. And it’s $20 cheaper than the Nintendo-made option.

While the official Pro Controller and the Pro 2 are nicely full-featured gamepads, one thing they aren’t is small. That makes a big difference on the go when you don’t have a lot of space in your bag but need something just a bit bigger than the Joy-Cons to play with. In that case I recommend the 8Bitdo Lite, which offers up two d-pads and an extra set of directional buttons, perfect for 2D gaming. It’s color-coded to match the Switch Lite, but that doesn’t mean it’s not also a solid companion for your Switch OLED.

When you need a Pro-style controller but don’t have space for a Pro-style controller, PowerA has you covered with its Enhanced Nano gamepad. It looks a lot like the official Switch Pro controller thanks to its grips, shoulder buttons and matte black coloring, but it’s two-thirds the size and includes a set of back buttons you can program to suit your needs. It’s easy enough to tuck away in your bag for a gaming emergency, and it’s affordable, too.

Recently, Nintendo pushed out a firmware update that lets you use any Bluetooth headset natively with your Switch, which is fantastic if you already own a wireless gaming headset. But if you don’t have one, or find it a little too bulky, I’m still going to recommend the Arctis 1 from SteelSeries as a good option for the Switch. It sounds great, is super comfortable and stylish, and the included USB-C dongle is still easier than connecting to the console via Bluetooth. At $100, it’s also reasonably priced for a gaming headset.

Like the Arctis 1, the Barracuda X uses a USB-C dongle to connect to your console. Unlike the Arctis, though, it comes in assorted colors like quartz pink and white, the latter of which matches the Switch OLED’s panda-colored Joy-Cons. Aside from that, it’s just as solid as the Arctis 1, with 40mm drivers and a super light but sturdy design that feels and looks great on your noggin.

The Switch OLED’s screen is beautiful enough that you’ll definitely want to give it an extra layer of protection. Because it’s slightly larger than the screen on the standard Switch, you’ll need to make sure you get a screen protector that’s specifically made for the OLED model, and I also recommend a tempered glass kitl because it’s more durable than plastic. The iVolver screen protector costs $10 for a pack of four, so it’s super affordable, and your system will still fit nicely in the dock when you slide it in for a charge.

If your Switch lives in your bag or backpack, it’ll be useful to keep a battery pack with you for whenever you run out of juice. Most of Anker’s high-capacity power packs will charge up the Switch, but we like this PowerCore+ bundle that includes a 26,800mAh power bank, a USB-C to C port and a 60W adapter, the latter of which enables fast charging. While it’s on the expensive side, you’re getting all the pieces you need to speedily recharge on the go and the system works with smartphones, tablets and laptops, too, so it’s a true multipurpose accessory.

The Switch Pro might be a premium-level system but you don’t have to spend big bucks to protect it. The Amazon Basics Carrying Case is my preferred method for toting my Switch around, and it fits the Switch OLED just fine. There’s also a nice-sized pocket for carrying around cords and other accessories, and a panel with slots for 10 Switch game cards that’s padded on the other side to protect your screen. And, on a personal note, the outside is super fun to cover with stickers.

If you’re the type who likes to take your entire system to places like say, a friend’s house or a gaming convention like PAX, the large case from Amazon Basics is an easy and affordable way to carry the whole kit and caboodle. It can fit the new dock, the system, a controller and all the cabling you need, snug and tidy. It even comes in some snazzy colors like neon yellow or red, to match your Joy-Cons or a favorite outfit. 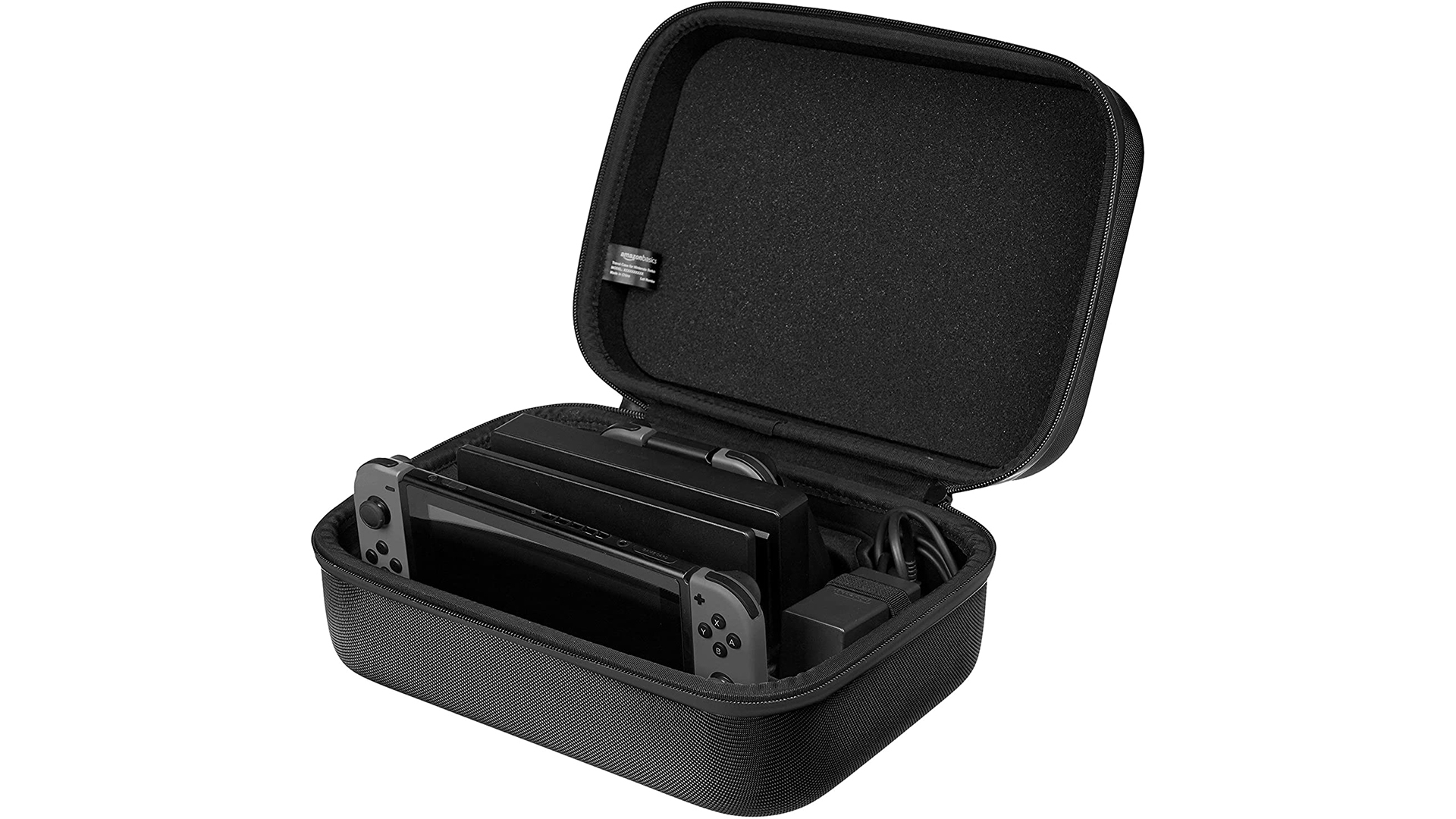 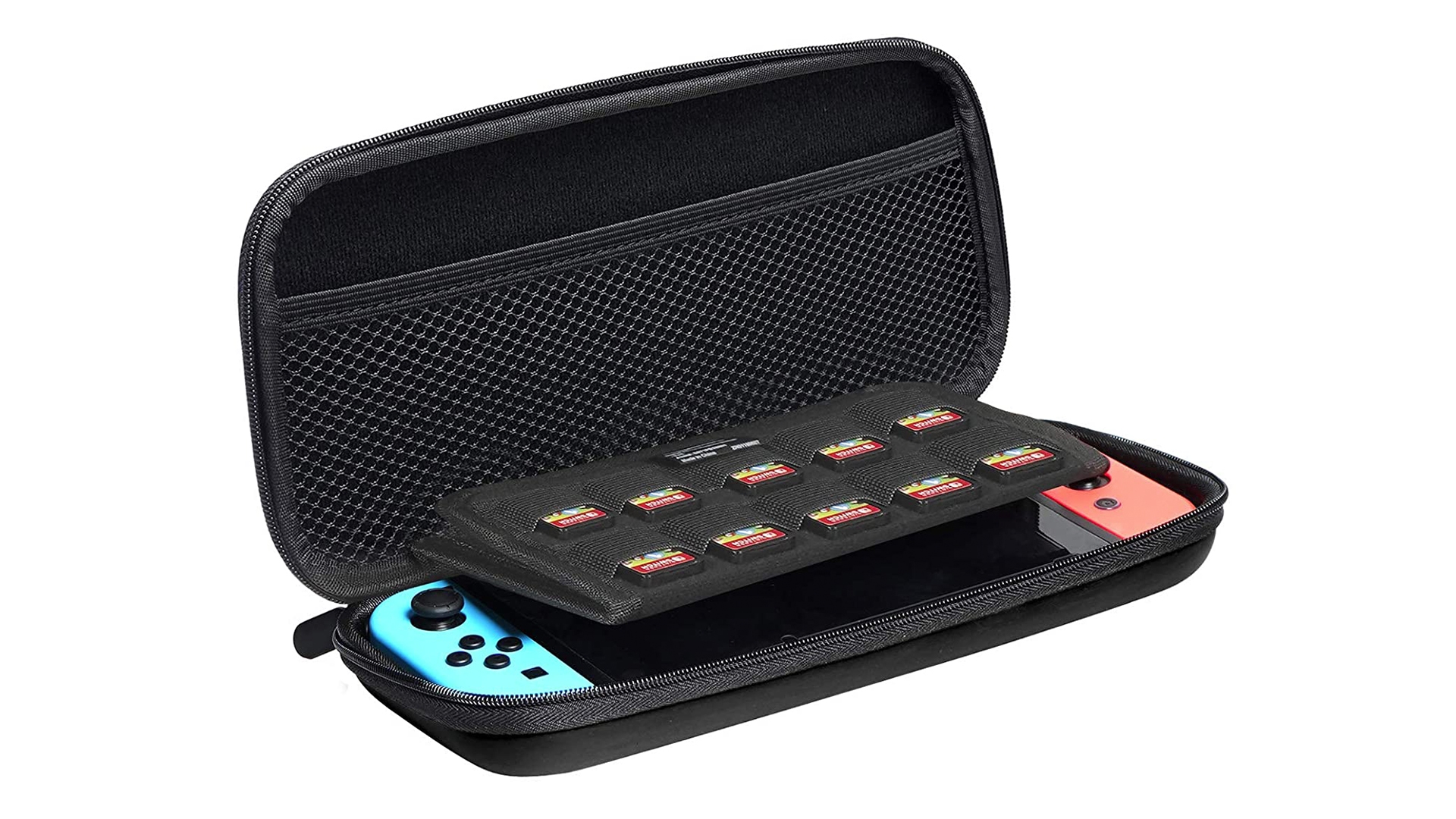 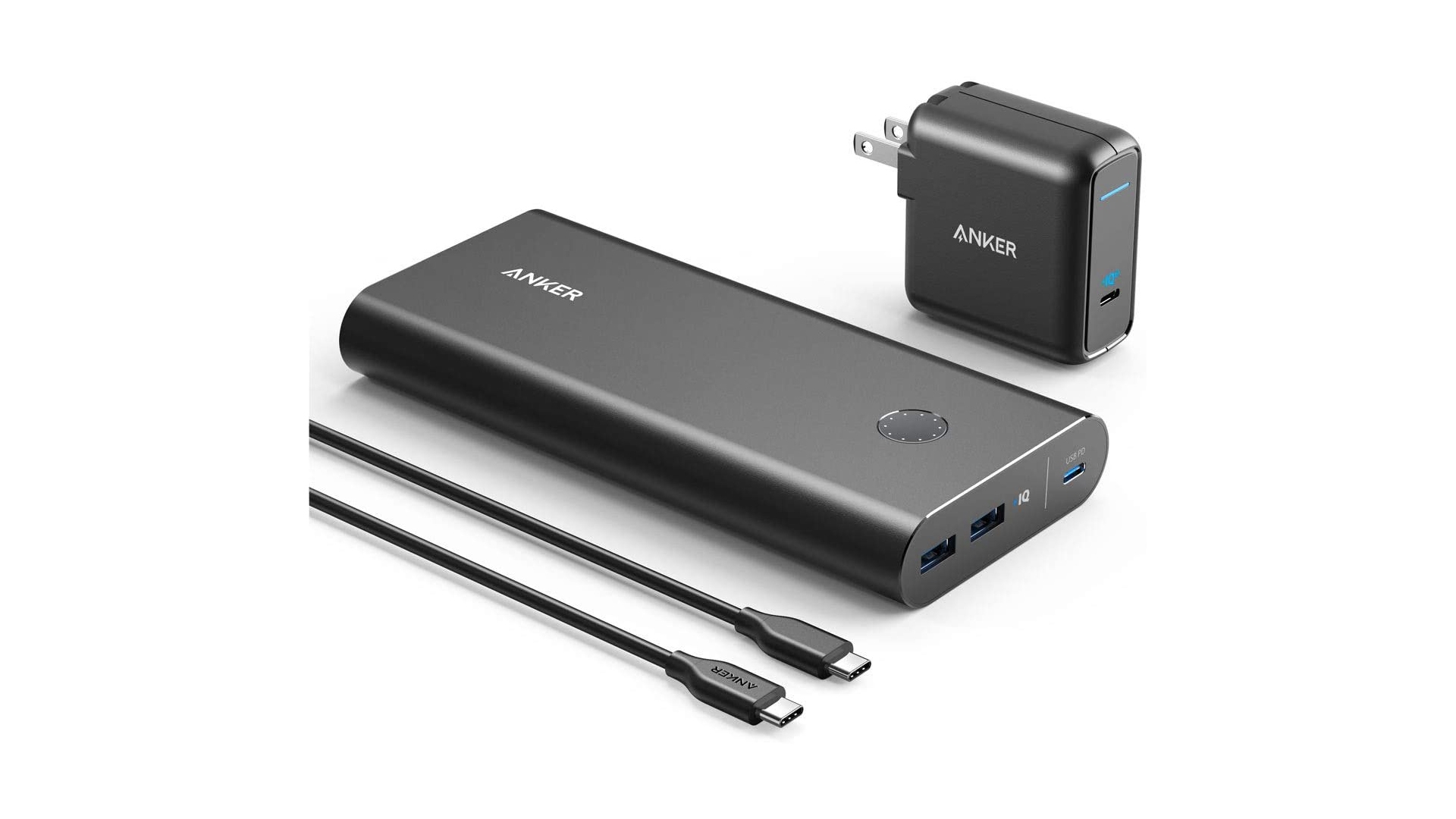 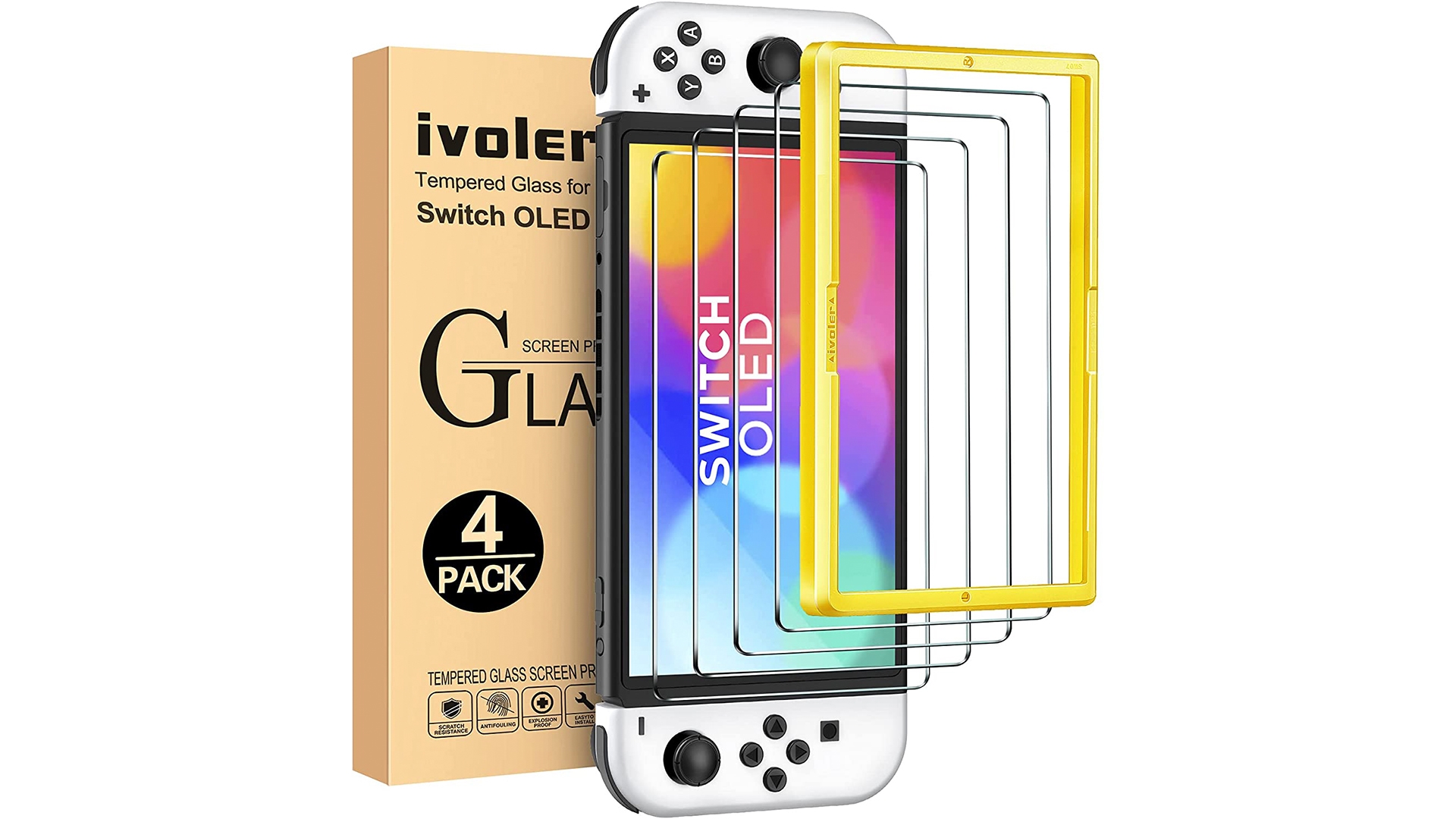 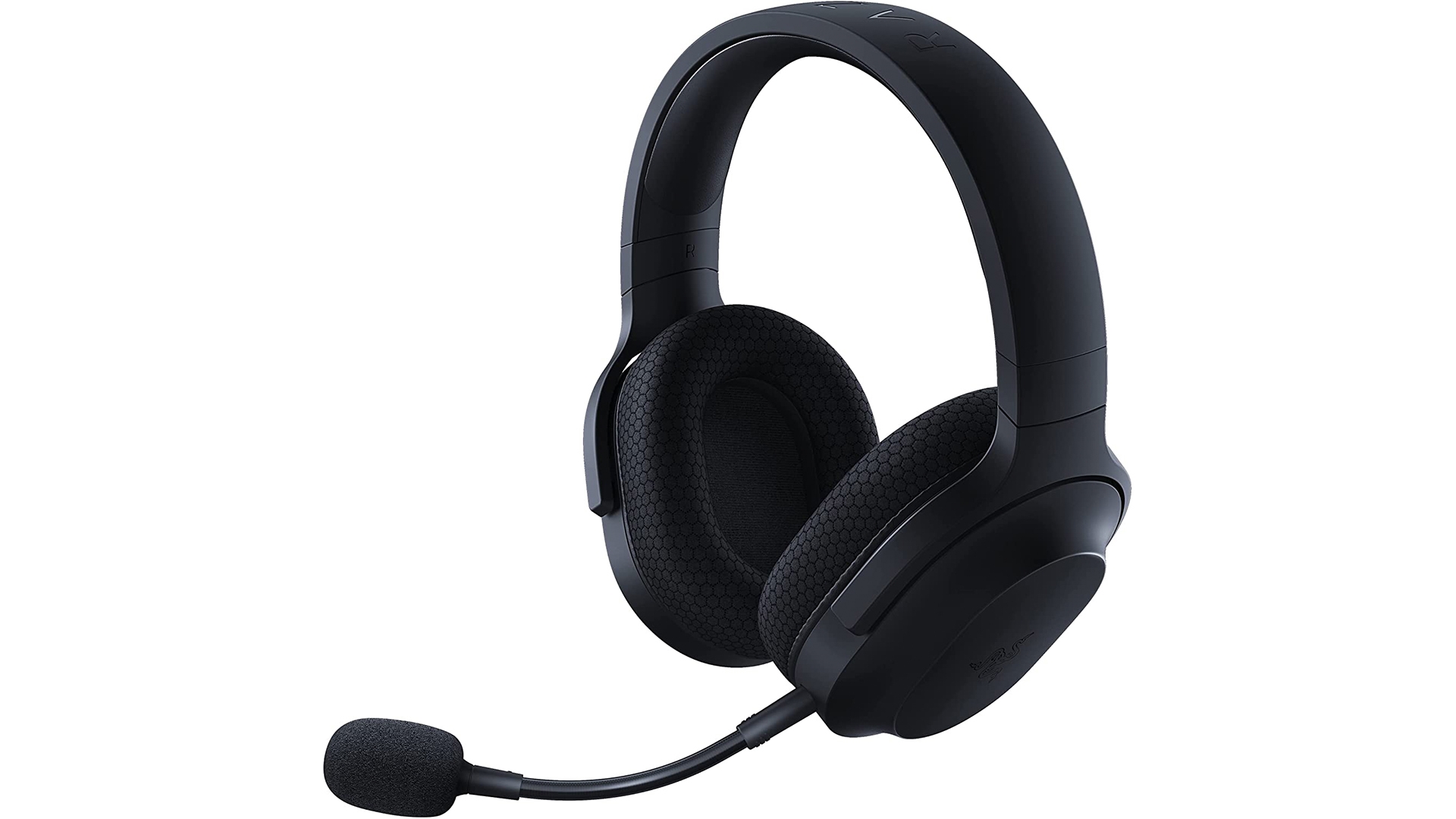 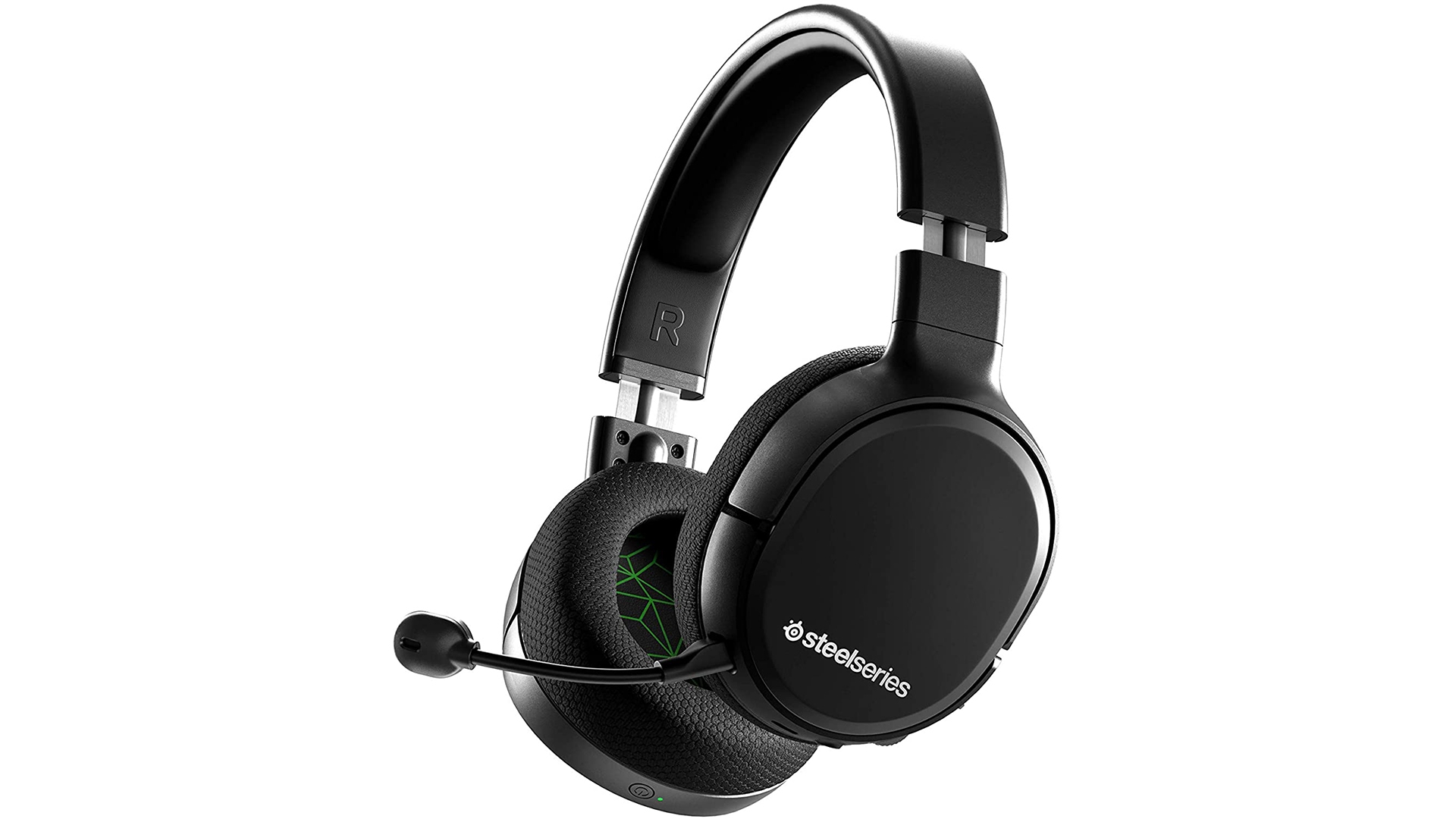 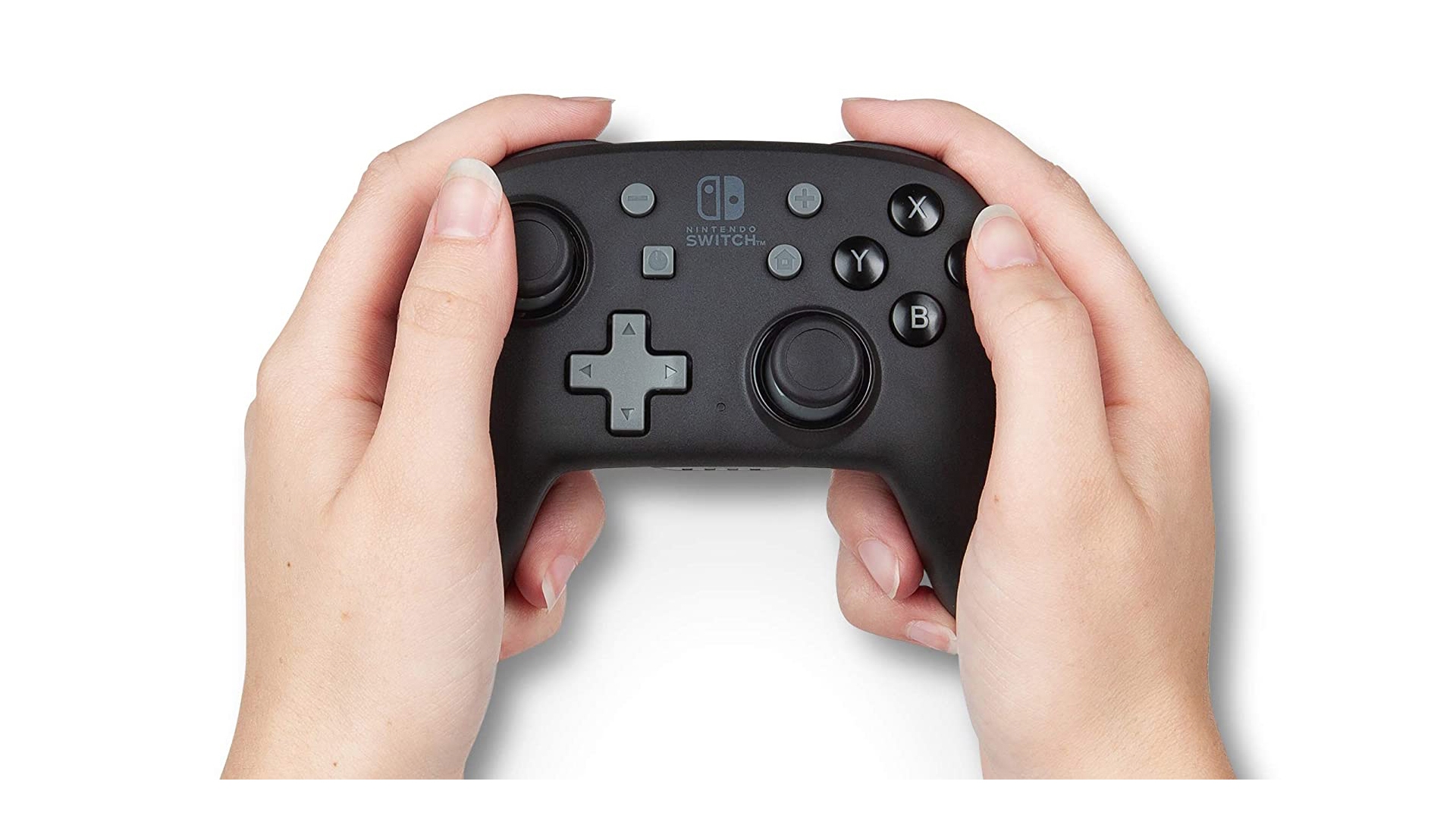 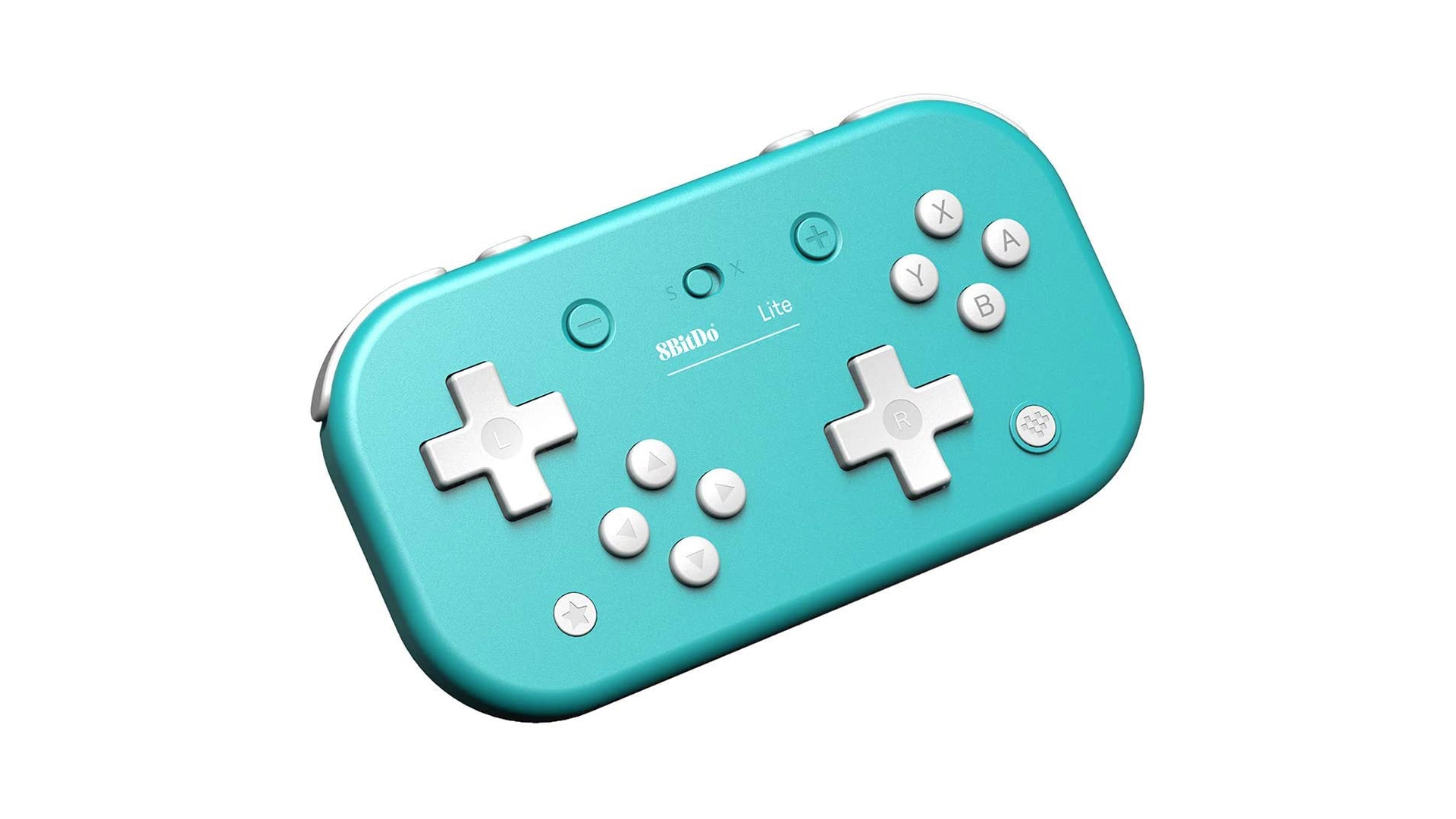 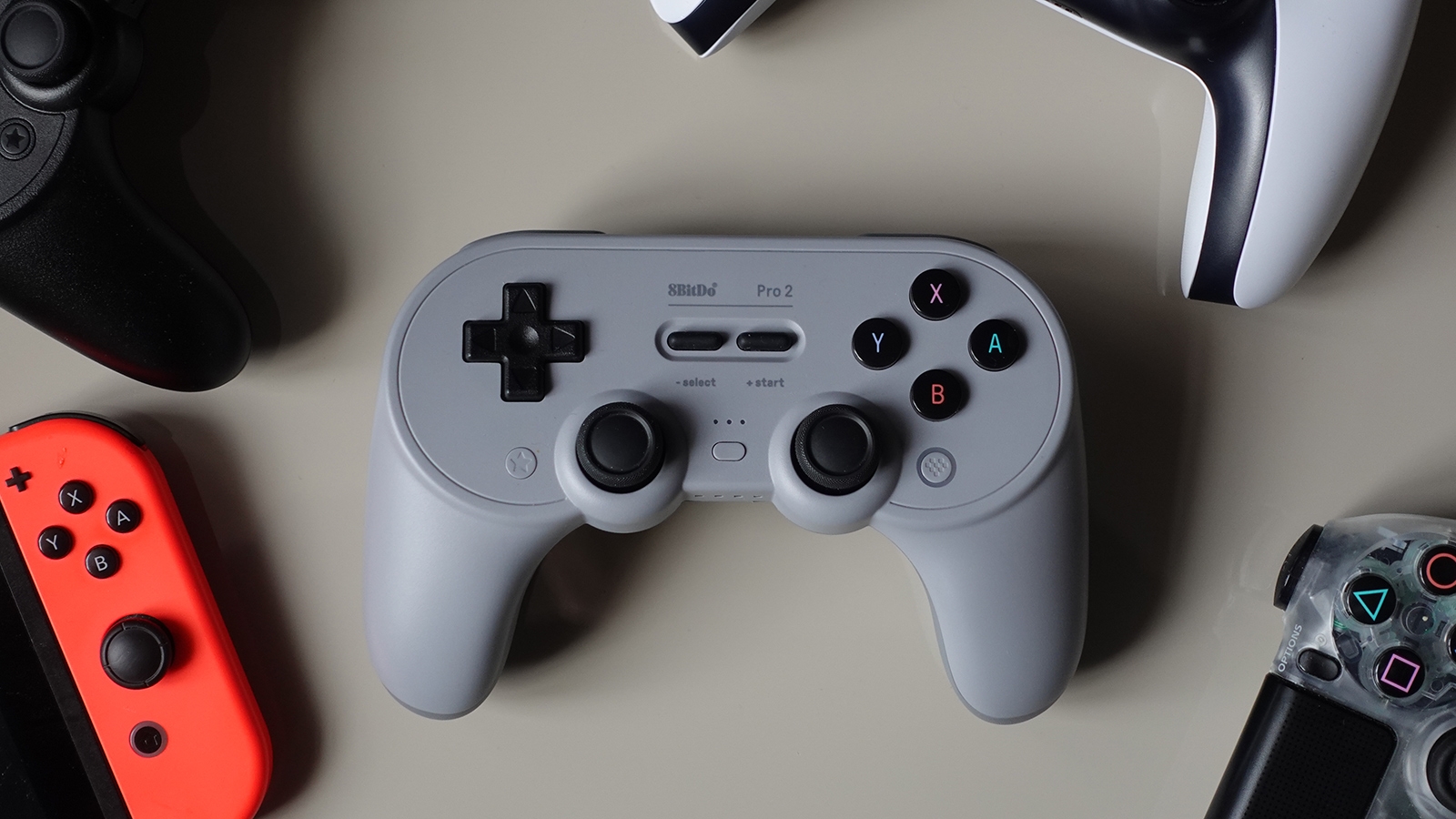 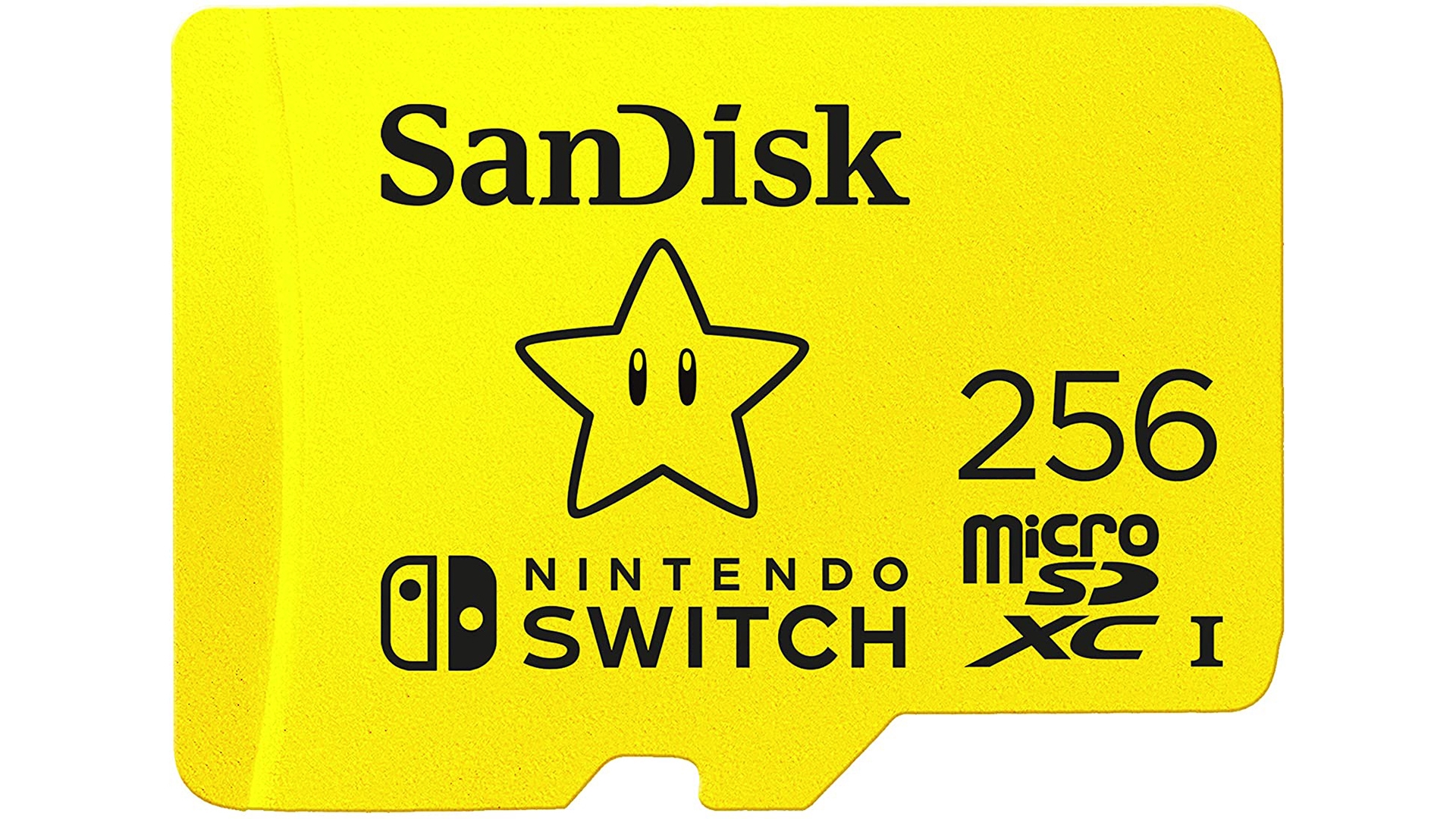