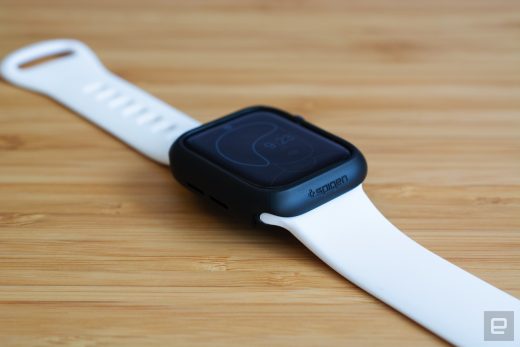 The best Apple Watch accessories for 2022

The best Apple Watch accessories for 2022

Bands are just the beginning.

It didn’t take long for the Apple Watch to become perhaps the most ubiquitous wearable. Even more so than the iPhone, the Apple Watch is a device you can truly make your own with the right accessories. It is, after all, a watch, and like traditional timepieces it’s meant to reflect your personal style. While the most obvious way to customize your Apple Watch is with funky bands, there are cases, stands, wireless chargers and other accessories you can buy that can inject a bit of you into all aspects of Apple Watch ownership. We tested out a bunch of Apple Watch accessories to see which are worth your money.

While plenty of us use cases to protect our smartphones from drops and scrapes, you may not think to use a protective case for your smartwatch. After all, a device that’s literally strapped to your body isn’t as prone to accidental drops as a device that moves in and out of your pocket all day. Chalk it up to me being clumsy, but I’ve knocked my Apple Watch on more door frames than I’d like to admit. For less than $25, a case is a good option if you don’t want to take any chances with that $279-plus smartwatch on your wrist.

“Cases” are basically bumpers that surround the edges of the Apple Watch, and some of them even cover the screen. I personally prefer a bumper-style case because, if I’m going to cover the display, it’ll be with a dedicated screen protector. Spigen’s line of Apple Watch cases are solid and they come in two different levels of bulk. The Rugged Armor series has a shock-absorbent layer and raised bezels, making it especially well suited for those who prioritize protection over fashion. Spigen’s Thin Fit series is more my speed: It sits flush against the Watch’s display, but still gives you an extra layer of protection. You can even choose a color that matches your Watch to help it blend in. Two added perks of Spigen’s cases are that they snap on quickly and easily, and they’re quite affordable at around $14 a piece.

If you don’t want the extra bulk that comes with a case, a screen protector will give you at least a bit more of a safeguard than sporting a naked Watch. Zagg’s InvisibleShield line is a reliable one that provides shatter protection, clarity and enhanced touch-sensitivity. When installed properly (Zagg gives you clear instructions and all the tools you need to do so), you’ll probably forget you have a screen protector on your Watch. This accessory blends in almost seamlessly with the Watch’s hardware, and if you do accidentally ding the screen, the protector should take all of the damage.

The latest Apple Watches don’t come with power adapters, so you’ll have to dig one out of your drawer or get a new one to charge it up. Choosing the latter is probably best since Series 7 owners will get a new, USB-C-toting cable, so you’ll need an appropriate adapter to get all of that fast-charging goodness. Anker’s 20W Nano Pro is a good pick because it’s compact and has a few safety features built in. Inside is a dynamic temperature sensor that helps prevent overheating, plus a power tuner chip that helps adjust output based on your device. That second feature is likely more important than the first if you’re primarily using this tiny brick with your Apple Watch, but both will be handy if you ever need to use it with your iPhone. What’s more, the Nano Pro can fast charge iPhone 13s, providing a 50-percent top-up in only 25 minutes, and you can get one that matches the color of your handset if you wish.

Apple makes one of the more elegant solutions to charging your iPhone and Apple Watch while traveling. The $129 MagSafe Duo has spaces to wirelessly charge both devices and folds up into a neat square when not in use. The Apple Watch pad flips upward as well, allowing you to use the gadget in Nighttime mode while it’s charging. While this wireless charger does come with a USB-C to Lightning cable to provide power to the system, it does not come with an AC adapter so you will have to remember to pack your own.

Apple Watch chargers are a bit different than Lightning cables in the sense that you probably have only one of the former and many of the latter. Those who travel or commute often should consider getting a second Apple Watch charger, that way you’re not stuck if you forget to pack your one and only before a long weekend trip. Belkin’s Boost Charge Pro portable fast charger is a great option, particularly for those who have a Series 7. The square pad uses Apple’s new fast wireless-charging module, so it’ll be able to power up the Series 7 from 0 to 80 percent in roughly 45 minutes.

You can simply sit your timepiece on the module to charge, but it also flips up so you can use the Watch in Nightstand mode while it’s powering up on your bedside table. To support different Watch sizes and protective cases, the pad also has a dial on its underside that lets you adjust the height of the charging module. Plus, the attached USB-C cable that tucks away on the bottom of the pad is four feet long, giving you a bit more placement flexibility than other chargers.

The main drawback is its $60 list price, but those strapped for cash should consider Anker’s version, which is very similar to Belkins and only $43. It won’t fast-charge the Series 7, but it will power up the device just like it would a Series 6 or earlier. I also prefer how the attached USB-C cable coils up into the base on this one – it’s a bit neater than Belkin’s solution.

You’ll likely have your Apple Watch strapped to your wrist while traveling, but it’s a good idea to have a pouch or case that can hold the gadget along with any accessories you need when you’re not wearing it. Bellroy’s Compact Tech Kit is an attractive option not only because of its minimalist design, but the multiple loops and pockets on the inside. It can easily hold your Apple Watch charging cable, an AC adapter and a few extra bands, and you’ll still have space for things like AirPods, a Lightning cable for your iPhone and even a larger power adapter for your laptop. If you don’t mind something a bit more utilitarian, Bagsmart’s small travel organizer is a good option that also costs just $22.

If you want to use the Apple Watch’s handy Nightstand mode while it’s charging, I’ve found that Watch holders can make the experience much better. My Watch often topples over or rolls about when I simply trust it to sit on its side next to my bed, but that’s easily fixed with a stand. Elago’s stands may be simple, but they have a lot of personality, coming in colorful dome shapes and in the forms of retro tech. The biggest problem with them, particularly the dome stands, is that they can be prone to sliding around on your desk or nightstand if there’s any tension on your charging cable. But they hold the Apple Watch well and, at under $15, they’re affordable ways to inject more personality into your accessory game.

We previously recommended Spigen’s $12 S350 charging stand as another basic option, but we’d now opt to upgrade to the PowerArc ArcField wireless charger. Coming in at $50, this one looks almost identical to the S350 stand but it comes with an Apple Watch charging module built in, plus an attached, 6.6-foot USB-C cable. It also comes with a few rubber pads of different heights, allowing you to adjust the stand to the right height based on your Watch’s size and if you have a case protecting it. While it costs more than a standard silicone charging stand for your Apple Watch, it’s worth it for the additional charging power – plus if it does become your main home charger, that frees up the charging cable that came with the Apple Watch to be your on-the-go option.

You probably made your way to this guide because you are an Apple Watch owner and want to deck it out. But if you haven’t made the purchase yet, consider using the Apple Watch Studio to customize the timepiece’s watch band to your liking. Doing so will let you choose the precise band style and color you want, and there are definitely a few that are worth getting directly from Apple. Both the Sport Band and the Sport Loop are good basic strap options for everyday and exercise use, but you can find alternatives for much less elsewhere.

Apple’s Solo Loop is a good one if you just want to slip your Watch on in the morning without worrying about notches or buckles — just make sure you get the right size when you order. I’m also partial to the Nike Sport Band because its carefully placed holes make it breathable and extra comfortable for working out. But if you want that one, you’ll have to buy the Apple Watch Nike edition, which is just a regular Watch with the Nike+ Run Club app preinstalled.

But if you or your loved one already have an Apple Watch, it’s easy to find additional bands, from leather to stainless steel, across the web. When it comes to basic silicone straps, you can find packs of three to six bands for less than $20 but the quality may be questionable. Look for brands with many high ratings on Amazon if you insist on getting the best bang for your buck. You can also use FakeSpot’s Amazon integration to get an idea for how trustworthy a product’s reviews are.

A few reputable brands that make Apple Watch bands are Spigen, Elago and Casetify. Spigen’s Silicone Fit band feels the most similar to Apple’s Sport Band. The strap material is soft, comfortable and it’s a hair thinner than Apple’s watch strap. The biggest difference is that you’ll pay around $10 for one of Spigen’s bands as opposed to $50 for one of Apple’s.

Elago’s Sport Bands are made of fluoro-rubber material, so they’re a bit thicker and more substantial than Apple’s standard silicone watch band. They also have traditional buckle closures, giving them a style that better transitions from workouts to workplaces. They are a good option if you like the simplicity of Apple’s own bands but don’t want to shell out $50 for one.

Casetify occupies the opposite end of the spectrum, offering printed and customizable Apple Watch straps that truly stand out. They come in metal, leather, silicone and recycled plastic and you can get as specific as you want. There are plenty of solid colors to choose from as well as dozens of floral and animal prints. Casetify also has trendy collaborations with Disney, Netflix’s Squid Game and other pop-culture heavyweights, and even bands you can personalize with your recipient’s name or initials. While Casetify’s straps are on the expensive side, ranging from $40 to $72, it’s a price worth paying if you absolutely must have a band that fits your style to a tee. 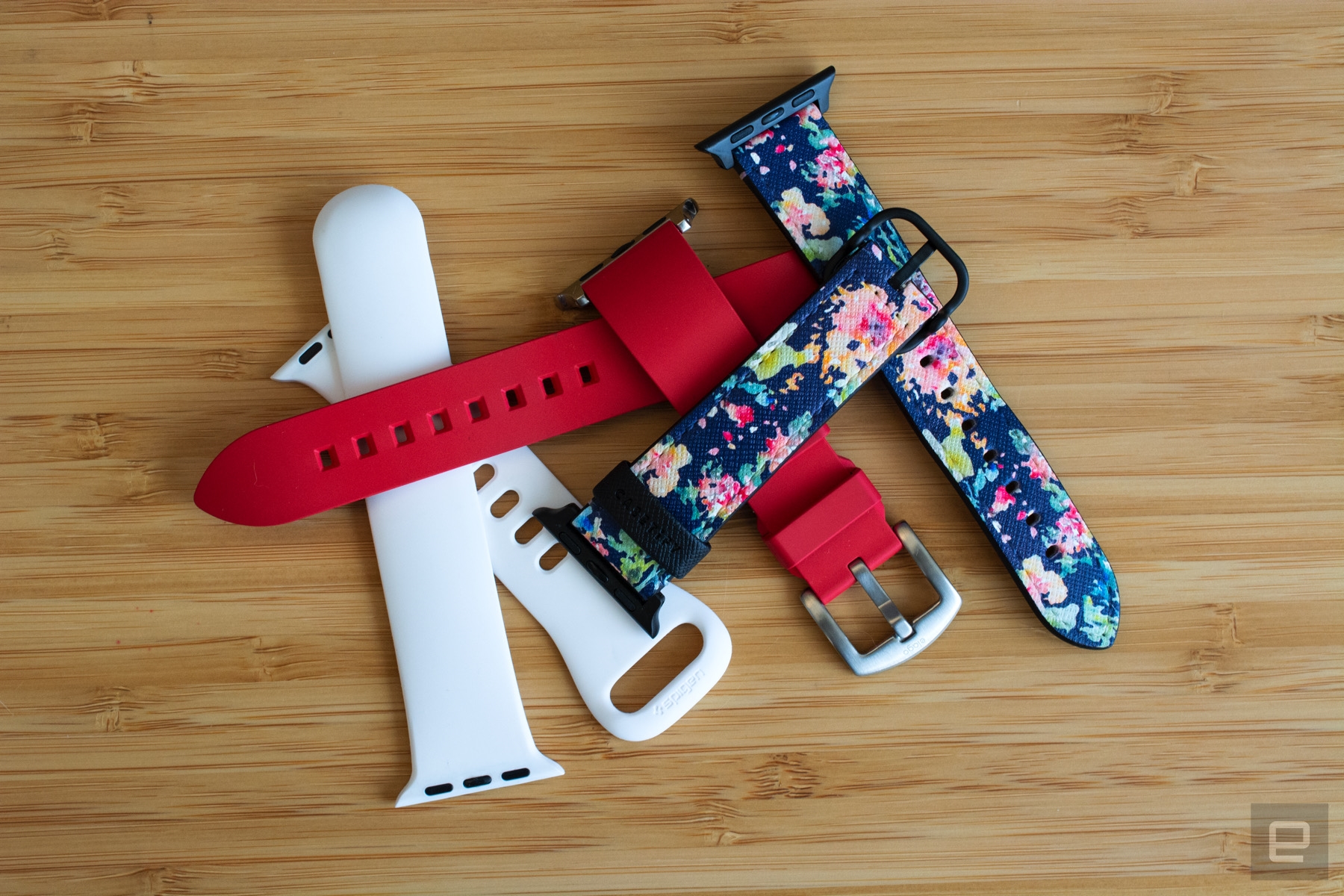 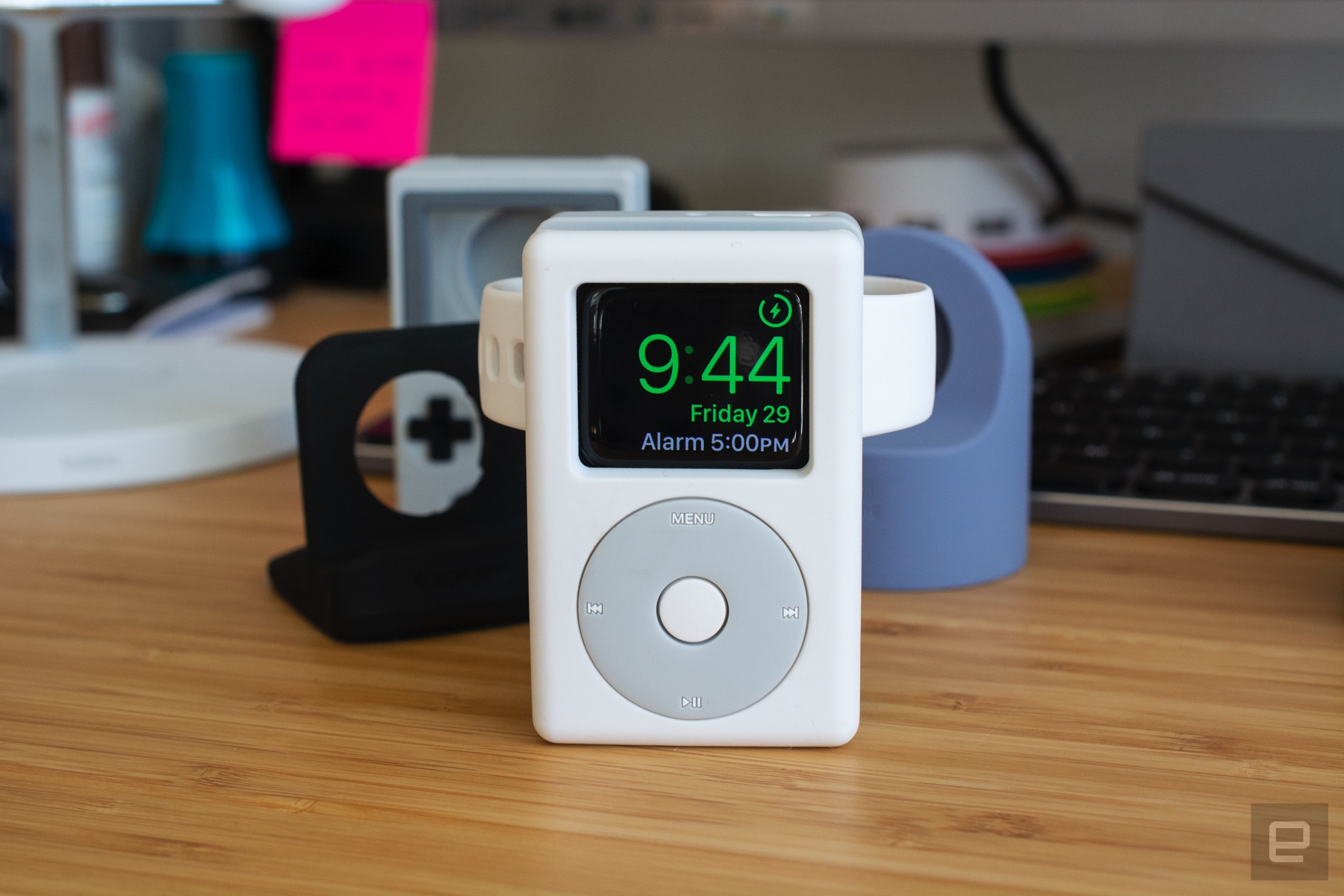 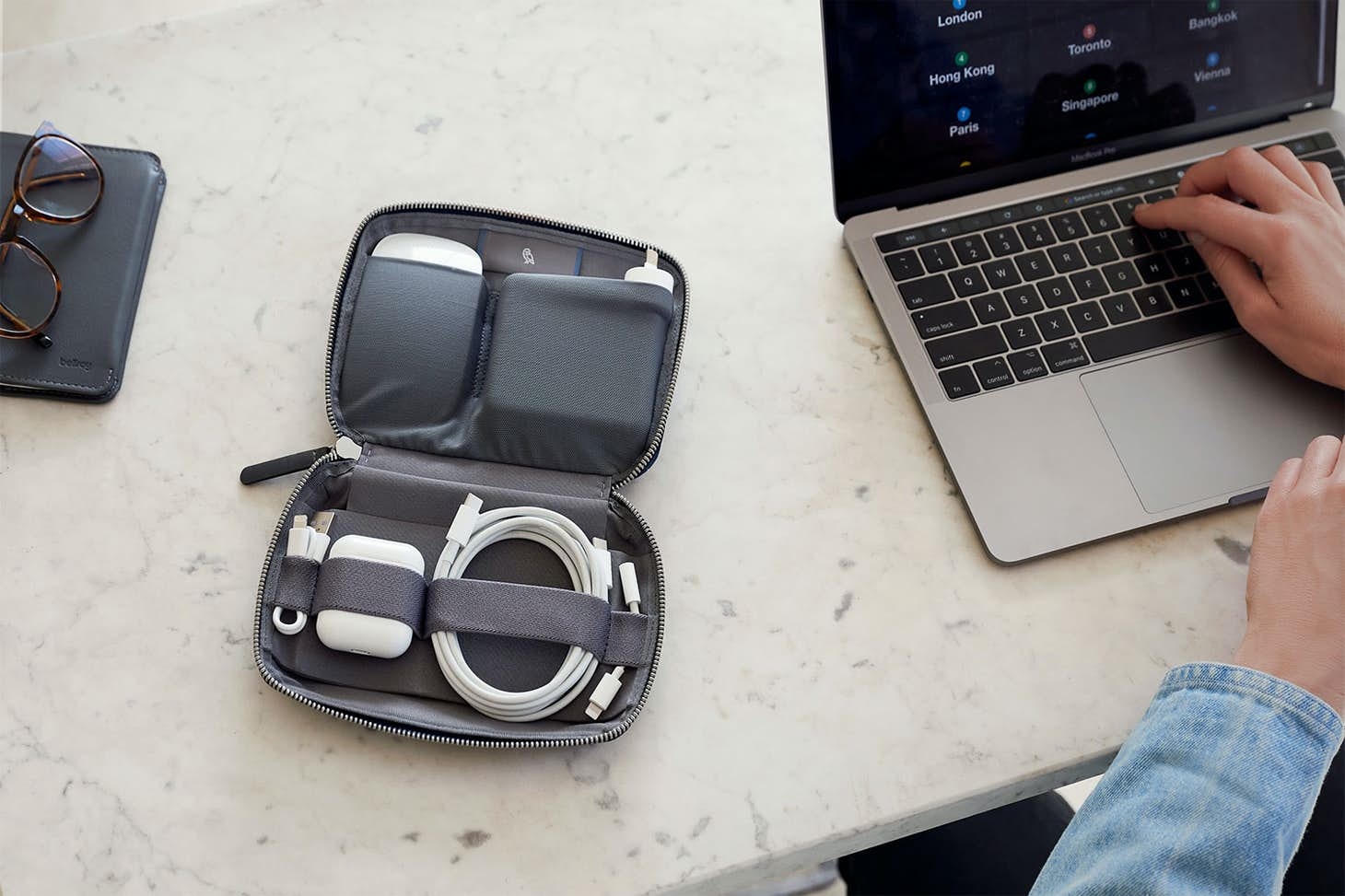 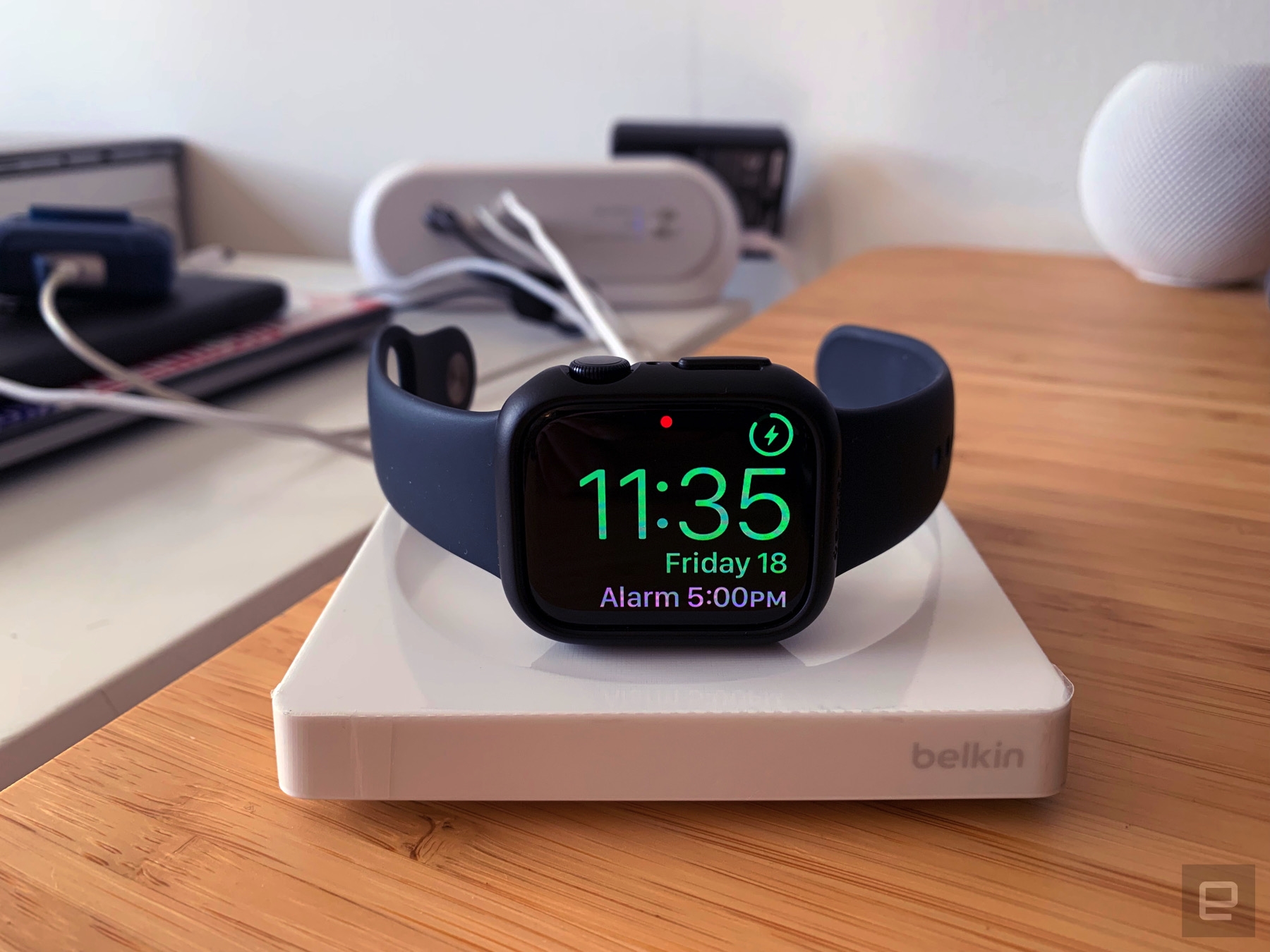 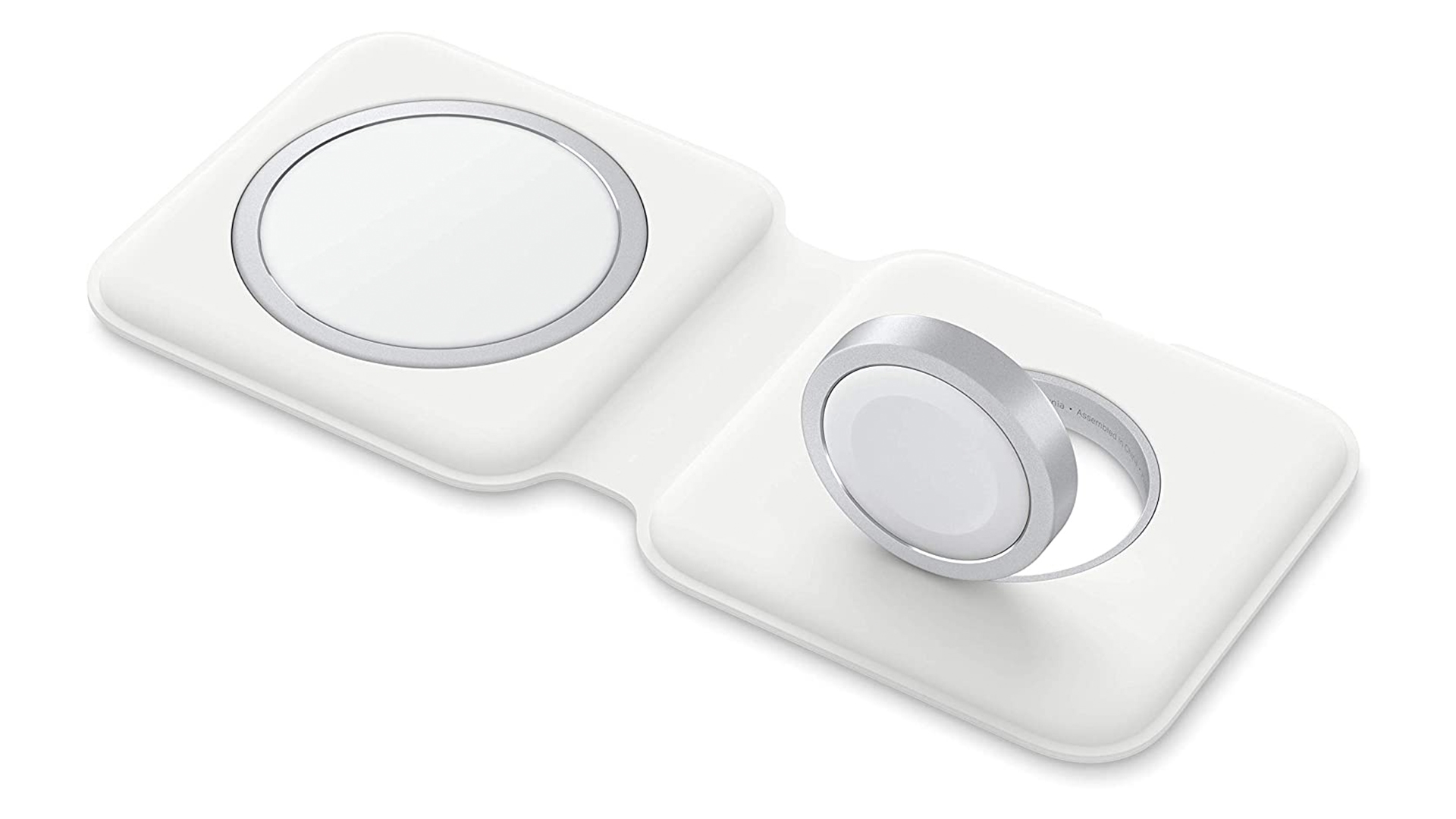 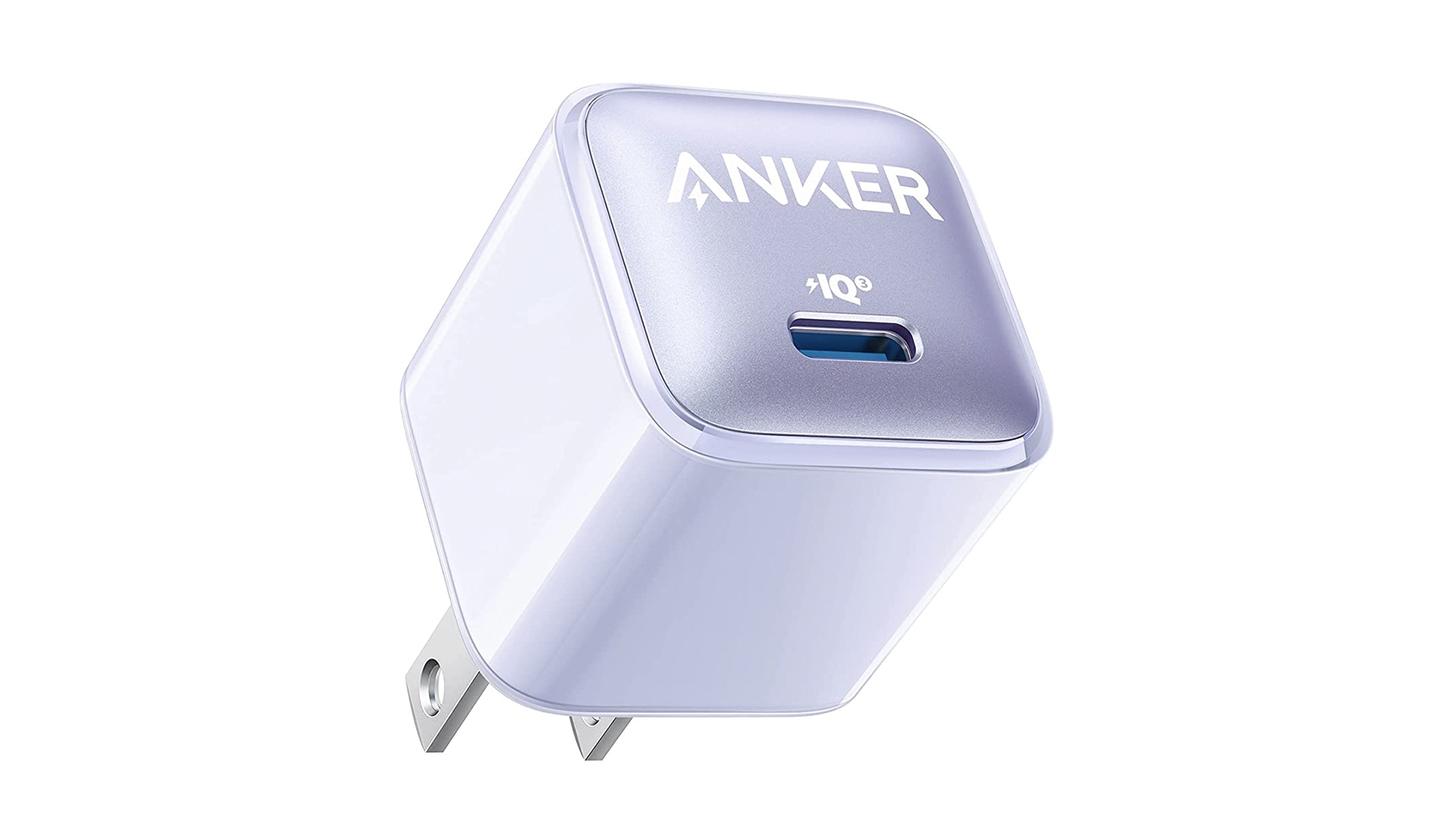 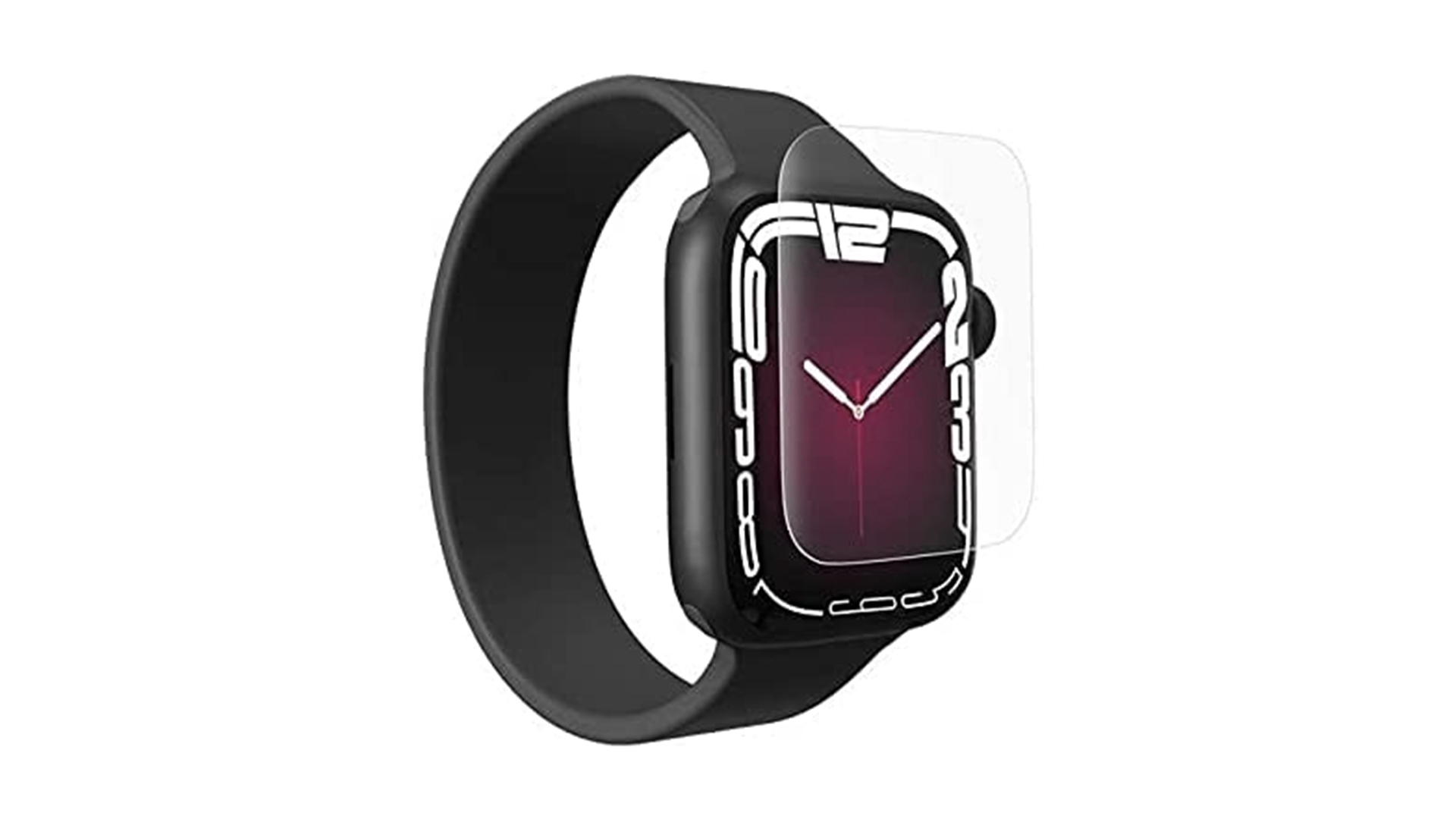 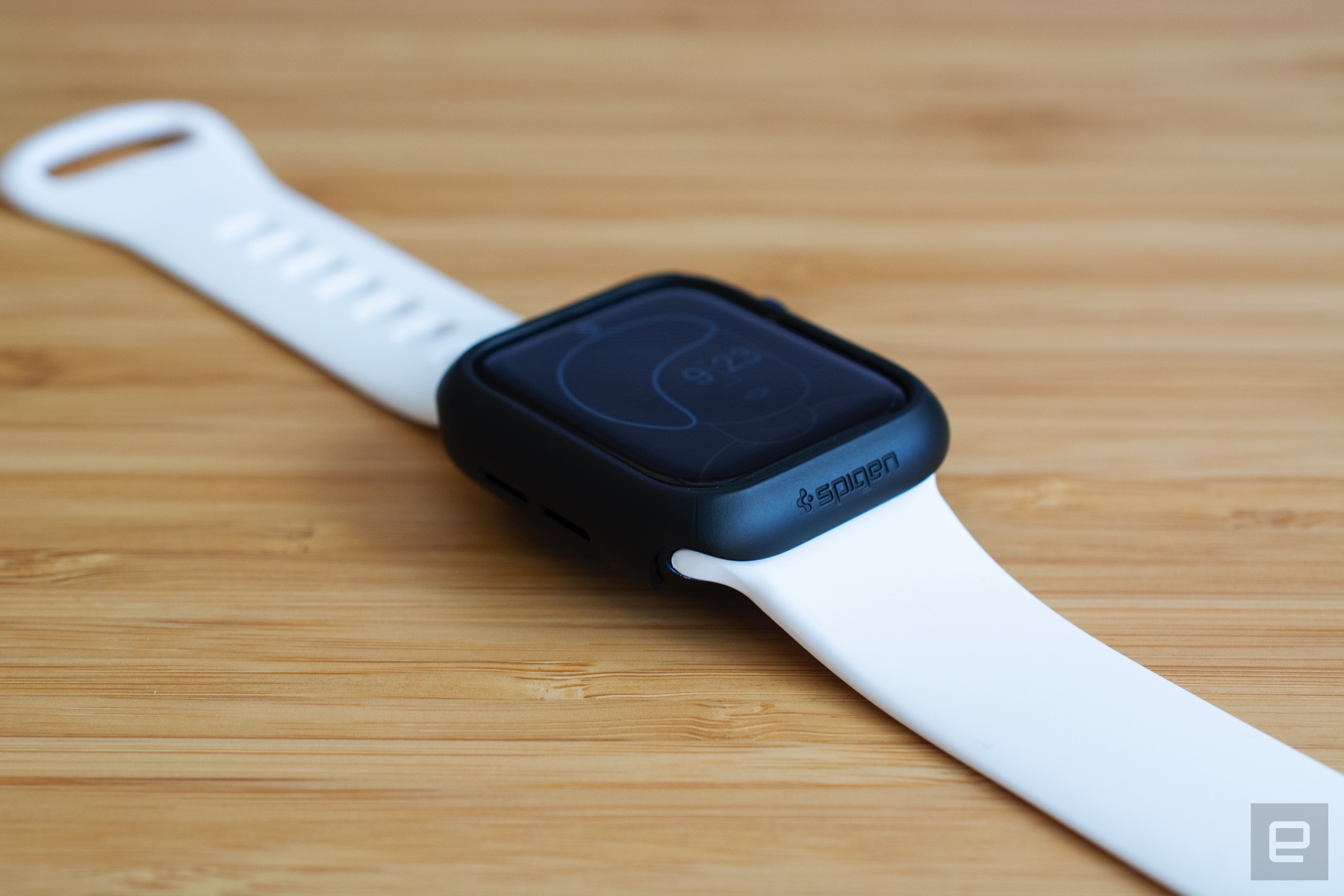