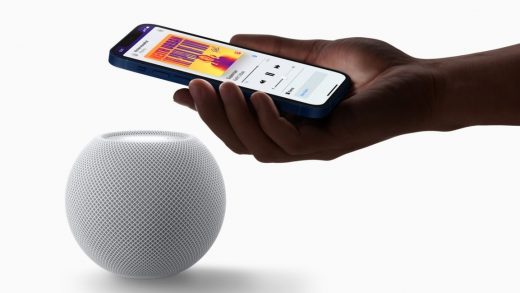 When Verizon CEO Hans Vestberg took the stage during Apple’s virtual “Hi, Speed” launch event on Tuesday, he declared that the introduction of the first 5G iPhone was a “historic moment.” People, he said, have “been waiting for 5G to get real. With the network coverage they expect, the incredible performance they have been promised, and the devices they love. Well, today, with iPhone, the wait is over. 5G just got real.”

Watching the stream at home, I was overtaken by the same instinctive skepticism I develop when anyone in the tech industry talks up 5G. Verizon, after all, has already been chastised by the Better Business Bureau for suggesting that its 5G is more real—that is, widely available—than it really is. So Vestberg’s declaration had a here-we-go-again feel to it.

And indeed, when he started to talk about the availability of Verizon’s 5G network, it involved stuff like 5G access that’s superfast but targeted to specific venues such as stadiums and airports. (Not that most of us are spending much time in either at the moment.) And cities where Verizon’s ultra-wideband 5G isn’t quite available yet. And its new support for 5G in a form that’s easier to roll out more broadly—but nowhere near as fast as ultra-wideband.

Every U.S. wireless carrier’s current 5G story is different, but in all cases, the gap between 5G hoopla and 5G reality remains cavernous. Many people who rush out to buy an iPhone 12 because it’s the first 5G iPhone may wonder what all the fuss is about.

Now, I’m not saying that you shouldn’t take 5G into account when contemplating the purchase of an iPhone 12. But it’s not a decision that is likely to deliver huge amounts of instant gratification. Instead, it’s about future-proofing your purchase so that you’re ready as 5G does start to matter.

Even if the iPhone 12 launch suffered from 5G’s hype-reality gap, it was pretty meaty for entirely different reasons. Overall, Apple seems to have done a good job of giving people new features that will deliver benefits every day, right from the start.

That begins with the fact that the iPhone 12 is meaningfully lighter, thinner, and narrower than the iPhone 11 it replaces, even though the 6.1-inch screen size is unchanged. If you want something that feels even more comfortable in your hand, the iPhone Mini is the same phone in a 5.4-inch size, with further reductions in weight and dimensions. The Mini isn’t the first iPhone that caters to those who like a more petite phone—just last April, the company released the second-generation iPhone SE—but it’s the first smallish iPhone that’s based on the newest technology rather than repackaging a previous design at a lower price.

The one part of a traditional Apple event that the company couldn’t replicate virtually was the demo area that lets attendees see, touch, and try new products. For people who might have been able to attend in person in normal times (cough cough), that was a real loss, since it’s tough to judge the iPhone 12 and 12 Mini’s downsized form factors without holding them. This might also be an issue once the phones go on sale, if the pandemic prevents consumers from getting hands-on time before making a purchasing decision.

Apple also devoted a larger-than-usual portion of its presentation to the new glass it’s using on its new phones—a collaboration with glass kingpin Corning called Ceramic Shield. It says that Ceramic Shield is the toughest glass available on any smartphone and four times more resistant to breakage upon impact. Along with longer battery life, a more durable design may be one of only two smartphone features with absolutely universal appeal.

I am a tad cautious about getting overexcited about Ceramic Shield, though. With last year’s iPhone 11, Apple also claimed that it was offering the industry’s toughest glass. And maybe it did: My iPhone 11 Pro has flown off my bicycle handlebar mount twice, skipped along the pavement, and survived. But I have found that its screen is far more prone to developing light scratches than those of other phones I have owned. There are enough reports from other people reporting the same problem that it’s clear that it’s . . . well, a problem. It’s not a huge one: With the screen turned on, the scratches are close to invisible. But I hope that Ceramic Shield is way more scratch-resistant.

There could eventually be hundreds of MagSafe cases, chargers, and other products.

Then there’s MagSafe, Apple’s new magnetic system for securing cases, wallets, and wireless chargers to the new iPhones. My colleague Mark Wilson is disappointed by it, in part because the new MagSafe doesn’t have that much in common with the much-missed version of MagSafe that was once a signature MacBook feature. Me, I’m intrigued. The new MagSafe looks a lot like a built-in version of MagBak, a third-party invention that has made my life as an iPhone and Android phone user measurably better.

The biggest difference: MagBak involves phone cases with embedded magnets, and attachable magnets for phones that don’t have their own MagBak case. MagSafe puts the magnets inside the iPhone. The magnets should help overcome the biggest annoyance with Qi wireless charging in its standard form, which is that you’ve got to plop a phone precisely on a charging pad and then verify it’s really charging. And Apple is inviting other companies to make MagSafe-compatible accessories, which means there could eventually be hundreds of cases, chargers, and other products.

No, the new MagSafe isn’t the same thing as the original MacBook version—but if it’s anywhere near as nice as MagBak, I think a lot of people will love it once they’ve tried it.

Which iPhone do you want?

As with every iPhone launch, a large chunk of this week’s event was devoted to Apple’s latest processor—in this case, the A14 Bionic—and a bunch of camera-related improvements. The A14 is in all four new iPhones: the 12 Mini, 12, 12 Pro, and 12 Pro Max. But the cameras vary.

And this year, the cameras make the decision matrix a bit more complicated. The iPhone 12 Mini and 12 have the same two rear cameras: wide and ultra-wide. The iPhone 12 Pro has three rear cameras—wide, ultra-wide, and telephoto—plus lidar, a technology that helps with both photography and augmented reality. The iPhone 12 Pro Max also has wide, ultra-wide, and telephoto lenses plus lidar. But it has a larger sensor, 5X optical zoom range compared to the 12 Pro’s 4X, and “sensor shift” image stabilization, which precisely moves the sensor rather than the lens.

This doesn’t seem to be a case of Apple withholding its best technology from the 12 Pro as an inducement for people to upgrade to the 12 Pro Max. Instead, Apple took advantage of the 12 Pro Max’s larger case to cram in more camera technology.

Last year’s iPhone 11 Pro and 11 Pro Max had the same camera systems, which meant that deciding between them was strictly about screen size (and the $1o0 difference in price). But the 6.7-inch iPhone 12 Pro Max has both Apple’s largest screen and its most advanced cameras. Anyone who gravitates to the iPhone 12 Pro’s 6.1-inch screen—like, for instance, me—will have to decide whether it’s worth settling for a slightly less deluxe camera setup. Or maybe such people will end up postponing the decision in hopes that some of the iPhone 12 Pro Max’s camera tech will come to a smaller iPhone in 2021 or beyond.

A HomePod for the masses

Lastly, there’s the HomePod Mini—or maybe I should say “firstly,” since it was the first product Apple unveiled during its event. At first blush, it’s an easy product to understand—just a much cheaper, smaller version of the original HomePod, which was announced in 2017, shipped in 2018, and now costs $299.

But even if there’s nothing remarkable about the HomePod Mini from a technology standpoint, it could be a meaningful product. With the first HomePod, which emphasized audio quality, Apple opted out of direct competition with Amazon’s Echo and Google’s Home—smart speakers that cost a lot less and were available in a variety of versions. The price and positioning assured that the first HomePod wouldn’t sit anywhere near the center of Apple’s fortunes as a company.

At $99, however, the HomePod Mini is an impulse purchase for Apple fans. It’s cheap enough that you might grab one even if you already own another smart speaker. And with the new Intercom voice-announcement feature, Apple is even encouraging folks to pick up multiple Minis and disperse them throughout the home.

The smart speaker and voice assistant wars have been raging for years, and Apple has plenty of catch-up to do. This week’s HomePod Mini presentation pointed out a variety of tasks that Siri can do, from answering questions to rattling off calendar appointments to locking doors. I got the sense that Apple was tacitly acknowledging a widespread impression that Siri has been a laggard, even though it never mentioned Amazon’s Alexa or the Google Assistant by name.

The HomePod Mini won’t erase Siri’s competitive challenges overnight. But it does stand a chance of being a hit in a way that the first HomePod could never have been. The more Minis Apple sells, the more incentive it has to invest in Siri—particularly the sort of home-automation features that matter more on a speaker than a smartphone. The better Siri gets, the more reason you’d have to buy a HomePod Mini. Or maybe even additional HomePods still to come, such as one with a screen.

With all due respect to Hans Vestberg, there was nothing remotely “historic” about this week’s launch event. But the arrival of the HomePod Mini could mark an inflection point for the whole Apple ecosystem—and that might wind up being at least as important a moment as the debut of the first 5G iPhone. 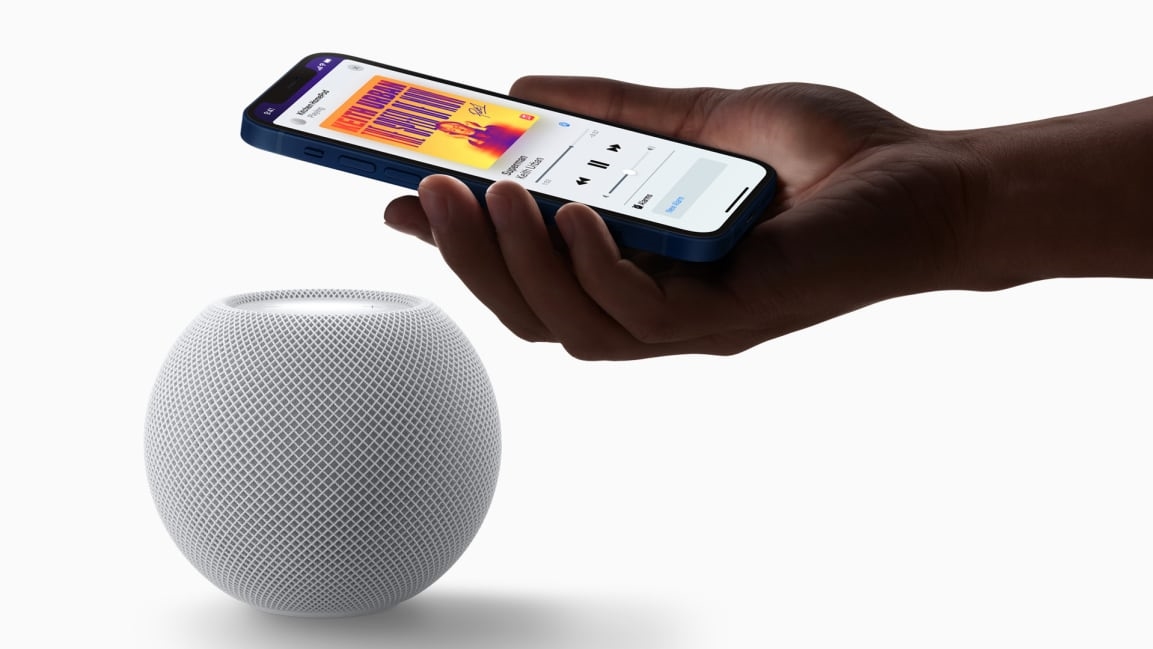