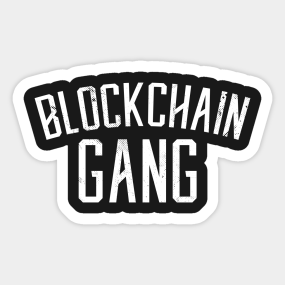 Blockchain might seem like the sort of faux-fabulous technology that will go down in history with Segway and MapQuest.

But it’s technically elegant.  By offering a robust solution to a fundamental problem, it’s comparable to, say, TCP, which is a software workhorse in virtually all data communications. It may become a must-do layer of data security just as TCP is a layer of transmission control in the IP stack.

For sure, it is new, fun and brilliant. It’s a distinctive brand that holds the promise of fending off bad guys so the good guys win! What’s not to like?

1. It’s very resource-intensive. That’s manageable for cryptocurrency, but it’s a deal breaker in the context of real-time advertising. With RTB, the average transaction is worth, oh, say, 1/10th of a penny. Per the site Money and State,  the true cost of a bitcoin transaction is about a dollar. So, for that application, the transaction costs 1,000 times more than the value of the goods being transacted. The New York Stock Exchange, by contrast, charges $0.00275 per transaction. There are people who say they will fix this. I wish them well.

2. It’s opaque by design. All the distributed blocks, nodes, and encryption keys make it almost impossible to break. By proxy, that also makes it tough to fix or trace.

3. We must assume it’s already corrupt. If I were writing a blockchain system, I would absolutely create a back door, and sell the key for a billion dollars (the next “Mission: Impossible” plot?). You say, prove it’s corrupt? The onus is not on me. Prove it’s not.

Certainly, by creating ad units that hijack my computer without my permission to process blockchain transactions, the miners have tipped their hand. They are willing to steal from you so they can process bitcoin less expensively.

4. It may not actually improve security.  This is because people, not computers, are the thieves. Even now, one hedge fund is suggesting artificial transactions are propping up bitcoin prices. That is a form of theft, since it is market manipulation.  In this article, a cryptocurrency exchange is documented as emptying out people’s bank accounts. A human told it to do that, we assume.

Following is an excerpt from a site that offers training in blockchain: “In 2017 there are only two ways bitcoin is being used at any real scale: 1) to help people hide their money from governments (mainly in China, where the government at all levels is more corrupt and capricious than anything we’re used to in the West), and 2) to buy drugs over the internet.

If anyone could do these things without a complex, unfamiliar, risky system like bitcoin, they totally would. There are just few good alternatives.”

As if on cue, last week, an “organized” group of thieves stole millions of dollars’ worth of servers from an Icelandic bitcoin mining operation, as documented on Ars Technica. These thieves, in theory, will be able to print untraceable money.

The Onion-worthy coup de grace? The police are so helpless to locate the servers, they’re trying to discover them by looking at spikes in grid power usage! (See “Resource-Intensive” above). The silicon bagman just got snuffed.

Notwithstanding all that, the idea of a secure, distributed ledger fits advertising’s transparency imperative nicely, but it’s not a magic bullet.

We in online advertising are confronted with perverse incentives, lack of a coherent identity systems (bots can live in my refrigerator!), fluid crossing of international borders by thieves, fake news, massive fraud, draconian yet pointless regulation — and still no objective measurements to quantify the core value of what we sell: attention to a message from a defined audience.

So, a distributed ledger is going to fix all that?

Anyone suggesting blockchain will solve the ad industry’s problems is promulgating a false sense of security.

It’s a flu shot for an immuno-compromised patient. Can it solve a few important problems? Yes, but please let’s start by getting the technology out of the marketing brochure. Blockchain is not a feature, not a benefit, and only maybe a reason to believe.

By the way, this article was transmitted to you using TCPIP.  Do you like it more now?