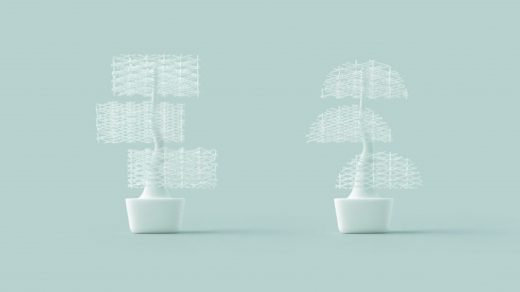 The bonsai tree gets a high-tech, user-friendly redesign

Japanese botanical culture stretches back thousands of years. The principles central to the country’s art forms are influenced by Zen Buddhism and the expression of Wabi-sabi, or a worldview focused on the acceptance of imperfection. A new project from Tokyo-based design firm Nendo celebrates the rich tradition of bonsai, a Japanese art form that uses refined cultivation techniques to create miniature plants that mirror their full-size counterparts in both shape and proportion.

These highly designed landscapes are housed in shallow trays and usually adorned with natural stones and moss to further emulate larger gardens. Bonsai artists prune and train their small plants—which can be anything from bald cypress to juniper trees—with the help of specific bonsai scissors and years of expertise.

Nendo’s puzzle-like object is an interactive solution to the question of how to simplify this form of artistic horticulture. These minitrees are made of 3D-printed, mesh-like material as opposed to being actual plants, so they don’t rely on the same type of attention natural bonsai trees do. Grid-bonsai can similarly be trimmed with traditional bonsai scissors, so the seven grid options—modeled after the most popular, real-life bonsai tree species—can be customized into various smooth, rounded forms.

Grid-bonsai has also been created with an international consumer in mind; thanks to agricultural import restrictions, coupled with the traditional knowledge necessary to properly design bonsai environments, the microforests are difficult to find outside of Japan. This version allows for bonsai to be shipped worldwide, without the cloud of import and maintenance restrictions hanging over them. Nendo’s user-friendly alternative to the traditional botanical art form promises to share the beauty of bonsai with a broader audience. 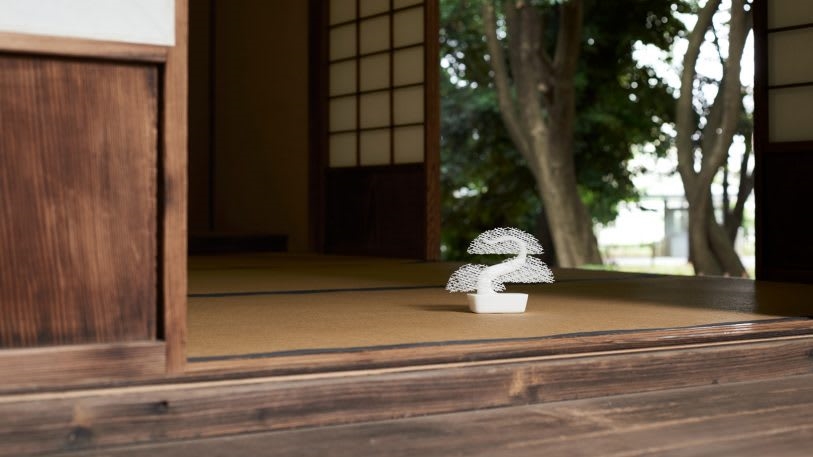 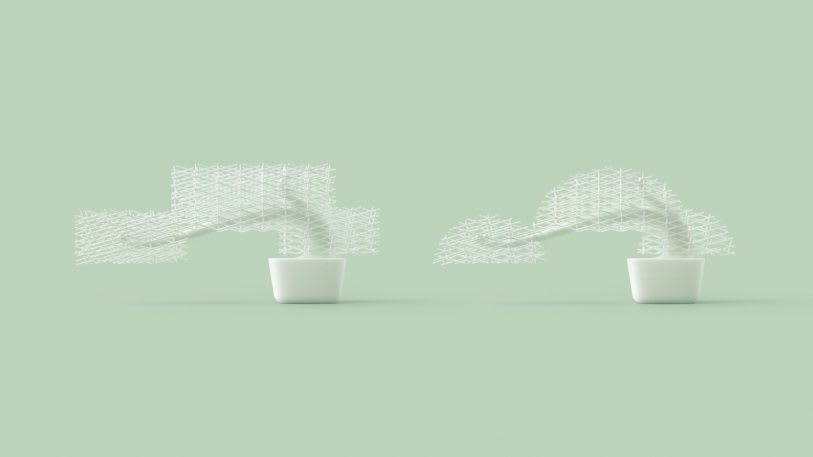 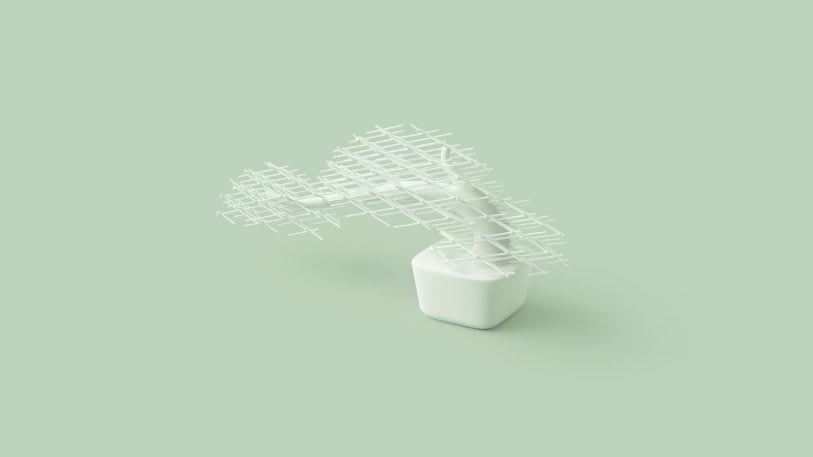 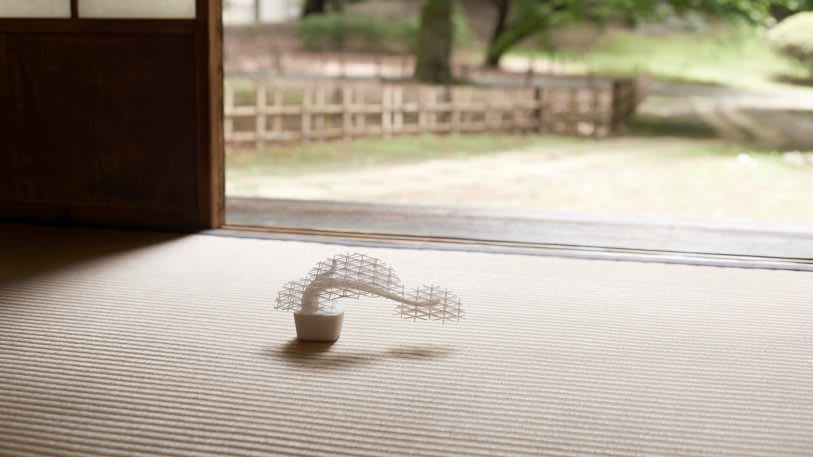 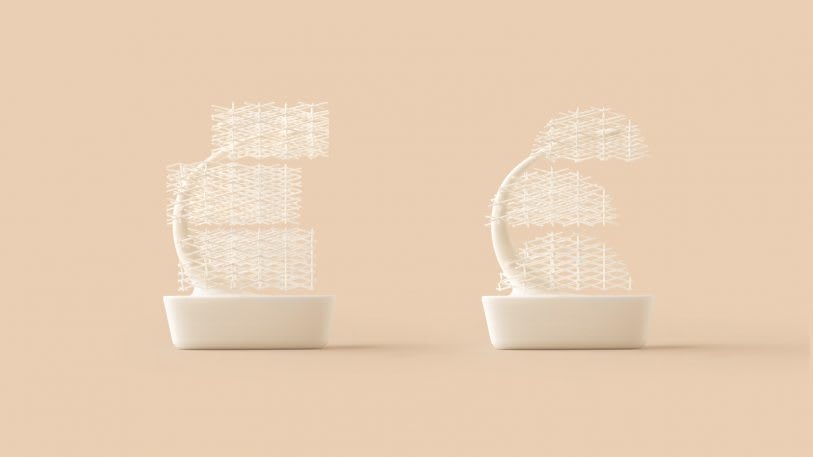 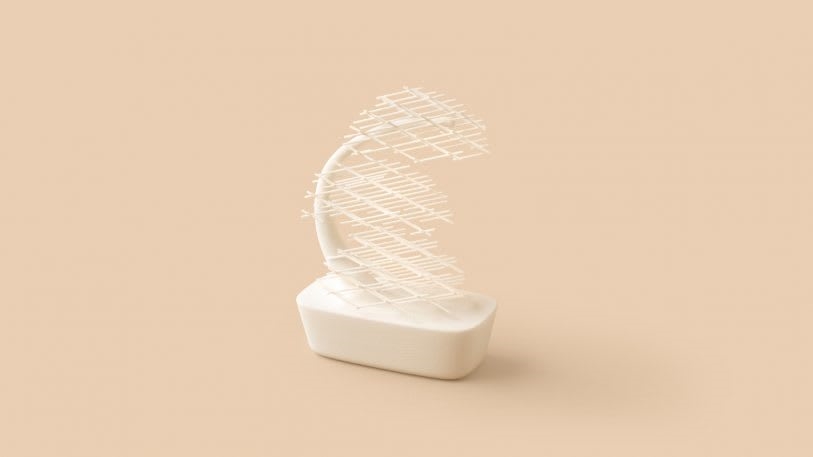 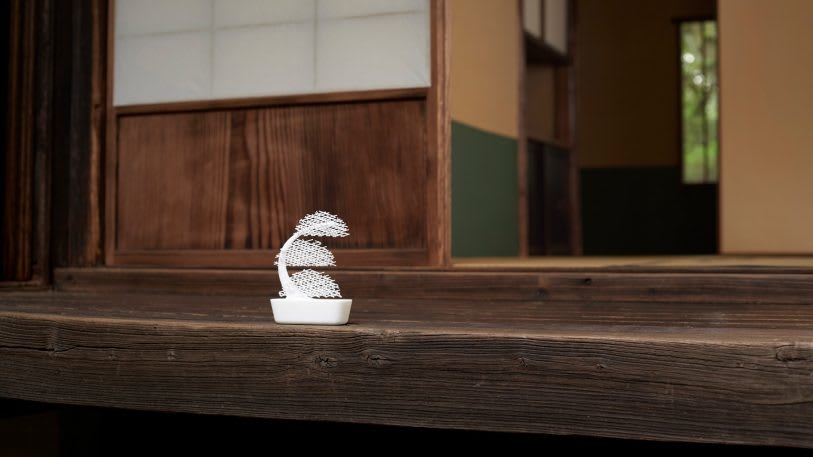 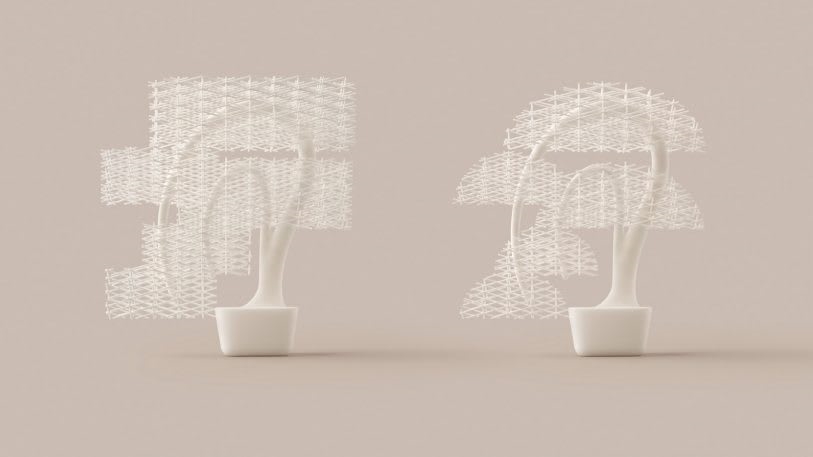 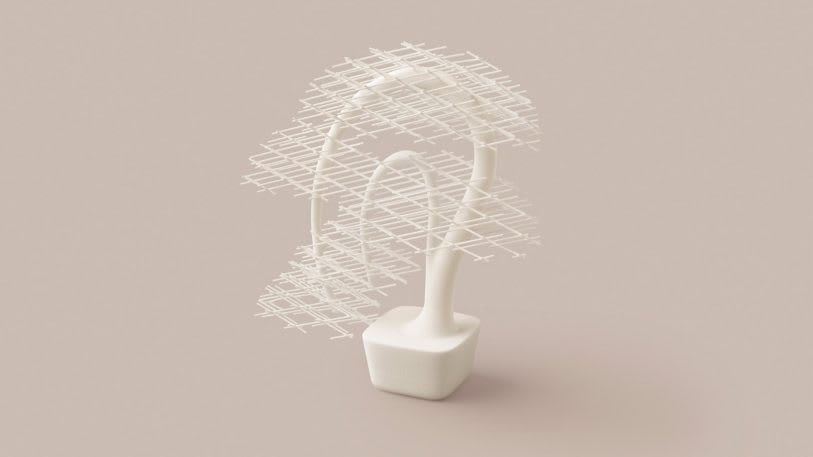 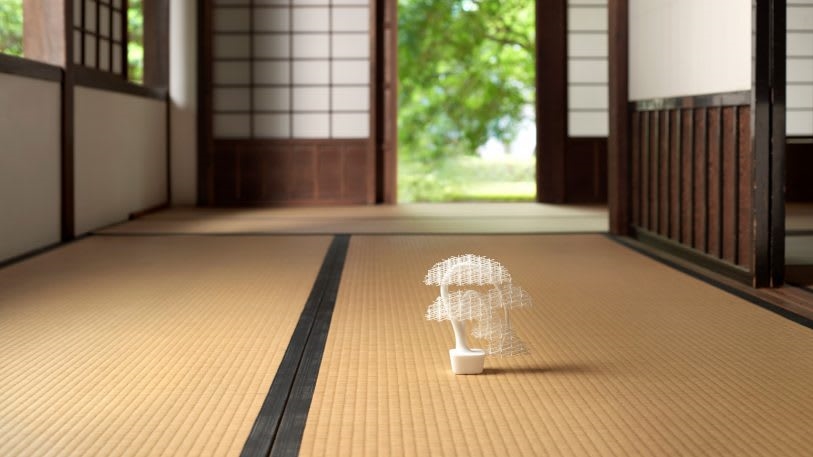 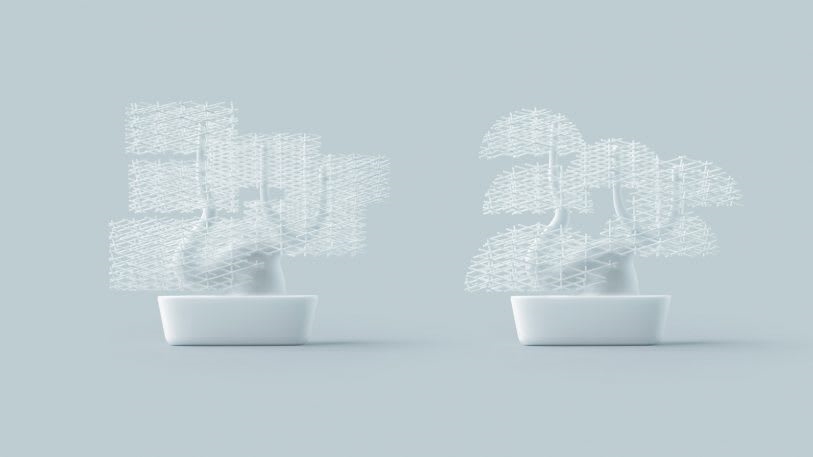 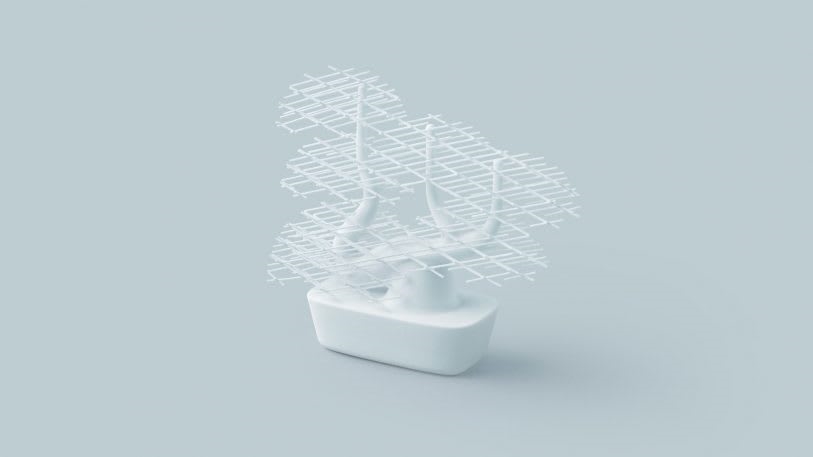 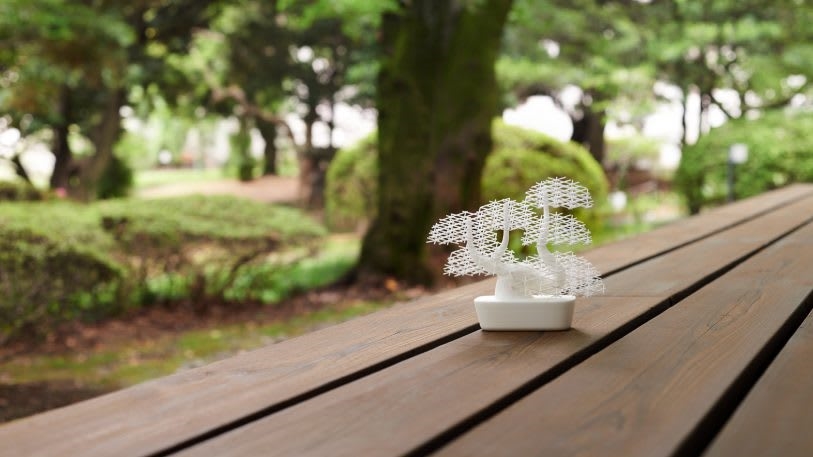 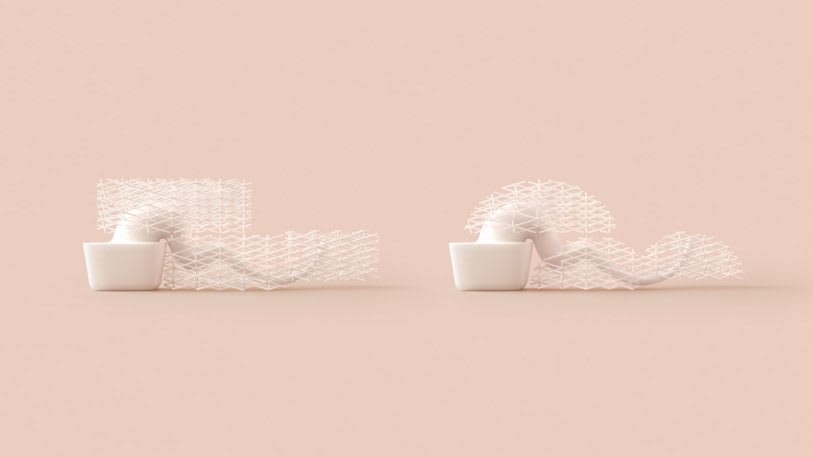 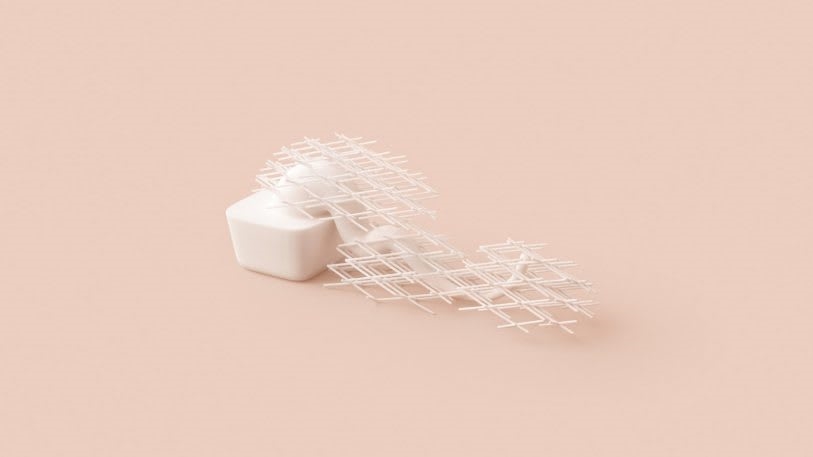 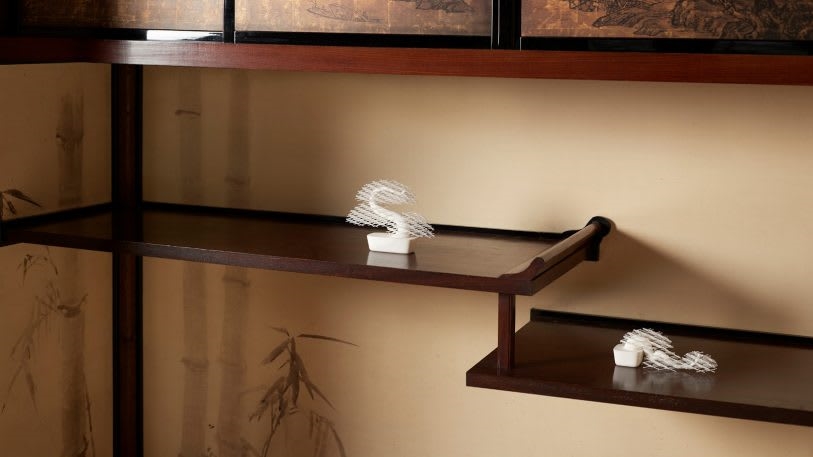 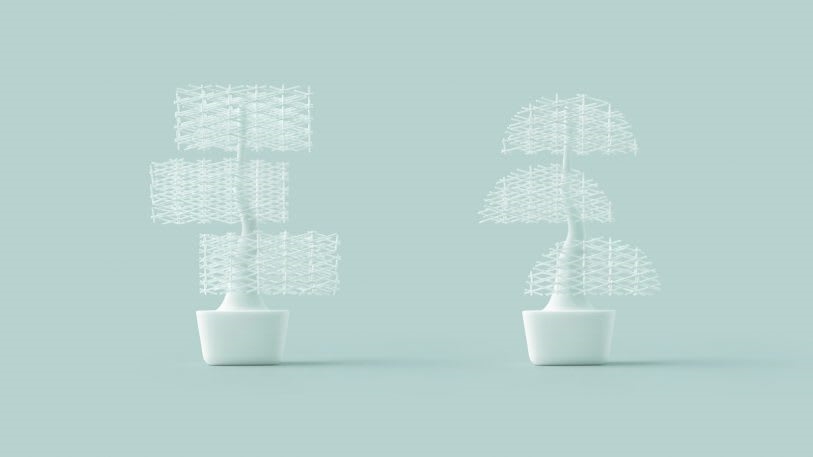 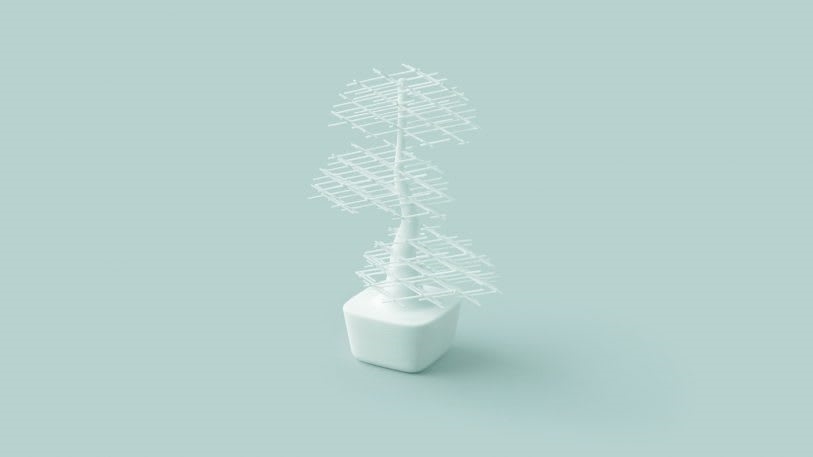 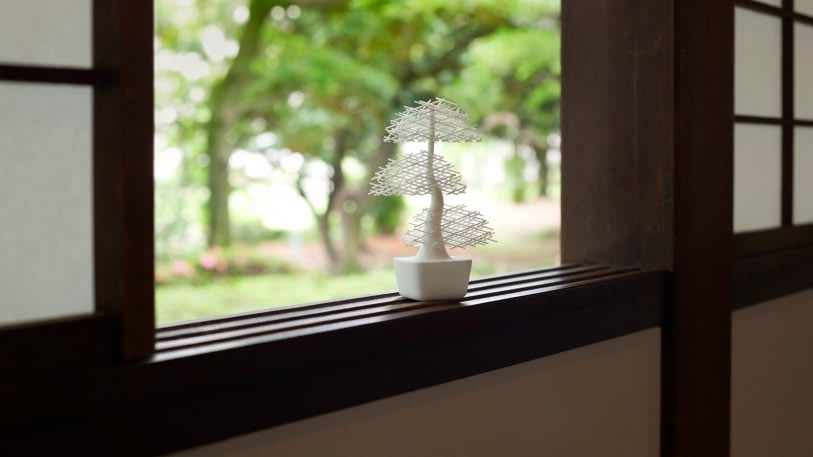