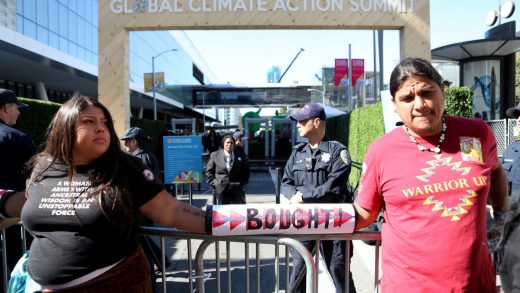 Amid the swell of protesters demanding that California put an end to oil, and a police force growing irritated with their monotonous chanting (“I’m going to be singing that one in my sleep,” quipped one officer), the Global Climate Action Summit kicked off last week in San Francisco. The international gathering of climate activists, elected officials, and corporate leaders had come to the city’s George Moscone Center committed to holding the United States to the terms of the 2015 Paris Climate Agreement, Trump and his administration be damned.

Much of the summit was simple corporate and government backslapping — noble but too easily mocked. What does it matter if General Electric presents its climate ideals when the company refuses to back down on plans for a new coal plant in Kenya? Starbucks might have banned plastic straws, but emissions still accumulate in the long lines at its many drive-throughs. And McDonald’s…really?

For protesters outside the fences, maintaining global temperature below the point-of-no-return threshold means that, in some cases, entire industries have to be shut down. “We have to keep 80 percent of the fossil-fuel reserves that we know about underground,” the noted author and climate warrior Bill McKibben has written. “If we don’t—if we dig up the coal and oil and gas and burn them—we will overwhelm the planet’s physical systems, heating the Earth far past the red lines drawn by scientists and governments.”

The problem with that strategy is that with those industries, oil and coal, come many thousands of well-paying, often union jobs. “Climate strategies that leave coal miners’ pension funds bankrupt, power plant workers unemployed, construction workers making less than they do now,” said AFL-CIO President Richard Trumka in a speech on opening day, “fundamentally undermine the power of the political coalition needed to address the climate crisis.” The issue of the climate versus jobs will be used by the foes of both labor and clean energy to divide the country, Trumka noted. It already has.

In the near term, if oil extraction were to suddenly come to an end in California, 30,000 people would lose their livelihoods, and thousands more will be out of work in places where industries depend on California oil. In the long term, jobs wouldn’t be available to a new generation full of people like Theodore Hunt, a 28-year-old mechanic who services San Francisco’s network of electric bikes. Hunt told me he can earn as much as $800 on a busy week and, if he meshes his maintenance duties with a food-delivery service, like Uber Eats, he might make $1,200 in a week. That’s a decent living wage almost anywhere besides San Francisco, where he can’t afford to live.

But the big weeks are rare, and if Hunt gets sick, or injured, or takes a mental-health break, he doesn’t get paid at all. He belongs to the 8.5 percent of California workers whom the University of California, Berkeley Labor Center calls the “unincorporated self-employed.” He gets paid when he delivers a meal or services a bike. He does not get paid when he stops to eat lunch. If he wants health insurance, he must buy it himself.

Hunt likes his job: The hours vary, he gets to be outside, he interacts with people. Like so many other “green” jobs, Hunt’s is many times more pleasant and safer than mining coal, or working on an oil rig. But it’s not a steady living on which to buy a house or support a family.

Nor is installing solar panels on rooftops, a job that generally pays $14 to $20 and hour, rarely with benefits. Trumka told the summit that 4,000 megawatts of solar had been installed in the San Joaquin Valley over the last two decades. “Fifteen million job-hours of union work, at union wages and with union benefits, made that possible,” he said. But once those plants are built, it takes only a few people to keep them operating, and no one has to mine the fuel. The same math applies to wind farms: Once the turbines are up, most of the work is done.

Bringing the labor movement to the climate fight

Paul Getsos, national director of the People’s Climate Movement, has spent more than a decade thinking through what it means to bring the labor movement into the climate fight by way of a just transition for workers. He organized in disadvantaged communities around the Obama administration’s stimulus package. Later, he assessed green jobs for the Center for Community Change, and found that “the promise of ‘green jobs’ wasn’t fulfilled for a lot of communities. There’s a very narrow view of what a ‘green job’ is.” The solution to the worker-transition conundrum for a 100 percent clean energy economy is to expand that definition. “Manufacturing electric cars is a ‘green job,’ said Getsos. “Rebuilding infrastructure in North Carolina to keep people safe from coal ash — that’s a ‘green job.’”

Retrofitting homes and business to use less energy is also a green job — and one of the best, according to Getsos: “[Energy efficiency] is one of the areas where there is access to new jobs that don’t require higher education.” It’s also ripe for job growth. In New York City, a mandate to retrofit the city’s buildings — which account for two-thirds of the city’s greenhouse gas emissions — will yield 17,000 jobs between now and 2030.

Energy efficiency isn’t a big field in some of the smaller towns where dirty fossil-fuel plants exist. In Centralia, Washington, where a coal plant employing 300 workers making $80,000 a year will begin shutting down in 2020, environmentalists and labor negotiated an agreement with the city and the plant operator, TransAlta, to invest $55 million in worker retraining and community development in exchange for an expedited permit to build a natural gas plant on the same site. (Natural gas isn’t perfect, but for the climate it’s better than coal.)

Legislators could also intervene with laws granting benefits and collective bargaining rights to people like Theodore Hunt. As smart technology expands further into transportation and utilities, some necessary jobs will become more fluid for employers and less rewarding for workers. California Assemblymember Lorena Gonzalez Fletcher has introduced two bills over the past few years to give contract employees workers’ compensation benefits and the right to form and join unions, and Assemblymember Evan Low last session brought up a bill that would guarantee contract workers portable benefits. None have yet made it to the governor’s desk.

Those principles might be as consequential to the clean-energy economy as are the protesters’ demands. 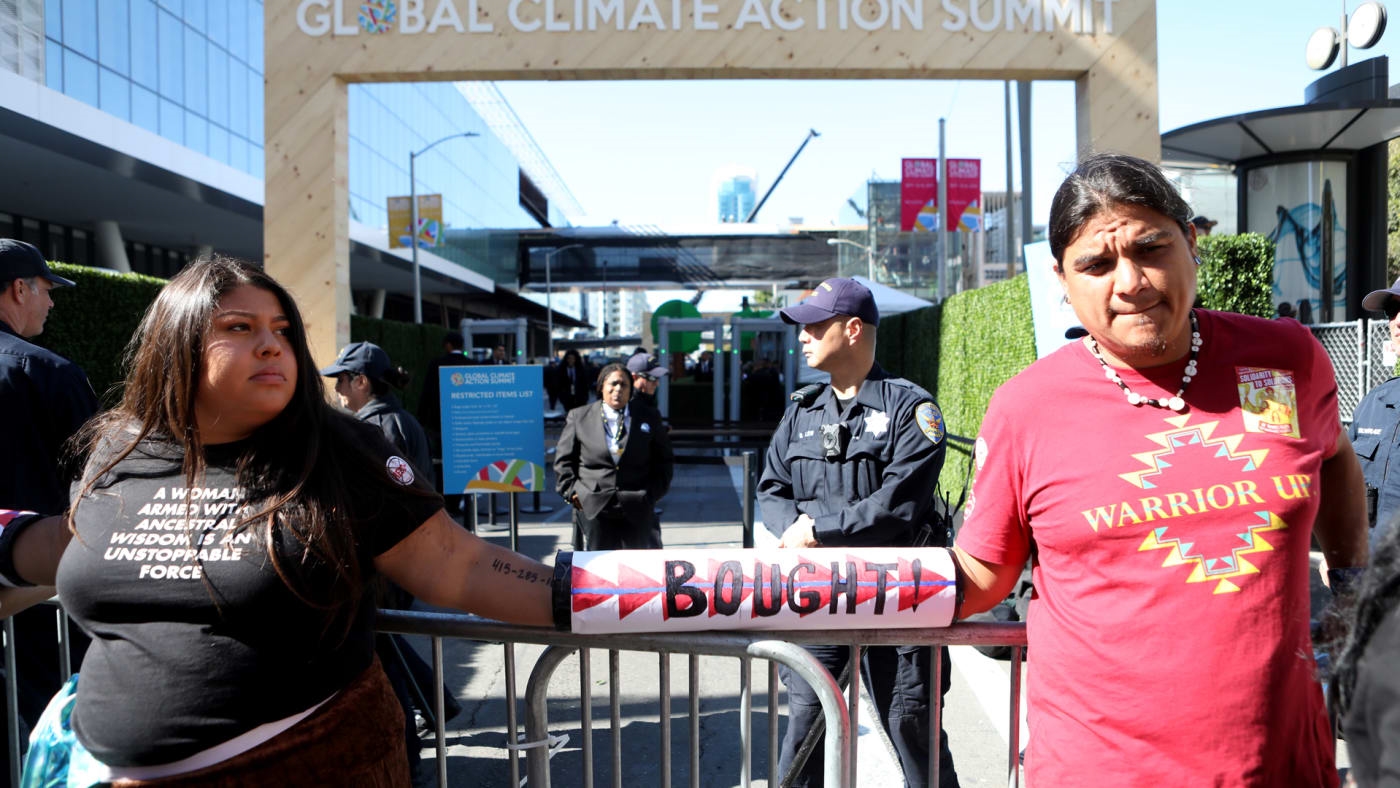