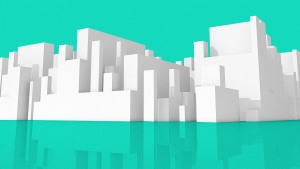 The Country’s Mayors Commit Their Cities To 100% Renewable Power

Donald Trump’s decision to leave the Paris Climate Agreement continues to galvanize states and cities to take climate action for themselves. Earlier this month, hundreds of governors and mayors signed on to pledges to keep cutting carbon emissions, as if the United States was still part of the international consensus on global warming. And, this week, many mayors made a more specific commitment: to fulfill all their cities’ energy needs from renewable sources.

At a meeting of the United States Conference of Mayors in Miami–which represents 1,481 cities–mayors of both parties agreed to a broad “community-wide target of powering their communities with 100% clean, renewable energy by 2035,” though this doesn’t include specific commitments to hit the goal.  At the same time, 100 cities went a tiny bit further by endorsing a separate “Mayors for 100% Clean Energy” pledge, which says the transition “is good for my community” and strengthens the economy (again without formally committing to action). They all join the 36 cities that have made full, actionable commitments. This last group is already working with utilities and other stakeholders to derive all city-wide power from solar, wind and other non-fossil fuel resources and generally have earlier completion dates than 2035.

“I think that Trump accelerated a wave of leadership that was already happening, but that is now happening with greatly increased speed and intensity,” says Jodie Van Horn, director of the Sierra Club’s Ready for 100 campaign, which encourages cities to turn to clean power. “Mayors know they need to fill the void and be at the leading edge of progress on climate and clean energy.”

The Sierra Club estimates that if all 1,481 cities got their power from renewables, it would equate to bigger emissions cuts than the Paris Agreement outlined for the entire U.S. The cities account for about 42% of U.S. power demand, and the potential reductions could amount to all the electricity-related carbon emissions of Texas, Pennsylvania, Indiana, Florida, and Ohio combined.

The vanguard 36 cities include big Democrat-run places like San Jose, California, which has a target date of 2022, and much smaller Republican-run cities like Georgetown, Texas, and Abita Springs, Louisiana (home of the famous brewing company). The 100-city “Mayors For 100% Clean Energy” group comes from across the country, from Pittsburgh to Emeryville, California.

Not all the mayors are climate fanatics. Dale Ross, Georgetown’s mayor, says his decision was purely economic, not because of climate reasons. “It’s a great economic development tool because there’s a lot of high-quality companies in this country that have robust green energy policies. Wal-Mart is one of them,” he told NPR in March.

Pueblo, Colorado (population: 108,000) which is part of the 36 city group, wants to reduce prices for its residents who currently pay some of the highest prices in the state. Its investor-owned utility, Black Hills Energy, is accused of passing on the costs of a new gas-fired power plant, cutting off many low-income residents who are behind on their bills, and charging reconnection fees of $400 a time.

“The campaign to move to 100% renewables in Pueblo was not driven by climate change,” Van Horn says. “It was driven by a necessity to deliver cheaper and affordable energy to the people and long-standing crisis that they had experienced because of the practices of their investor-owned utility.”

The level of commitment and actual leverage over electricity sources varies widely. Some cities issue fixed-term franchises to utilities, so when they renew those agreements they can call for more action on renewables. Salt Lake City, part of the 36 city group, did just that with Rocky Mountain Power last September. Other cities have municipal utilities, making the transition more straightforward. Nine states, including California and New York, have community choice aggregation laws where local customers can combine their purchasing power to strike renewables deals with utilities. In others, clean power commitments are more hopeful and symbolic, depending on pressure from officials, residents, and businesses for utilities to shift.

But Van Horn is in no doubt cities are going to make up for a lack of climate policy at the federal level. “The powerful thing that comes out of the conference is that mayors are saying, ‘This is our vision and we’re going to work with our utilities, residents, businesses, and state policymakers to drive a national conversation about renewable energy,’” she says.

If all the cities in U.S. Conference of Mayors hit this goal, it would cut more emissions than was outlined in the Paris Climate Agreement.

Donald Trump’s decision to leave the Paris Climate Agreement continues to galvanize states and cities to take climate action for themselves. Earlier this month, hundreds of governors and mayors signed on to pledges to keep cutting carbon emissions, as if the United States was still part of the international consensus on global warming. And, this week, many mayors made a more specific commitment: to fulfill all their cities’ energy needs from renewable sources. 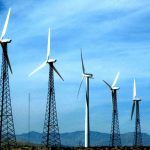 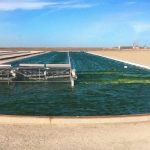 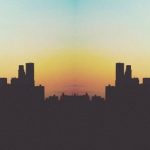 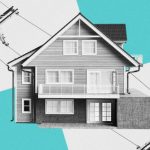 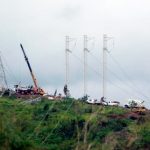 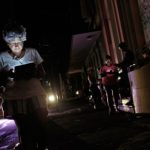 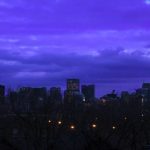 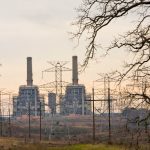 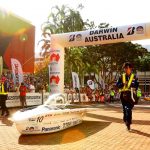 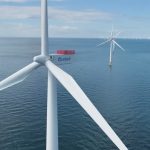