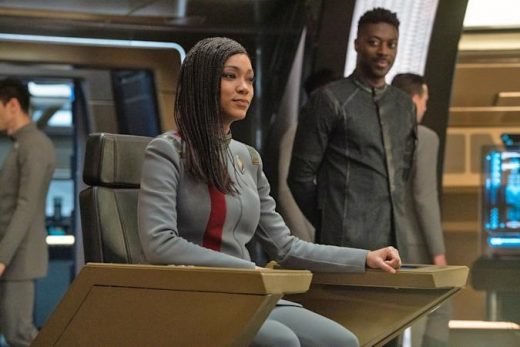 Season four has them fighting a very large spatial anomaly.

While we will have to wait until next year to see what Picard and the crew of the La Sirena are up to, fans of the USS Discovery won’t have to wait as long for their new adventure. During today’s “First Contact” streaming event, celebrating the initial encounter between humans and Vulcans in 2064, Paramount+ announced that season four of Star Trek: Discovery will make its debut later this year, along with a teaser showing off some new footage.

As of the end of season three the Discovery was stranded in the 32nd century, with Michael Burnham occupying the captain’s chair. She’s still in charge, though her and the crew will be wearing snazzy new uniforms in the color scheme we know and love from The Next Generation-era. It appears their quest will be focused on getting the Federation back on its feet after the destruction of warp two hundred years prior. But the quadrant is threatened by some kind of anomaly, one that’s over five light years in diameter.

This announcement came at the end of the “Women in Motion” panel celebrating the impact that Nichelle Nichols had not only on the Star Trek franchise, but the space program itself. A documentary about Nichols, Woman in Motion, is available for rental on Amazon and will debut on Paramount+ June 3rd. 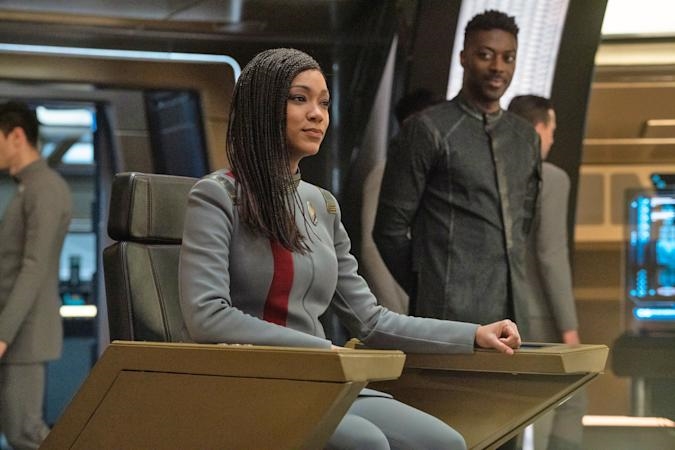