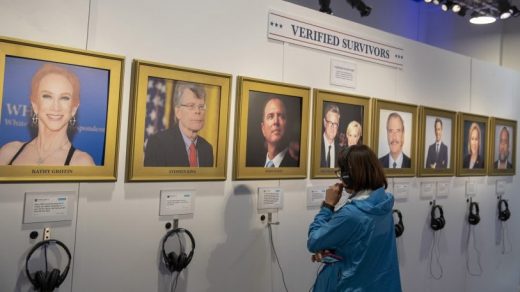 Donald Trump is turning 73 years old on June 14. Comedy Central’s The Daily Show with Trevor Noah is honoring that by bringing its traveling Donald J. Trump Presidential Twitter Library to Washington, D.C. The pop-up exhibit pays tongue-in-cheek tribute to all the ways Trump has used the social network to express his strong opinions.

The installation will run from June 14 to June 16 at The Showroom, an event space just down the street from the White House. It also features a new addition commending the First Lady on her own work. “Melania’s biggest initiative is to combat cyberbullying,” says Ramin Hedayati, a supervising producer with The Daily Show’s digital expansion team. “We’ve created an exhibit that honors that effort, and then also shows some examples of the kind of bullying online that she would want to address.”

You don’t need to be an FBI investigator to figure out that the tweets come from Trump’s own account. “We’ve redacted the perpetrator’s identity in the hope that they will change their ways in the future and not be linked forever to these regrettable tweets,” says Hedayati. “It’s just this ironic twist that she’s going after cyberbullies and she’s married to perhaps the biggest one in the country.”

Other exhibits include a video installation that promises to solemnly display everything and everyone that POTUS has rallied against (it’s called “Sad! A Retrospective”), and testimonials from people about what it felt like to incur his sometimes unexpected wrath (titled “Verified Survivors”). There’s also a formal timeline charting some of Trump’s biggest moments on the platform, including the first time he coined the term, “failing New York Times,” and questioned the authenticity of predecessor Barack Obama’s birth certificate. The most interactive involves a replica of the Oval Office with a golden toilet. After being presented with a “crisis situation,” visitors will have 30 seconds to mount the throne and compose a tweet that somehow addresses it.

The idea for the faux library came from a conundrum that The Daily Show staffers encountered shortly after his inauguration. They were trying to pinpoint the greatest Trump tweet of all time for a potential sketch, only to realize that there was no possible way to pick just one. There were trends in the ways he attacked people, how he’d rant, or when he issued confusing or contradictory statements. Every president since Franklin Roosevelt has had some sort of a historical center paying tribute to their works in office. But Trump isn’t necessarily regarded as a strong writer or philosopher. “These are his documents, these are his papers,” adds Hedayati.

The first pop-up debuted in New York just down the street from Trump Tower in mid-2017. Comedy Central has since held events in Austin, Chicago, Los Angeles, San Francisco, and Chicago, and put out a commemorative book in the summer of 2018. (You can still take virtual tours of some shows.) The challenge now is exactly how to document history as it unfolds. “He’s still tweeting,” says Jocelyn Conn, a producer with The Daily Show.

But it’s also news when he doesn’t. For instance, another exhibit is called “11 Minutes.” It involves correspondents recounting what Conn calls the “harrowing” time period when Trump’s account went totally dark, after Twitter accidentally deactivated it. Once the library was up and running, it added an “In Memoriam” collection of Trump tweets, too: Those messages that were half thoughts or had enough spelling errors to warrant deletion.

The only thing that’s obviously missing from the Donald J. Trump Presidential Twitter Library is a visit from the man of honor. That’s part of why the show stopped in D.C. “We would love for him to see his work displayed, so we want to bring it to him in his birthday weekend,” Conn adds. To that end, The Daily Show has been airing commercials formally inviting the man of “characters” to the event. These are airing on Fox & Friends and The Sean Hannity Show—two Fox shows he seems to favorite.

Hedayati considers this a patriotic service. He points out that Trump’s Twitter popularity has taken a hit since he became president. “His tweets are just not getting the same amount of retweets and likes and replies,” he says. “One of the ideas behind this library is that we’re trying to make his Twitter great again. To remind people that he is one of the most prolific, relentless, incredible tweeters of our generation, if not ever.” 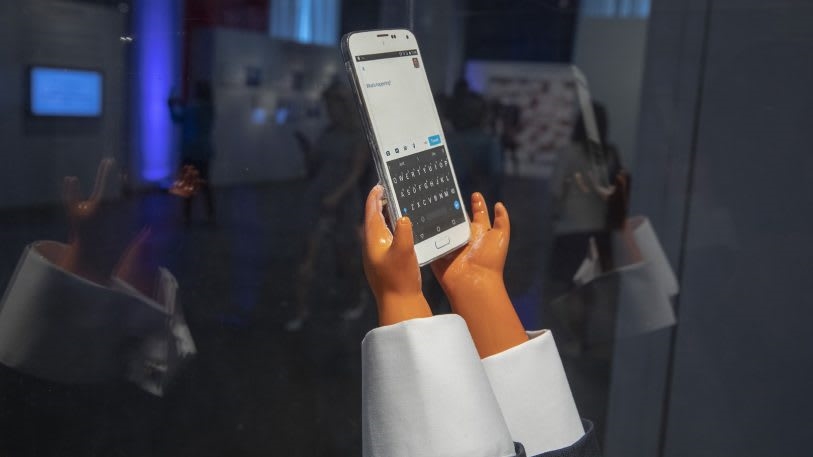 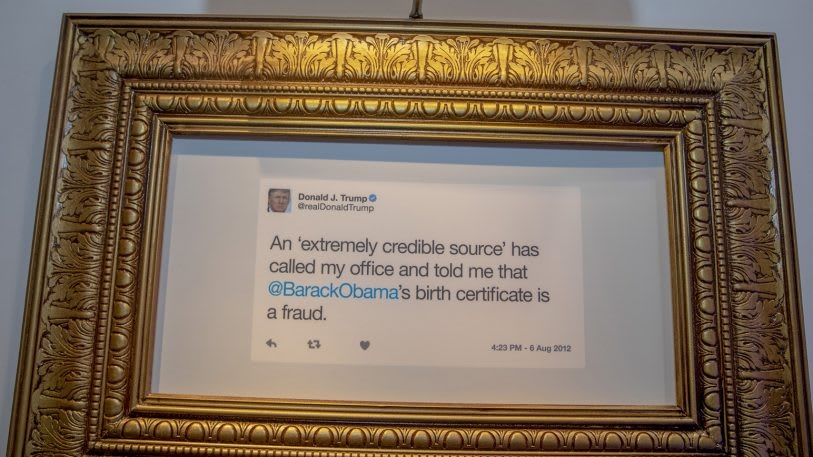 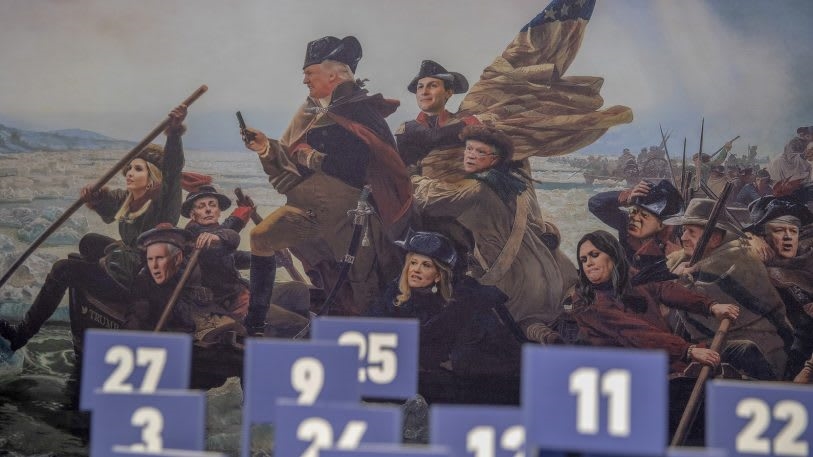 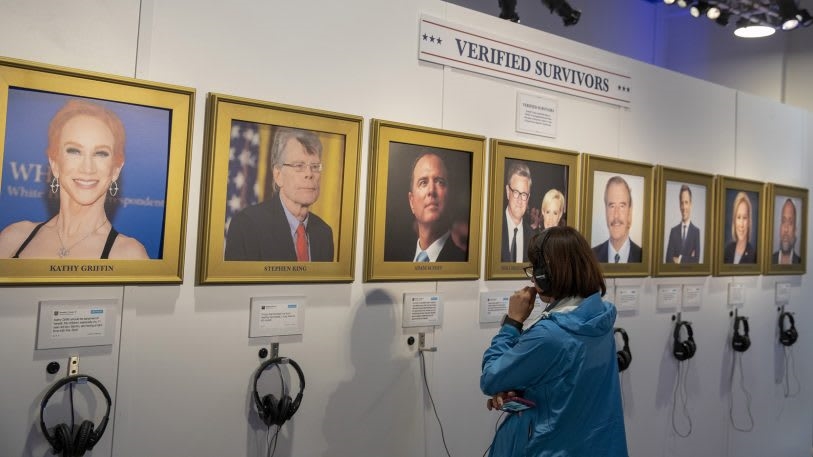 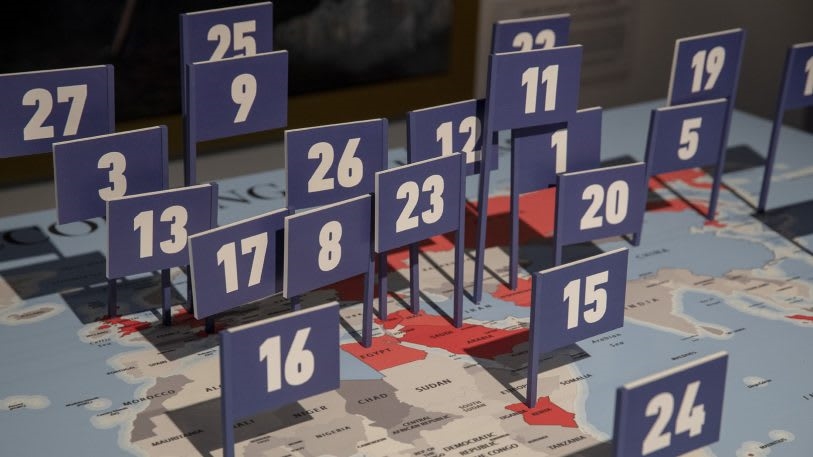