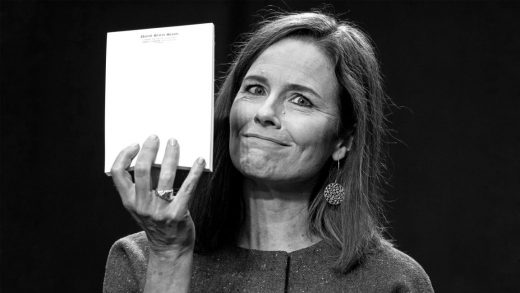 Rarely is an empty gesture so literally empty.

Early on into the second day of the hearing portion of Amy Coney Barrett’s Ford v Ferrari-speed confirmation process, GOP Senator John Cornyn of Texas asked the nominee to lift up her notepad.

The revelation that followed fell decidedly short of what magicians call “the Prestige.”

Sen. Cornyn just asked Amy Coney Barrett to hold up her notes she brought with her.

She held up a blank piece of paper. She isn’t taking notes. She’s that smart. pic.twitter.com/CmoFgMmTvt

It remains unclear how “look ma, no notes!” is intended to convey superior smarts rather than an absence of preparation or seriousness, although the Trump-era GOP clearly considers no theatrics too eye roll-y to put in front of people’s eyeballs.

Fellow Republicans Lindsey Graham and Jim Jordan used the last Supreme Court justice confirmation hearing, for instance, to take turns screaming about how galled they were over Democrats’ insistence on . . . investigating a credible accusation of sexual misconduct against the nominee.

In less heated settings, such as last November’s impeachment inquiry against Trump, Congress members tend to practice a less emphatic form of stunt: signage. The GOP in that instance filled the space with poster boards touting esoteric ephemera (“95 days since Schiff learned the identity of the whistleblower”) while insisting the entire process was a sham.

Democrats have boasted a similar reliance on visual aids during Barrett’s confirmation hearing. However, their usage has been more elegant. Monday’s hearing involved a parade of poster boards featuring images and testimonials of people who will be affected by striking down Obamacare, which many fear Barrett will vote to do if confirmed. These images underscored the Dems’ laser focus on the topic of healthcare that day.

On Tuesday, Democratic Senator Sheldon Whitehouse of Rhode Island used a series of miniature poster boards to walk viewers through an engaging, data-rich presentation on the behind-the-scenes machinations that appear to have played a role in Barrett’s nomination.

Watch Part 1 of Sheldon Whitehouse breaking down the dark money apparatus that spearheads the Federalist Society and Supreme Court nominations like that of Amy Coney Barrett. pic.twitter.com/A0SNrsoGWI

In response, Republican Senator Marsha Blackburn of Tennessee ignored the actual facts of Whitehouse’s presentation and instead applied his focus on “dark money” to revive the anti-Semitism-tinged conspiracy theory that left-leaning billionaire George Soros funds every form of activism the GOP doesn’t care for.

The difference in approaches only further highlights the GOP’s reliance on the pageantry of make-believe during this confirmation hearing.

They are pretending that their Democrat colleagues are making the hearing a referendum on Barrett’s Catholicism, when that is demonstrably not the case.

Joni Ernst is up, focusing her speech heavily on religion, saying Amy Coney Barrett’s opponents keep “attacking your faith and your precious family… attacking you as a mom and a woman of faith.” (Only Republicans have brought up her Catholicism at this hearing.)

They are pretending that Barrett’s position on Roe v Wade isn’t already known; that she might be neutral on this extremely controversial and contentious issue.

Amy Coney Barrett signed an ad calling Roe v Wade “barbaric” and spoke to anti-abortion groups. Now she won’t say whether Roe was wrongly decided. Don’t be fooled: Barrett has an agenda to get on the Court to overturn reproductive rights.

And they are pretending that Barrett’s supposed eminent qualifications are the reason they’re going full speed ahead in her confirmation, despite the fact that COVID-19 relief should clearly be a higher priority in Congress, and the brazen hypocrisy of rushing an election-year confirmation after everything Mitch McConnell has said about depriving President Obama of the same opportunity.

When Amy Coney Barrett held up that blank notepad, she might as well have been holding up a list of compelling reasons for this process’s legitimacy. 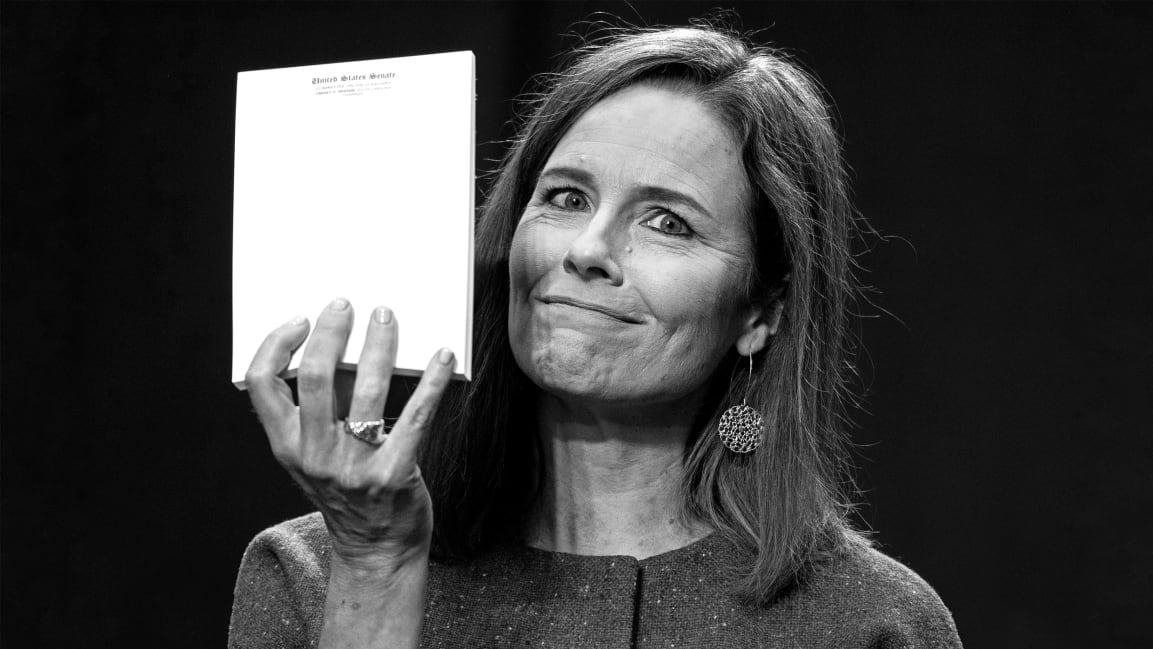